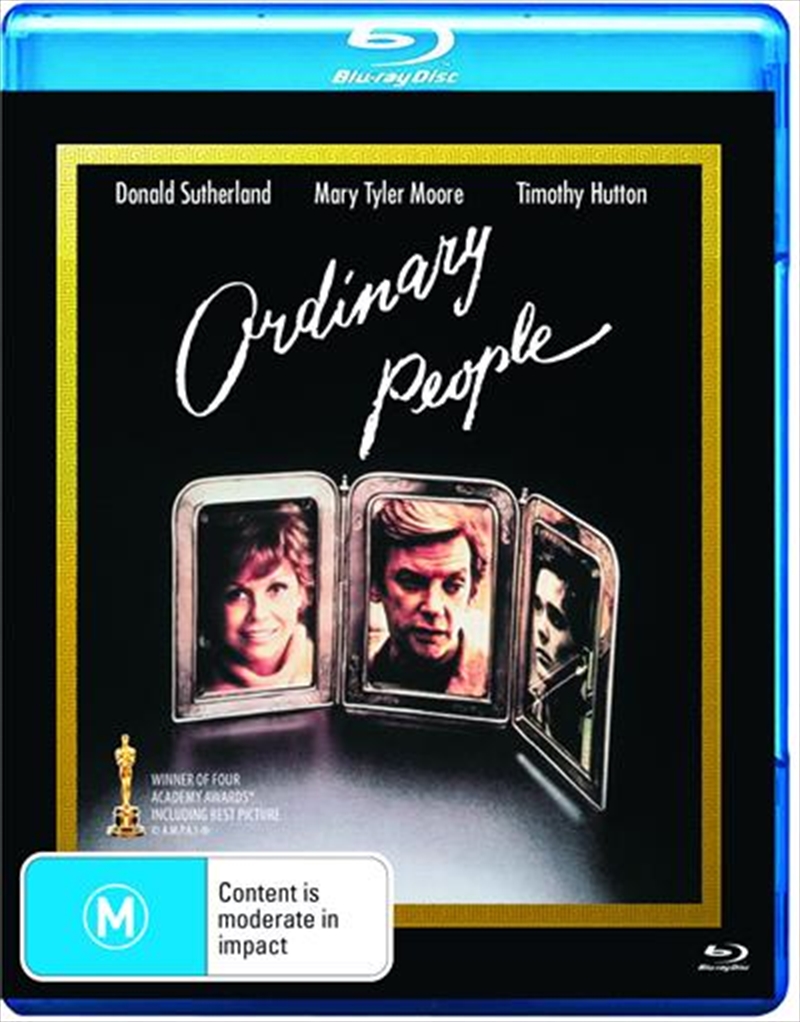 Shipping - See delivery options.
Postcode:
Quantity:
SEE MORE IN:
4 for $50 DVD, Blu-ray & More
Some films you watch, others you feel.

An extraordinary motion picture, Ordinary People is an intense examination of a family being torn apart by tension and tragedy. Donald Sutherland and Mary Tyler Moore star as the upper-middle-class couple whose ordinary existence is irrevocably shattered by the death of their oldest son in a boating accident. Timothy Hutton is the younger son, struggling against suicide and guilt left by the drowning. Judd Hirsch is the empathetic psychiatrist who provides his lifeline to survival. Mary Tyler Moore gives a riveting portrayal of the inexplicably aloof mother. Robert Redfords achievement as director, after more than twenty years as a superstar in front of the camera, earned him an Oscar. Superb performances and masterful direction complement the award-winning screenplay, based upon the novel by Judith Guest.