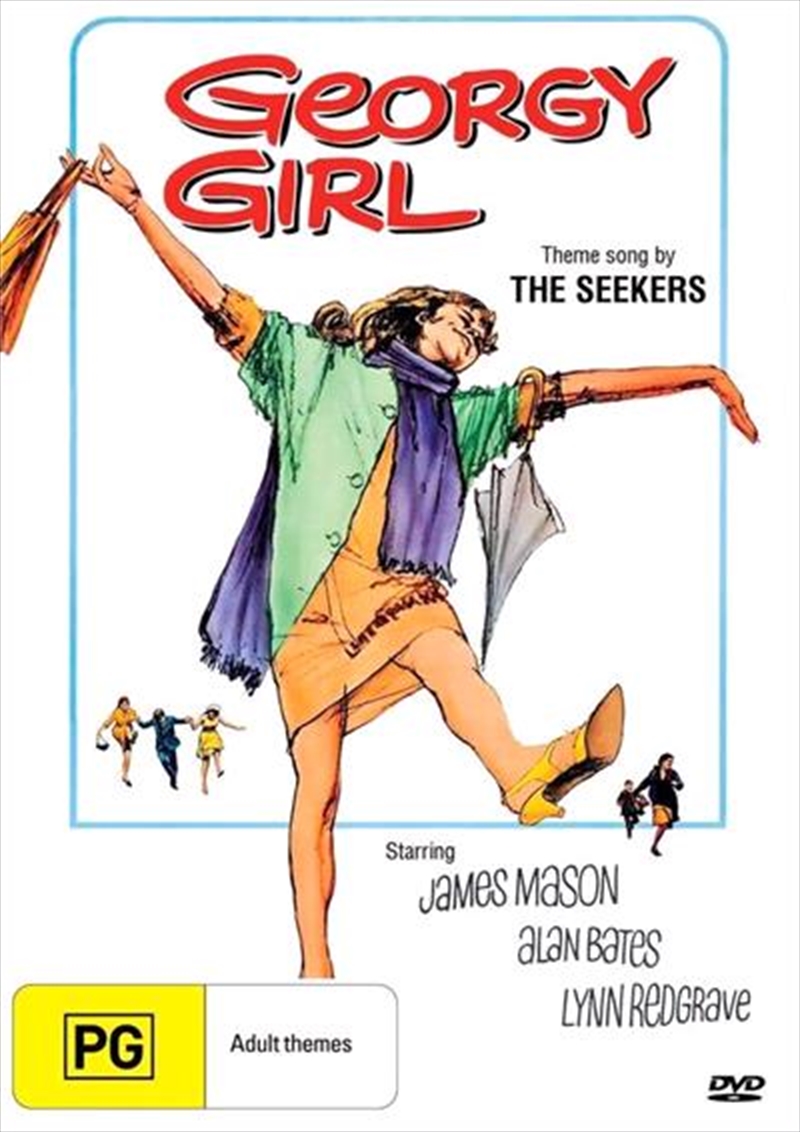 The wildest thing to hit the world since the mini-skirt!

Warm, winning, and fun-loving Georgy doesn't fit into the swinging London social scene, but yearns for a traditional life and traditional romance. She rooms with sultry, moody Meredith, who lives for the moment and next available man. Currently, that man is Joe. When Meredith and Joe have a baby, Meredith is indifferent, but Georgy is thrilled and winds up taking care of the baby. Now, radiant with motherly feelings, Georgy suddenly becomes the object of desire of a wealthy widower and - Joe! Lynn Redgrave garnered international attention in her role as a girl named Georgy, who marries a wealthy older man so that she can give her roomate's abandoned, illegitimate baby, whom she loves, a home. Earning four Oscar nominations the title song was a hit on two continents for the singing group The Seekers.