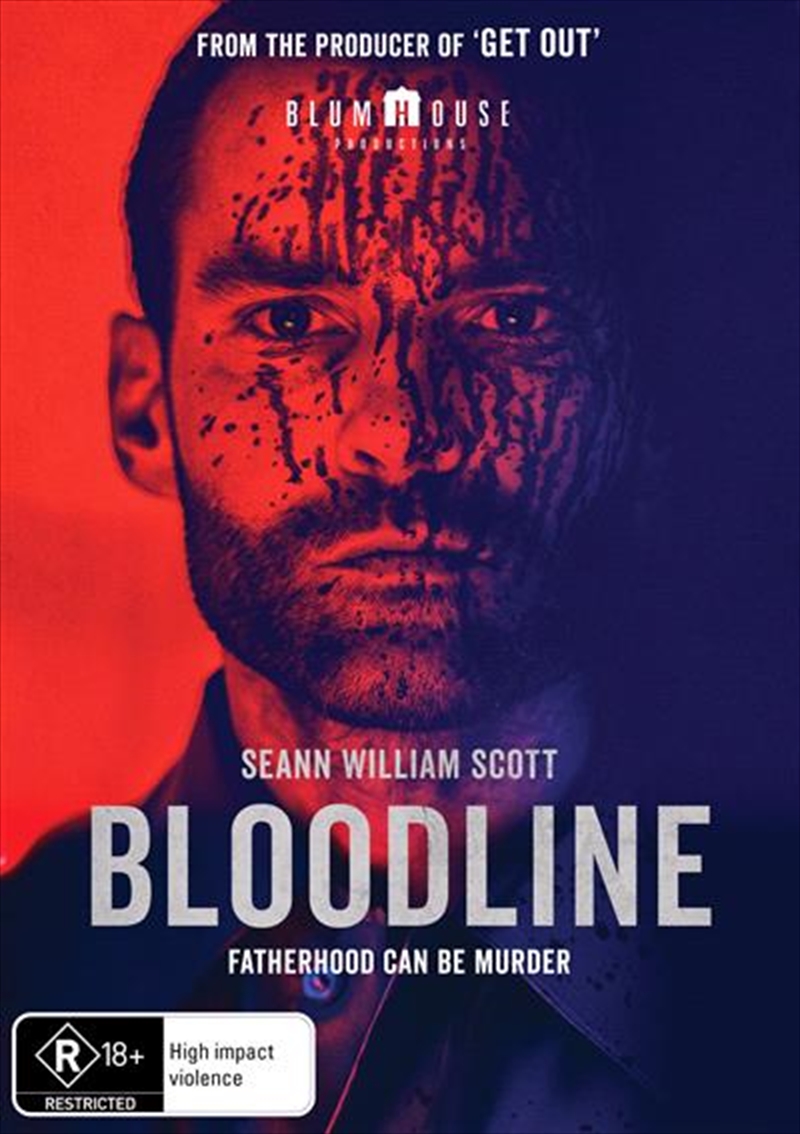 Fatherhood can be murder.

From the producers of 'Us' and 'Get Out' an ultra-violent thriller in the vein of 'Dexter.' Evan (Seann William Scott) values family above all else, and anyone who gets between him, his wife, and newborn son learns that the hard way. But when it comes to violent tendencies, it seems the apple doesnt fall far from the tree.

Review of Bloodline by Peter Walkden

Evan (Sean William Scott) works as a full-time guidance counsellor at a local high school. He’s also a family man with a new baby boy. But Evan has a mysterious past, particularly when it comes to his childhood. While Evan may seem like a family man who is helping out young teenagers… Evan is actually a serial killer. When student tell him about their awful parents (abusive etc.) Evan goes out in the middle of the night and conducts murders to help his students with their bad situations. These murders are normally gruesome and violent as Evan considers this as revenge and fair.
Actor Sean William Scott (who is best known for his crude roles in the American Pie franchise) gives a performance which was very surprising here. Not only is this the first time the actor has been a leader in a horror film, but I feel his overall performance was rather solid and positive.
The film’s style is also fun. A funky synth soundtrack was enjoyable, but the director has also used some creativity when it comes to certain shots, such as the use of split-screen. Littl
e moments like these were exciting to see and was a nice compliment to the horror genre. Overall, I love seeing actor Sean William Scott in this horror genre, and I hope to see more of him in films like this in the future. He was a great element to this film along with the film’s look, tone, filming style and even the soundtrack which all worked together.