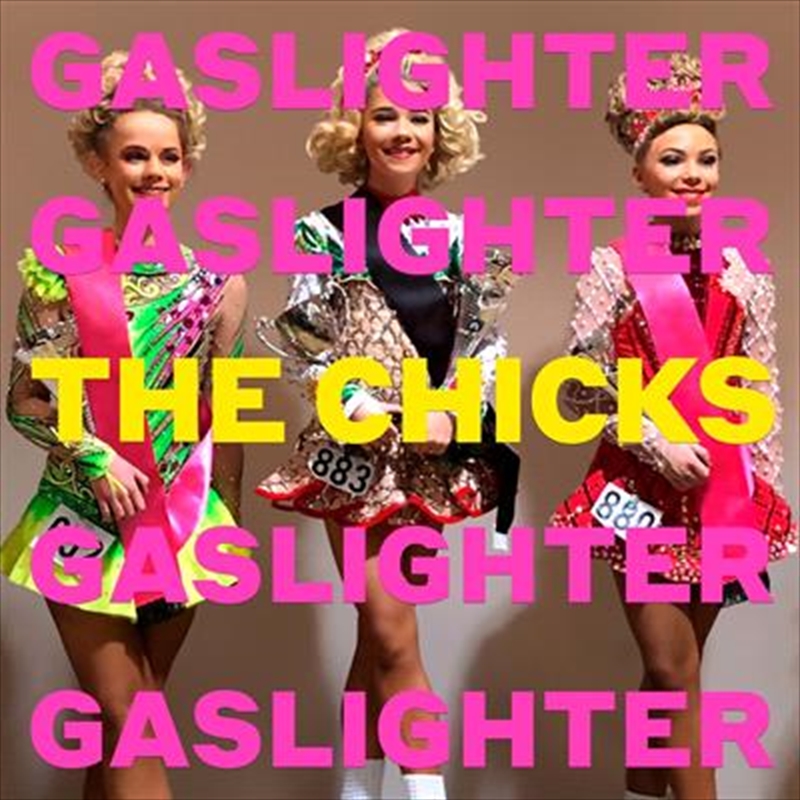 The Dixie Chicks return with their first new music in more than 14 years with new album Gaslighter featuring the lead single of the same name.

Since the release of their debut album, WIDE OPEN SPACES in 1998, the Dixie Chicks’ music has stirred emotions in fans across the world, making them one of the most influential bands of our time.

They are one of 22 acts with multiple US "diamond" albums, for both WIDE OPEN SPACES (1998) and FLY (1999). With over 27.5 million albums sold in the US, The Dixie Chicks are the top-selling female group and top-selling country group since Nielsen started tracking sales.

The Dixie Chicks have also won 13 GRAMMY Awards, five of which were from their 2006 record-breaking album, TAKING THE LONG WAY, which won for Album, Record, & Song of the Year.

Review of The Chicks - Gaslighter by Thomas Bleach

Detailing the different intimate stages of a divorce, The Chicks’ eighth studio album ‘Gaslighter’ is a cathartic release of emotions that hears Natalie Maines telling it exactly how it is.
It’s been 14 years since the iconic country music trio have released an album, so there was a lot of speculation around how this body of work would sound and feel. Teaming up with Jack Antonoff, who has most famously recently worked with Lorde, Taylor Swift, Lana Del Rey and Carly Rae Jepsen, they’ve taken their classic sound and brought it into a whole new light.
Opening with the fiery lead single and title track ‘Gaslighter’, they lay down the storyline of the ultimate betrayal in a marriage; cheating. Rolling into one of the albums catchiest and boldest tracks that whole heartedly deserves a place on heavy rotation radio, ‘Sleep At Night’ addresses the morality of how someone can actually live with tearing a marriage up so carelessly.
As the album progresses, they reflect on all the different sides of divorce from just trying to get by on ‘Texas Man’, understanding why no one can see the evil behind your ex on ‘Everybody Loves You’, reflecting on the past on ‘My Best Friend’s Weddings’, and learning to love yourself again on ‘For Her’.
However one of the most lyrical commanding songs on the album is ‘Tights On My Boat’. This is where Maine reveals all in one of the most sassy and empowering deliveries as she owns her pain.
Opening with the lyrics; “Okay, I hope you die peacefully in your sleep. Just kidding, I hope it hurts like you hurt me. I hope that, when you think of me, you can't breath”, there is a little bit of angst driving her pain, and it’s so relatable.
The album cohesively stays in the post-marriage storyline throughout the full duration except for ‘March March’ which hears them offer some of their infamous political views. And they also get quite intimate on the emotionally charged ‘Julianna Calm Down’, ‘Young Man’ and ‘Hope It’s Something Good’.
Closing the album with the beautifully sombre ‘Set Me Free’, Maines asks for her ex husband to set her free of the emotional pain and hurt he’s put her through. It’s a very poignant and perfect way to close this deeply personal, angsty and emotional album.
‘Gaslighter’ is an album that will take you on an emotional rollercoaster of emotions. It’s one that will have you feeling every emotional chord, every angsty lyric and every soulful melody. It’s a stunning divorce album that you didn't know you needed in your life.