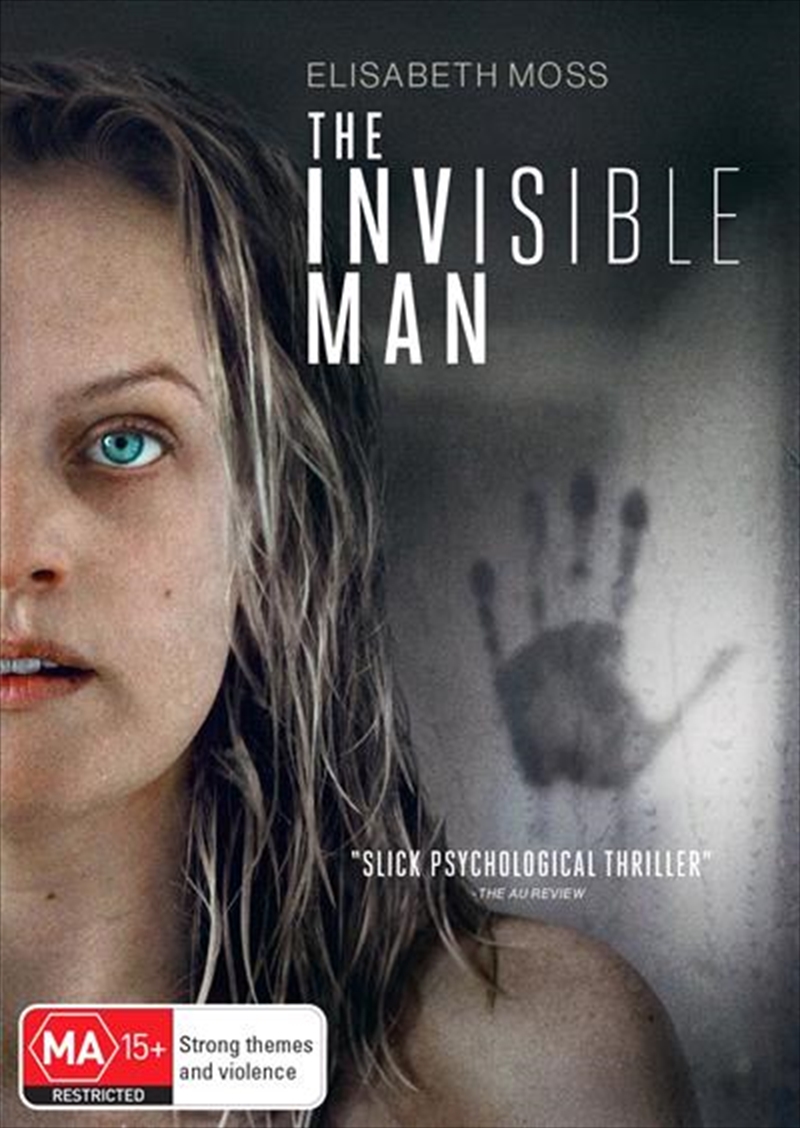 What You Can't See Can Hurt You

When Cecilia's abusive ex takes his own life and leaves her his fortune, she suspects his death was a hoax. As a series of coincidences turn lethal, Cecilia works to prove that she is being hunted by someone nobody can see.

Review of The Invisible Man by Peter Walkden

Cecilia (Elizabeth Moss) escapes from her abusive boyfriend. Two weeks later, she is still living in fear, but she is soon informed that her ex-boyfriend has committed suicide. Cecilia inherits a vast fortune from his will. Now feeling free of her dark past, she tries to move on and start a new life. All is going well until she begins to have suspicions that her dead ex-boyfriend might not be dead after all. Now a mysterious “Invisible Man” figure is destroying her life and the ones around her.

As I started to watch this film, I was extremely excited to see a movie bringing “The Invisible Man” back into the horror and thriller genre. While the title feels like a remake, I welcomed it because it feels so long since movie lovers had An Invisible Man film (Hollow Man - 2000 comes to mind).

Elizabeth Moss does a fantastic job playing the lead. A character who is dealing with an abusive past and questioning a new “invisible presence” would be a challenge to play on screen, but I am proud to confess that she’s quite enjoyable in this role. As for suspense, there is lots of it here. For the most part, these moments were creative, and it is obvious the director is avoiding the typical jump scares.

As for effects they were also great. There is lots of creativity as to how this invisible presence starts to ruin Cecilia’s life and haunt her. I cannot speak negatively about the visual effects. The film’s audio was also a nice compliment to the visuals as it felt futuristic and gave a sci-fi vibe, like films such as “Upgrade” 2018 (same director).

Overall, The Invisible Man is a new film even if the story and concept feels repetitive. It’s also a film loaded with stunning CGI effects, suspense & stunning performances.gn were also pleasing too. Easily the most fun element of this film comes from the actor Jim Carrey who brings a familiar and yet welcoming performance as the film villain.

Review of The Invisible Man by Christopher Pattison

Back In 2017, Universal Pictures attempted to get their ‘Dark Universe’ Cinematic Universe off the ground with ‘The Mummy’ directed by Alex Kurtzmann starring Tom Cruise for a second time. The first attempt was in 2014 with 'Dracula Untold'. Both of these films were an attempt to create a popular Cinematic Universe similar to the Marvel Cinematic Universe (MCU) with a popular Universal Pictures Intellectual property (IP). Due to a mixed reception and underwhelming numbers at the Box Office, the studio went back to the drawing board to see what they could come up with. Enter producer Jason Blum… Jason Blum and his studio ‘Blumhouse Productions’ who specialise in small, low-budget, independent horror films, joined forces with Universal Pictures to bring one of their most iconic characters to life, ‘The Invisible Man’ based on the H.G Wells character.
Australian Writer/Director/Producer Leigh Whannell (Upgrade & Insidious: Chapter 3) who was Director James Wan’s writing partner for years (‘The Conjuring’, ‘Saw’, ‘Dead Silence’ and The ‘Insidious’ films), signed on to helm the project with Elizabeth Moss set to star. With a quick production turn around, ‘The Invisible Man’ hit theatres in the midst of the global COVID-19 pandemic and therefore resulted in the film only having a limited cinematic run. I was one of the lucky few who got to experience this one in cinemas and I am so glad that I did.
So how was ‘The Invisible Man’? If I were asked tomorrow what my favourite film of 2020 was, my answer would be ‘The Invisible Man’! This film is meticulously crafted, beautifully acted and masterfully directed, that it feels distant from the films that it is based upon. What I mean by this is that the film feels like a mature exploration into fear, emotional abuse and mental abuse, that it does not feel like the traditional monster films we are used to starring the character of the Invisible Man’. H.G. Welles' character was a tortured scientist that inexplicably turned himself invisible. This classic trope is explored wonderfully in the original film and its subsequent sequels from the 1930’s and 40’s; however, in the modern film landscape, these aspects would not hold up as well. Here The Invisible Man (so to speak) is more sinister in nature, with obvious metaphors for the invisible nature of mental and emotional abuse as well. The film deals with these themes in a mature and artistic manner, making the film feel fresh and different.
The way Whannell chooses to showcase this on screen is through a fantastic opening sequence where Cecilia (played brilliantly by Elizabeth Moss) is escaping from her boyfriend Adrian (played by Oliver Jackson-Cohen) through his compound of a house. Here we see everything we need to know about their relationship, both Cecilia and Adrian’s personalities and plot devices in the film including the invisible suit and other items that come into play later in the film. This type of visual storytelling is so important and something audiences do not get enough of these days in mainstream cinema. We as audience members, have become accustomed to exposition sequences in film, that spell-out exactly what is happening in a film. Which is fine depending on the type of film, but here it is more important that visually we see these elements on screen rather than being told through exposition. It has more weight and effects the way the story is told greatly. Here Whannell relies on the audience to examine each frame to see the little nuggets of information that he has sprinkled throughout the frame, to reward audiences for paying attention. It is wonderful and is my favourite aspect of this film.
As mentioned, the performances are wonderful, in particular Elizabeth Moss. She carries the weight of this film on her shoulders and she pulls it off in spades. The performance required from her is very physical, with her posture and many other action sequences relying heavily on her physicality and she does a great job with this, selling everything terrifically, feeling like a real person, which is the greatest compliment (I believe) that you can give an actor/actress. The film's visual style is also very sleek. Australian director of photography (DOP) Stefan Duscio does a great job with these camera shots and angles, highlighting the absence of someone in the shot rather than constantly showing us what is going on. By using this simplistic approach to the horror, it is quite off-putting and unsettling and works well in the film. ‘The Invisible Man’ is a massive step in the right direction for Universal Pictures classic monster stories. Focussing heavy on character and a director's vision rather than the branding and sequel set-up. The film feels organic with a great emphasis on strong characters and highlighting Leigh Shanell's flare for telling a unique and engaging story through masterful direction and visual storytelling.
‘The Invisible Man’ is clever, powerful and perfectly executed. This is one of the better made mainstream horror films in recent memory and is well worth your time. I am giving ‘The Invisible Man’ a 9.5/10. Next up in the classic Universal Pictures monster films reimagining is ‘The Wolfman’ starring Ryan Gosling, let’s hope they can continue this streak… Pick up ‘The Invisible Man’ on Blu-Ray or 4K UHD today!
Chris has written this review for Sanity. See more from Chris here