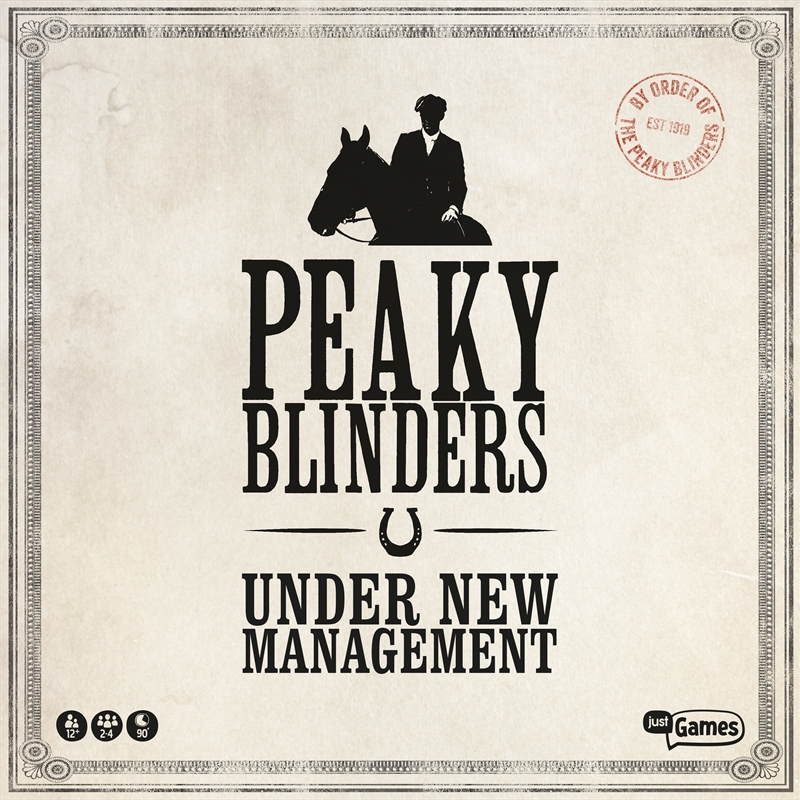 This place is under new management, by order of the Peaky Blinders.

Travel back to the golden twenties, to the city Birmingham after the first World War. Play your own role in an exciting gangster war between different factions. Increase your personal stats, charisma, strength and intellect, to overcome your enemies and accomplish your missions. But you can't do this alone. Create a network of friends and foes, invest in rum, car parts, weapons or horse racing and go head to head with your biggest competitor to become the most fearsome gangster in Birmingham!

Peaky Blinders: Under New Management is a strategic and economical board game. The game can be played from two to four players and is a heavy game that usually takes longer than an hour. The game contains lots of components like cardboard gameboards, wooden tokens, cards and miniatures. The goal of the game is to control a certain part of England by investing, gambling and placing the right components at the right time. The game is a balance between luck and strategy, with a worker placement, dice rolling and resource management theme.