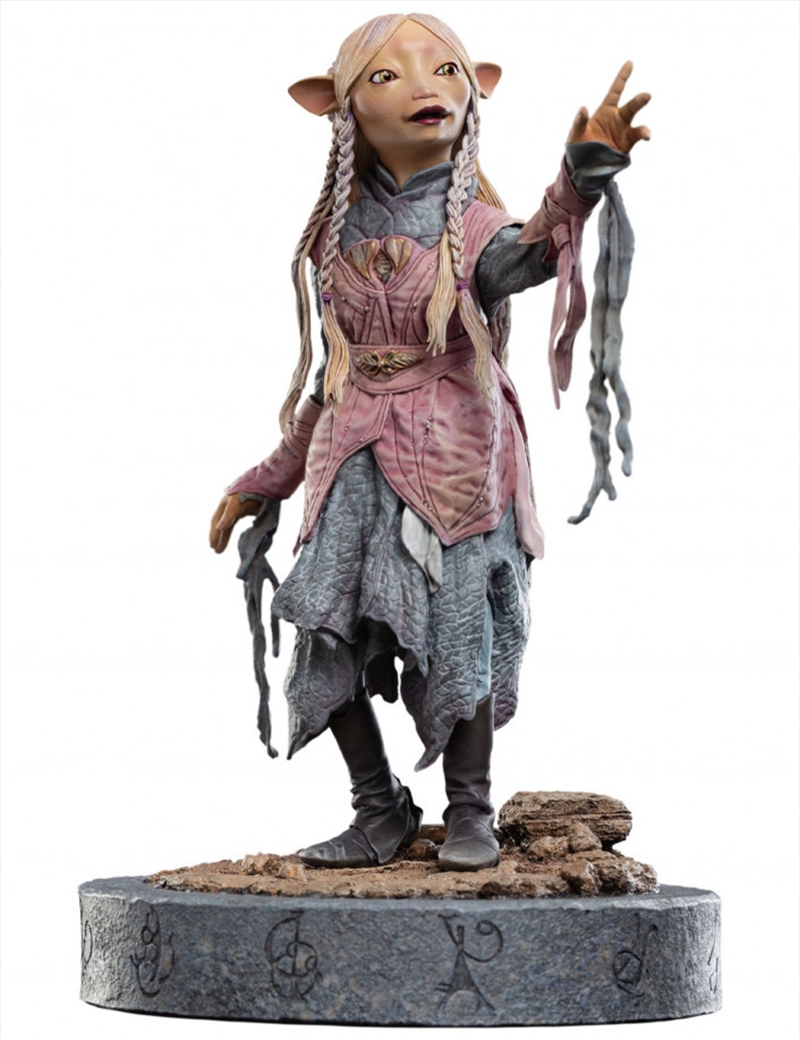 Youngest daughter of All-Maudra Mayrin, Princess Brea was spared the duties of an heir in training: those responsibilities falling upon eldest sister Seladon. Where her middle sister Tavra took up the sword to become a warrior, Brea’s insatiable curiosity propelled her into more academic pursuits.

Brea’s freedom often set her at odds with duty-bound Seladon, who begrudged their mother’s indulgence and was frustrated by what she deemed Brea’s childlike naivety. When Brea’s thirst for knowledge lead her to a profound discovery, Seladon’s heart was hardened by jealousy and hurt. For beneath the very throne of the All-Maudra lay a secret that would shatter the Gelfling subservience to their Skeksis lords.

In the tumult that followed, Brea would find herself pitted against the wrathful Lords of the Crystal, forced to flee her home and be labelled a traitor in the wake of unimaginable tragedy. Despite pain and loss, she would rebuild bonds of love and rise to fight for Thra.

The three different sized circular bases across our 1:6 scale Dark Crystal range represent the three suns in the skies of Thra; the dying sun, rose sun, and great sun. Familiar iconography from the floor of the Crystal Chamber are featured around the outside. Spy the symbols of the UrSkek, which have since been appropriated as signs of discord and Skeksis aggression.