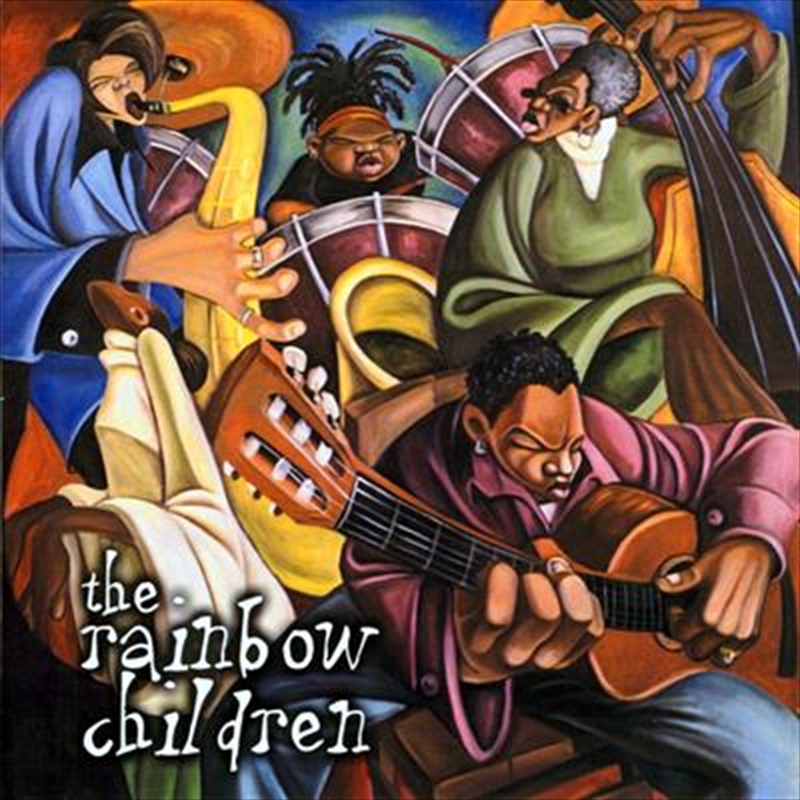 Prince's 24th studio album, The Rainbow Children was initially sold on Prince's trailblazing website the NPG Music Club, and was commercially released on November 20, 2001 on NPG Records. It was the first album (outside of the works he distributed through his NPG Music Club) to be released under the name Prince since he had changed his name to an unpronounceable symbol in 1993, and it was his first fully independent release to be issued without any major label backing.

The Rainbow Children is a concept album intertwining Prince's recurring themes of spirituality and sexuality, love and social consciousness, set in a metaphoric utopian narrative. Musically, the album showcased a new jazz-influenced direction for Prince, with live drums and expansive horn charts. The album's original cover artwork – the Cbabi Bayoc painting "The Reine Keis Quintet" – holds a place of honor at Prince's Paisley Park to this day, and is displayed in his NPG Music Club Room.

One of the songs from The Rainbow Children, "The Work, Pt. 1," was released by Prince as a free download on the controversial file-sharing service Napster; this move, along with direct-to-consumer (D2C) streaming and download options on the NPG Music Club, solidified Prince's reputation as a digital music pioneer.

B3. The Sensual Everafter