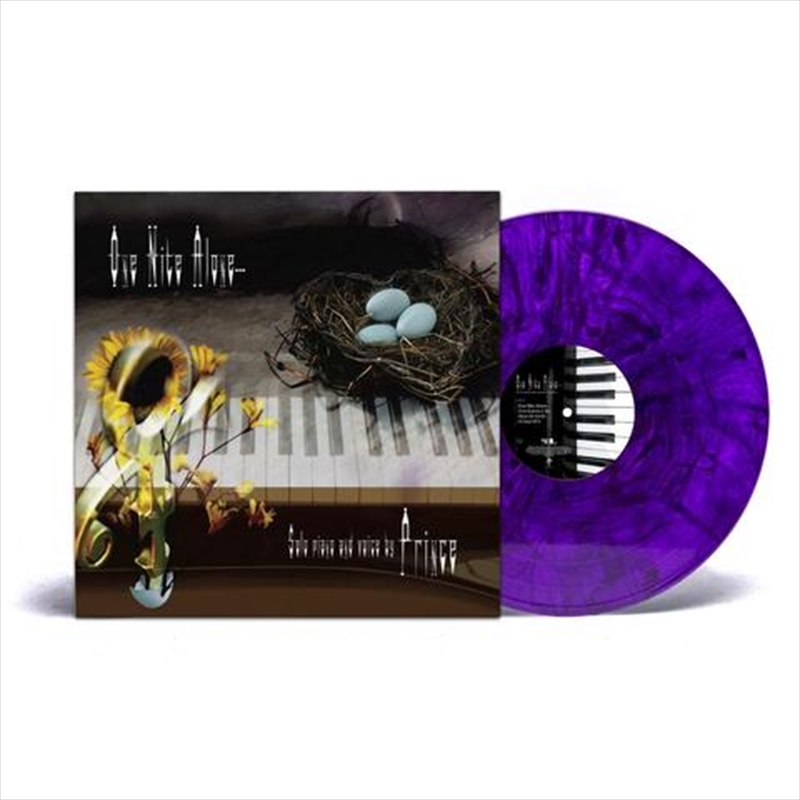 Prince's 25th studio album, One Nite Alone..., was released on May 14, 2002 by NPG Records and features the artist singing and accompanying himself on piano, making only occasional use of other instruments. The album includes favorites like "U're Gonna C Me" and a cover of "A Case Of U," written by one of Prince's biggest musical influences, Joni Mitchell. One Nite Alone... was initially released as a gift to members of the NPG Music Club, and was available as a separate album and included in the limited edition One Nite Alone... Live! box set. While One Nite Alone... was never sold in stores, it became a highly-desirable release. Original CD copies are collectible rarities, and many fans have only heard the album through MP3 file-sharing. One Nite Alone... will be released as a single LP pressed on purple vinyl.

A1. One NIte Alone

A3. Here On Earth

B2. Objects In The Mirror

B5. Young and Beautiful