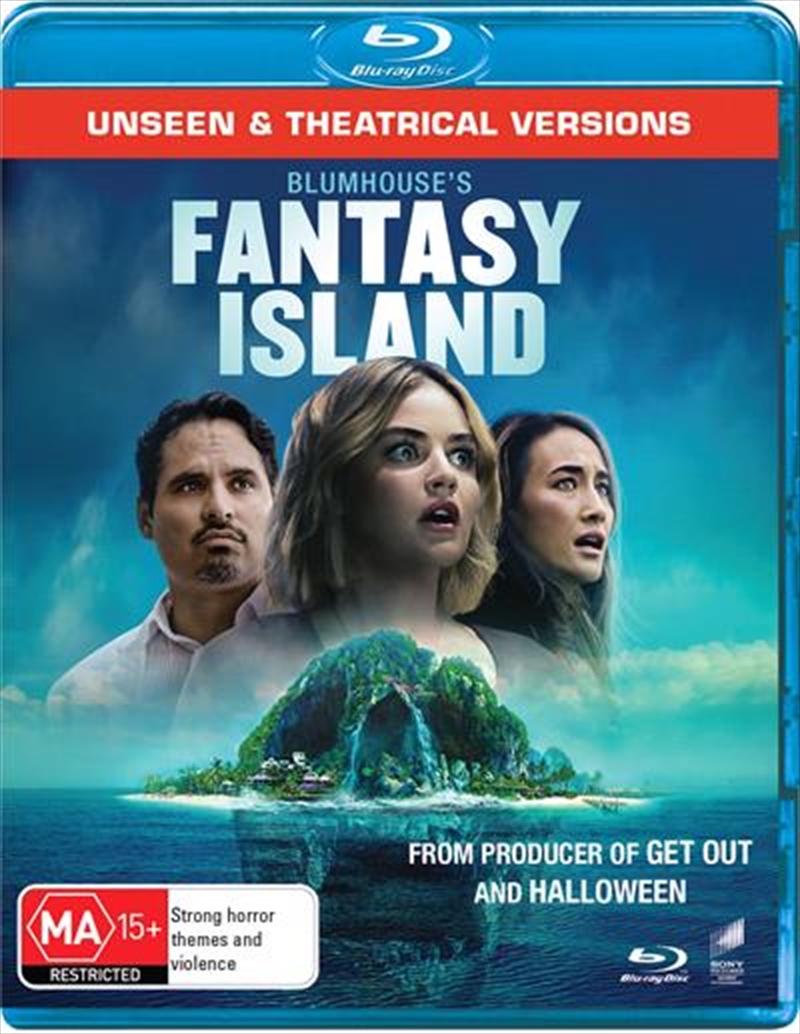 A horror adaptation of the popular '70s TV show about a magical island resort. A group of contest winners arrive at an island hotel to live out their dreams, only to find themselves trapped in nightmare scenarios.

Producer Jason Blum and his studio Blumhouse Productions have made a name for themselves producing small-scale, low-budget horror films to great financial success. The films are made for low-budgets (Usually less than $10 Million) and all of them make a decent profit. They have experienced great success with ‘Get out’, ‘Split’, ‘Happy Death Day’, ‘Paranormal Activity’, ‘Sinister’ ‘Truth or Dare’ and ‘The Purge’, just to name a few. This formula has worked very well, allowing directors and creative teams to take control of their projects and really tell their own stories and allowing them to execute their own vision. A lot of studios don’t allow for this type of control, which allows Blumhouse to remain unique and innovative. ‘Fantasy Island’ is a modern-day, horror adaptation of the 1970’s cult-classic tv series of the same name. This is writer/director Jeff Wadlow’s second film with the studio, after directing the 2017 film ‘Truth or Dare’, which was also a huge financial hit for the studio. So how was ‘Fantasy Island’? The film blends fantasy, horror and comedy well, finding its own unique tone and creative way of adapting this source material to a modern audience without disrespecting the source material for fans of the original as well. Wadlow directs an all-star cast, with the likes of Michael Pena, Lucy Hale, Maggie Q and Michael Rooker amongst the film’s stars. All the performances are solid, with Pena and Rooker in particular hamming it up, gleefully self-aware of the absurd nature of the film's premise and having fun with the material. I love Michael Rooker in particular and it is cool to see him take a role like this, which really plays to his strengths as a performer. The film's fantasy set-pieces are also a lot of fun, with a great mixture of dread, suspense and adventure, allowing the story to feel fresh, creative and innovative. The lush, tropical back-drop of the film also allows for some great sequences too, with the location playing a large role in the film's execution in a lot of the sequences and adding to its overall appeal and unique feel. The tropical backdrop is also a setting for a horror film that we have not seen a great deal of, sure it has been used before but not like this. ‘Fantasy Island’ is a must see for horror fans, with a fun premise, a likeable cast of characters and a great setting that will please horror audiences and provide entertainment for those after a good “rainy-day thriller”. Pick it up on Blu-ray and DVD today!

A small group of people win a competition which allows them to fly to a mysterious place known as "Fantasy Island". The host of this island, Mr Roarke (Michael Pena) explains to his guests that they can choose any fantasy and have it fulfilled while they stay on the island. Their desires can finally be received, or any wrongs can be corrected.
Each person in the group have different requests for Mr Roarke. Some of these people are Melanie (Lucy Hale) who wishes to get revenge on an old bully, Gwen (Maggie Q) who wants to correct the wrongs with a former boyfriend and has desires to lead a long life of marriage with a daughter she never had. The list goes on. For those of you who are not aware, Fantasy Island (2020) is in fact-based off a well-known TV Series which featured back in 1977. Unlike this film, the TV Series was in fact "family-friendly". This time we have Blumhouse taking the same premise and concept but adding the secret ingredient of horror.
Fantasy Island doesn't have much to do in regards to its setup or an introduction to its characters. We gain more information about them as they begin there Fantasy's. The film follows each of the five characters weaving their stories back and forth. But some fantasy's can lead to being more a horror then living the dream.
I enjoyed the film's setup, and I was personally curious to know how this film would compare with the Tv series. I was also interested to see how the horror aspects would work in this film. People wanting to have fantasies completed doesn't sound that scary on paper.
Visually for the majority of the film, Fantasy Island is an excellent looking film with solid colours and feels relatively sharp all around. Performances are over the top and filled with one-liners which may not appeal to all.
Overall, Fantasy Island brings a great concept to the screen. What was once a beloved TV series from the '70s has now been turned into a horror film. Even if you're not familiar with the once known TV series, this film has been made for those seeking a new style of horror with brainless twists.