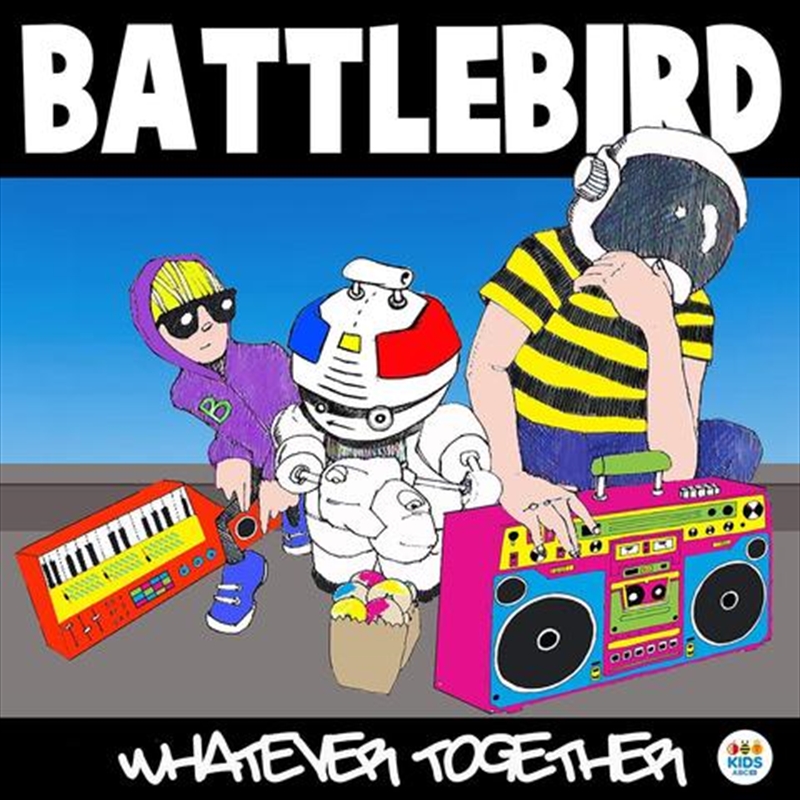 Battlebird is the unlikely trio of Lucky Luke, twelve-year-old Elliot 'The Kid', and Scooter - their trusty robot DJ/hype-man. The Canberra-based band formed in 2015 when Luke noticed Elliot (then 7) was struggling to adjust and make friends at his new school. Luke, having suffered from shyness himself as a child, had learnt from experience that music-making was a great way to help build confidence and self-esteem. After spending a few fun-filled months goofing around in the garage with some old synths, drum machines and recording equipment the pair knew they were onto something special. After picking up a dusty 80's robot at a garage sale, the Battlebird band line-up was complete!

Battlebird's debut album Life is Good was released by ABC Kids in 2016, and was described by Babyology as "the perfect mix of music that's fun for kids and good for grown-ups too...a bit gritty, full of whining guitar, electronic effects and distorted vocals. Being a kids' band, the pop-culture packed lyrics, mention doughnuts and pop-rocks so often, you might start to crave a sugar binge". Another review described Battlebird as a kid's band that is "more Daft Punk than Dorothy the Dinosaur [drawing] clear inspiration from 90's Beck and old-school Beastie Boys... With an emphasis on fun, upbeat party jams with titles such as 'Gelati Party' and 'Bounce to the Beat' – their music lies somewhere between Hot Potato and Hotline Bling".

Fast-forward 3 1/2 years, with a slew of festival appearances (Fairgrounds, Lost Paradise, Kidtopia) and musical milestones under their belt, Battlebird is thrilled to be releasing their new album "Whatever, Together". Recorded meticulously over a period of two years, the catchy, uplifting beat-heavy album sees Elliot take lead vocal duties on a number of tracks, including lead singles 'The Kid in NYC' and 'Another Summertime Jam'.

Aimed at Elliot's peers, the oft-neglected tween age-bracket, Battlebird's undeniable party jams will also appeal to both young and old. So hop on board with Battlebird as they get set to surf the 2020 airwaves with their sugar-rush style of intergalactic-boombox-pop!

2. Party to the Left

7. Going Back to the Future