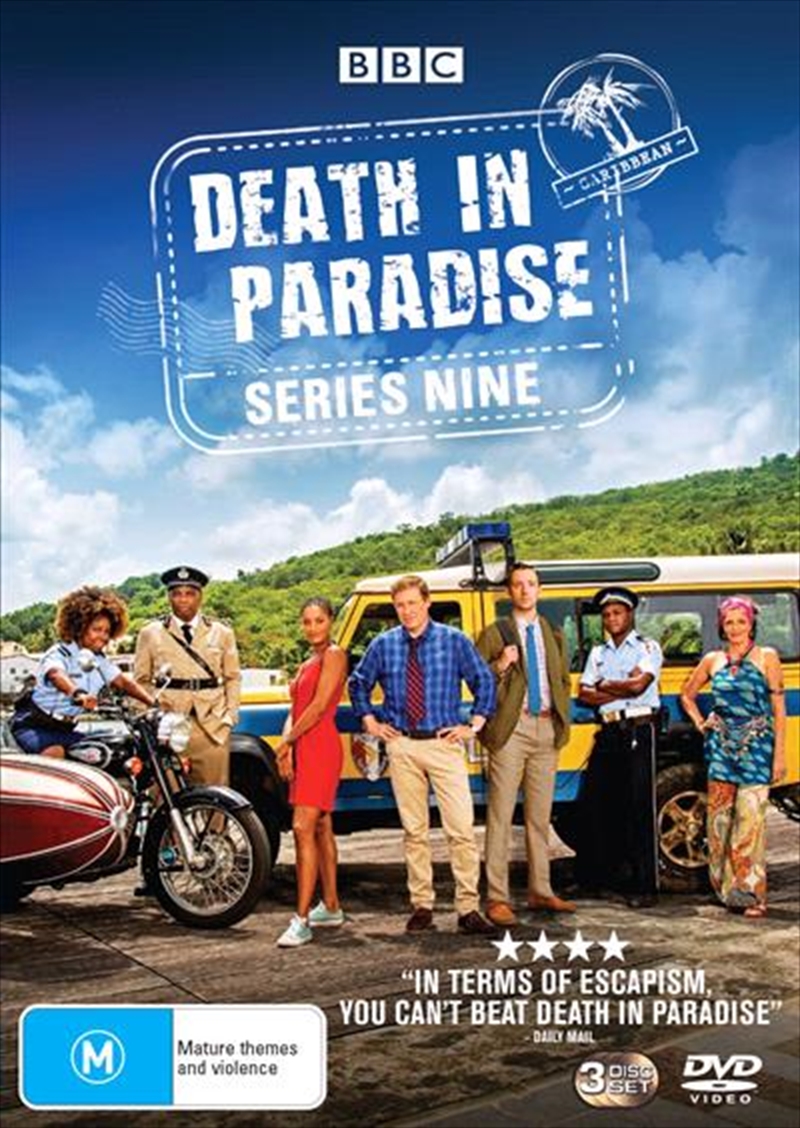 Shipping - See delivery options.
Postcode:
Quantity:
SEE MORE IN:
2 for $40 TV Death In Paradise All 2 for $40 Crime TV BBC
DI Humphrey Goodman and his team are back trying to solve the most baffling murders they've ever faced...

A British inspector is transferred to Saint-Marie's police department, but he hates the sun, sea and sand. The series follow his investigations into murders on the island. Later series see another British DI head the investigative team.