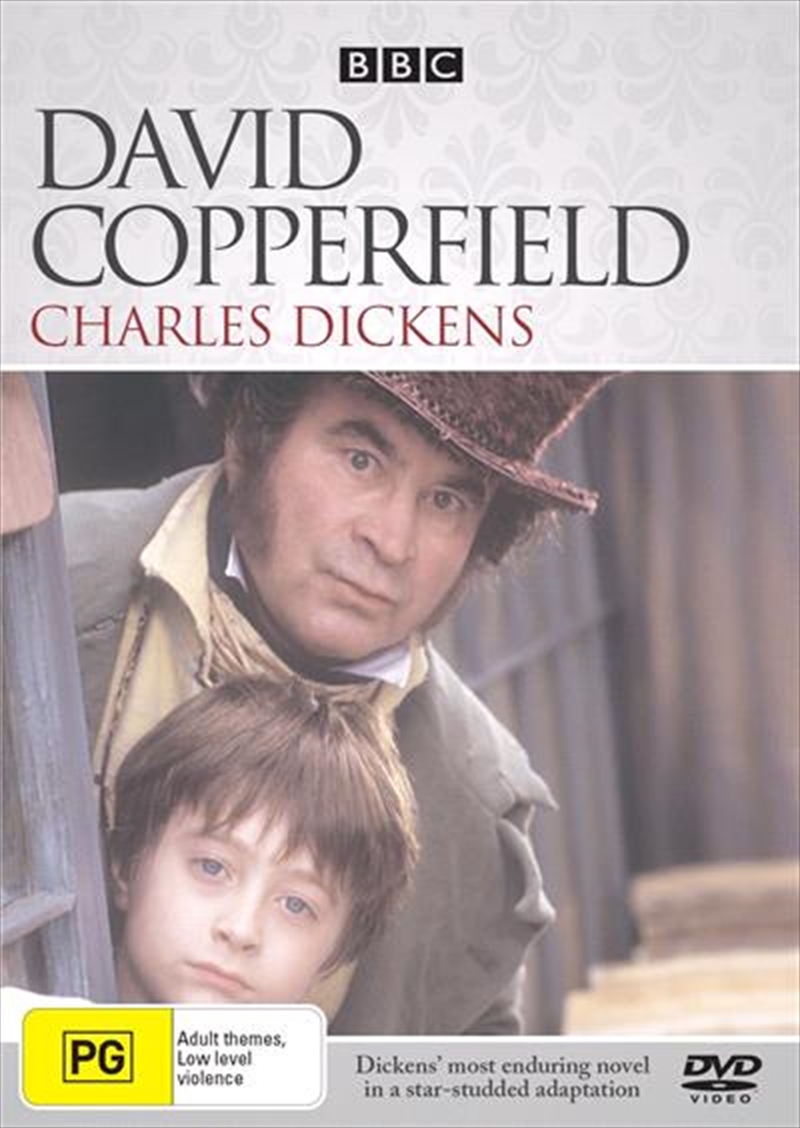 SEE MORE IN:
3 for $40 TV BBC
DESCRIPTION
"Like many fond parents, I have in my heart a favourite child. And his name is David Copperfield."Charles Dickens
And here Dickens' own favourite and most enduring novel bursts onto the screen in a dazzling adaptation, with a truly world-class cast bringing alive some of the most famous characters in fiction. Bob Hoskins as the ever-optimistic Mr Micawber; Maggie Smith as David's fearsome aunt, Betsey Trotwood; Trevor Eve as the sadistic Mr Murdstone; Nicholas Lyndhurst as sly, sinister Uriah Heep; Pauline Quirke as David's loyal friend and servant, Peggotty; and featuring Ciaran McMenamin as David, with Harry Lloyd (the 15 year old descendent of Charles Dickens himself) as the young Steerforth.
A timeless story with universal appeal, this rich adaptation combines comedy, suspense, scandal and redemption in a production that will delight and entertain all the family.
DETAILS