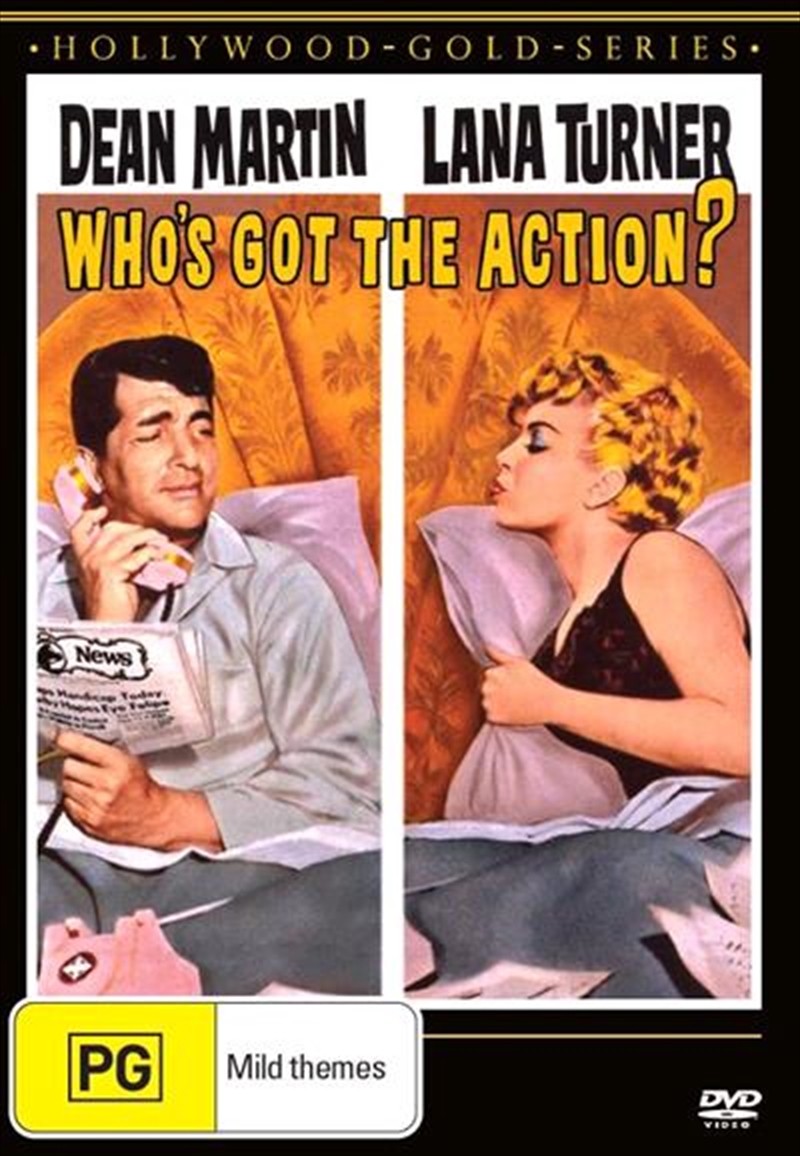 Lawyer Steve Floods (Dean Martin) gambling habit is beginning to get on the nerves of his wife Melanie (Lana Turner). To keep the money in the family, Melanie talks Steves law partner Clint (Eddie Albert) into acting as his bookie. Not only does this plan not work, but it also rouses the ire of Runyonesque gangster Tony Gagouts (Walter Matthau). In the cutest of the films cute twist, Melanie saves herself and her husband by solving Gagouts financial and domestic problems.A minor but efficiently assembled star comedy, Who's Got the Action benefits from tasty production values and a knockout supporting cast, including Paul Ford, John McGiver, Nita Talbot, Ned Glass, and fabled pin-up girl June Wilkinson.

Title: Who's Got The Action | Hollywood Gold