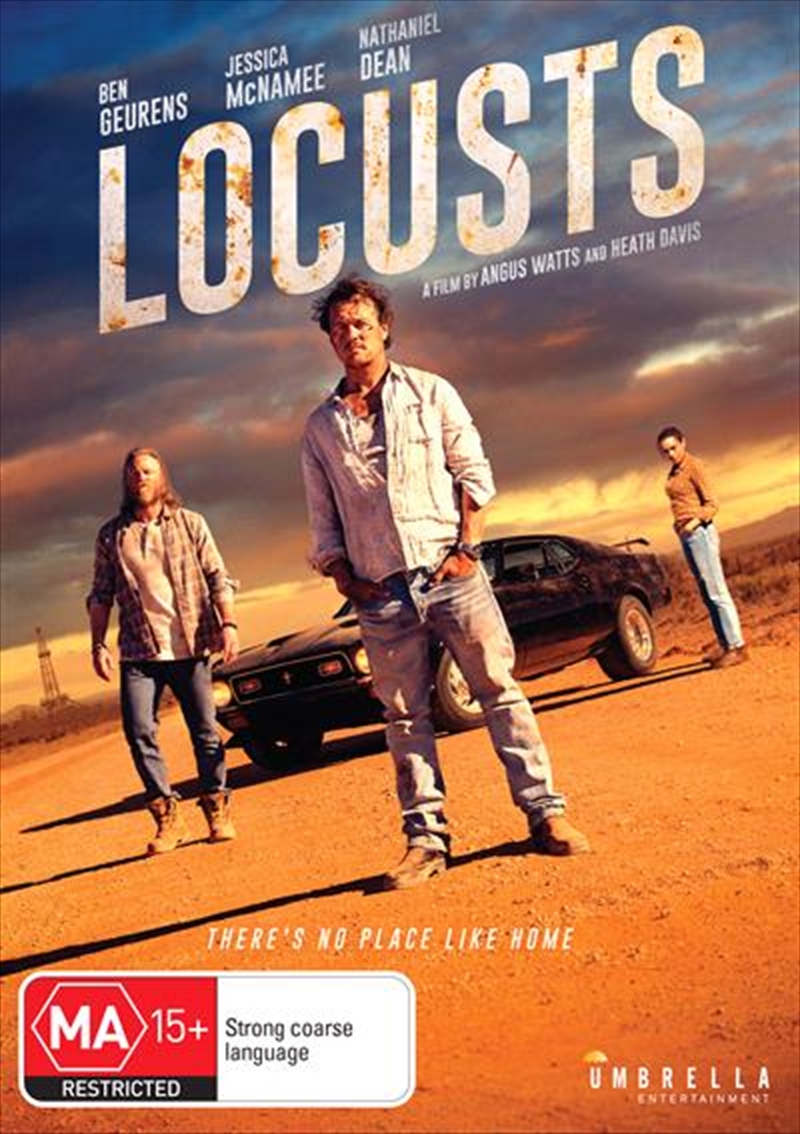 When tech entrepreneur Ryan Black (Ben Geurens, Reign) returns to his post mining-boom desert hometown for his fathers funeral, hes reluctantly reunited with his ex-con brother, Tyson (Nathaniel Dean, Alien: Covenant).But when the pair become entangled in an extortion scam at the hands of desperate local thugs, Ryan is forced to resort to extreme measures, exposing the dark underbelly of the sleepy mining town.

Review of Locusts by Peter Walkden

Ryan Black (Ben Geurens) returns to his remote hometown to attend his father’s funeral. Later he is united with his brother, Nathaniel Black (Nathaniel Dean), who he has not seen in quite some time. For Ryan, his father’s funeral is not his only concern while in his hometown. Soon the two brothers are threatened and bribed by a group of ruthless thugs who are demanding $100,000 in cash.
Right from the beginning of this film, there is such a sense of mystery in regards to Ryan’s past and his relationship with both his brother and his father. The only thing we do understand is that Ryan is not fond of the idea of returning home and appears to have a different lifestyle in the present day when compared to his past life and upbringing. While watching the film, it did not take me long until I was heavily invested in the film’s plot, Ryan’s past life and other mysteries. I was simply determined to see how all of this would play out and link together as a story.
Performances here are enjoyable. I found most of the actors consistently strong and believable. I also felt many of the key lead’s performances were gripping at multiple times too.
Visually this film is pleasing to watch even though my screening was on DVD. There were great close up of character’s faces during tense moments, and I also enjoyed the number of aerial shots which not only show off Australian landscapes but are visually cool (or maybe I just liked the cars that were used in this film too). The film’s soundtrack is a blast, and right selections have been made. I found myself tapping my foot along with most of the songs and generally enjoying the film that comes with it.
Overall, Locusts is a very satisfying Australian film. It is a simple crime story which is loaded with great performances, twists, and thrills. Strong visuals and gripping performances are also a nice bonus. In the end, I found myself invested in this film’s story. This film should be viewed and needs to be supported by fellow movie lovers today.