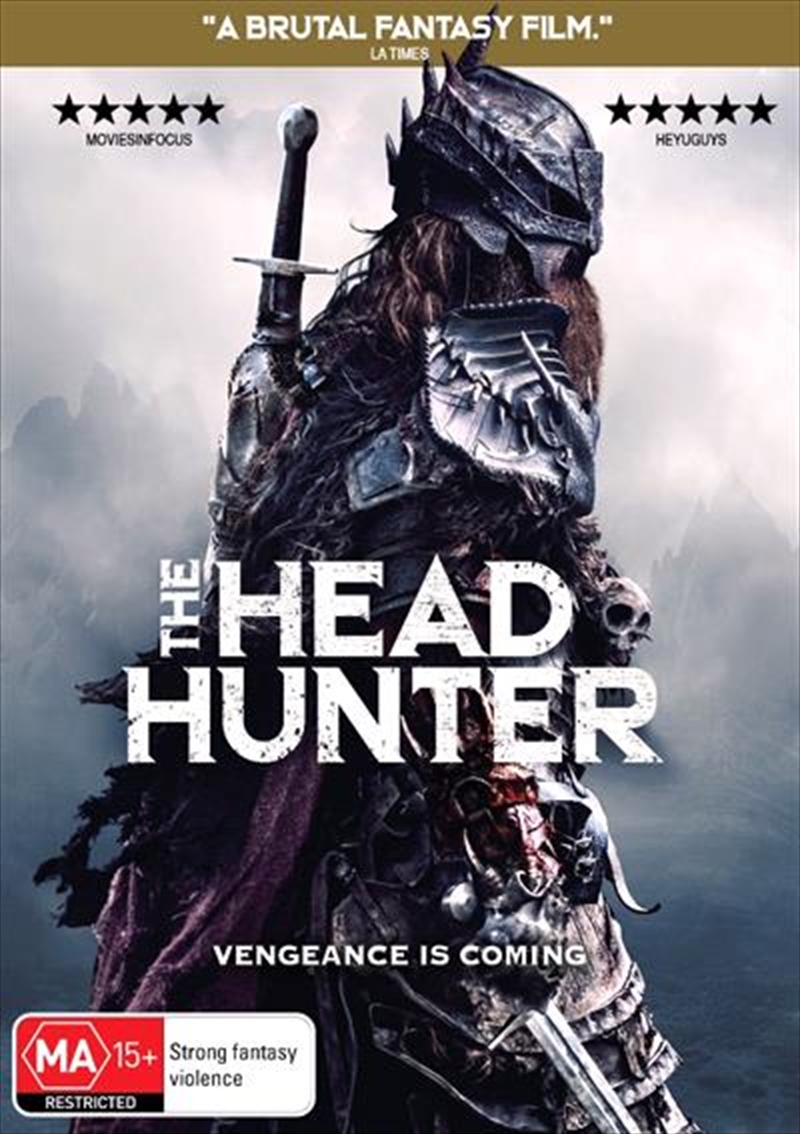 On the outskirts of a kingdom, a quiet but fierce medieval warrior protects the realm from monsters and the occult. His gruesome collection of heads is missing only one - the monster that killed his daughter years ago. Driven by a thirst for revenge, he travels wild expanses on horseback, using sorcery to aid in his quest. When his second chance arrives, its in a way far more horrifying than he ever imagined.

Set in medieval times, a lone warrior (Christopher Rygh) seeks revenge on a creature who claimed the life of his young daughter many years ago. The plot is simple- a warrior hunts different monsters down, comes home and pins the head of the dead monster on his wall. The warrior will also take time out when he is required to recover from his wounds before hunting again. But it is evident that while the warrior is killing many monsters, he is ultimately seeking one creature for the complete revenge that will give the warrior peace and satisfaction. Should another violent animal cross his path while on his main mission, then the warrior will handle them too.
To my surprise, this film only has a couple of actors in it- the warrior and the warrior’s daughter, who is only seen through flashbacks or visions. For a solo actor to carry the film is very risky. Not only that, it is an actor who has never been in film before. For the most part, I am pleased with the results and ultimately surprised.
Many viewers may find the film’s plot slightly slow at some points when the warrior is repeating some of his tasks. But what makes it exciting is the different locations the warrior investigates and the stunning visuals that are used in the film, which brings me to my most positive point about The Head Hunter.
The visuals here amaze me. It is a stunning film to look at and incredibly well shot. It’s obvious considering the film’s budget that the style of filming and the quality was essential to the director and fellow crew members. While the third act is shot in rather dark locations, I still found the image quality and creativeness the best element of the film.
I also loved the costume work, especially the leading warrior’s costume. He just looks fantastic, and it is rather convincing when he’s suited up in armour ready to kill. As an audience, I believed this unknown man is an experienced killer, and it is obvious he has no problems getting his hands dirty (or bloody) if it means revenge is served against creatures within the land.
Overall, this is a film that left me feeling pleasantly surprised. It is a film that delivers a high quality of visuals and a creative style of filming. Sure, it is a story that is basic, but it still feels fresh as it reintroduces horror and fantasy which I think have been lacking from our big screens of late. Based on the film’s budget and the fact it was filmed within approx. Thirty days it is quite an achievement to witness, and the team behind this movie should be very proud of the results.

Peter has written this review for Sanity. You can see more from Peter here
DETAILS