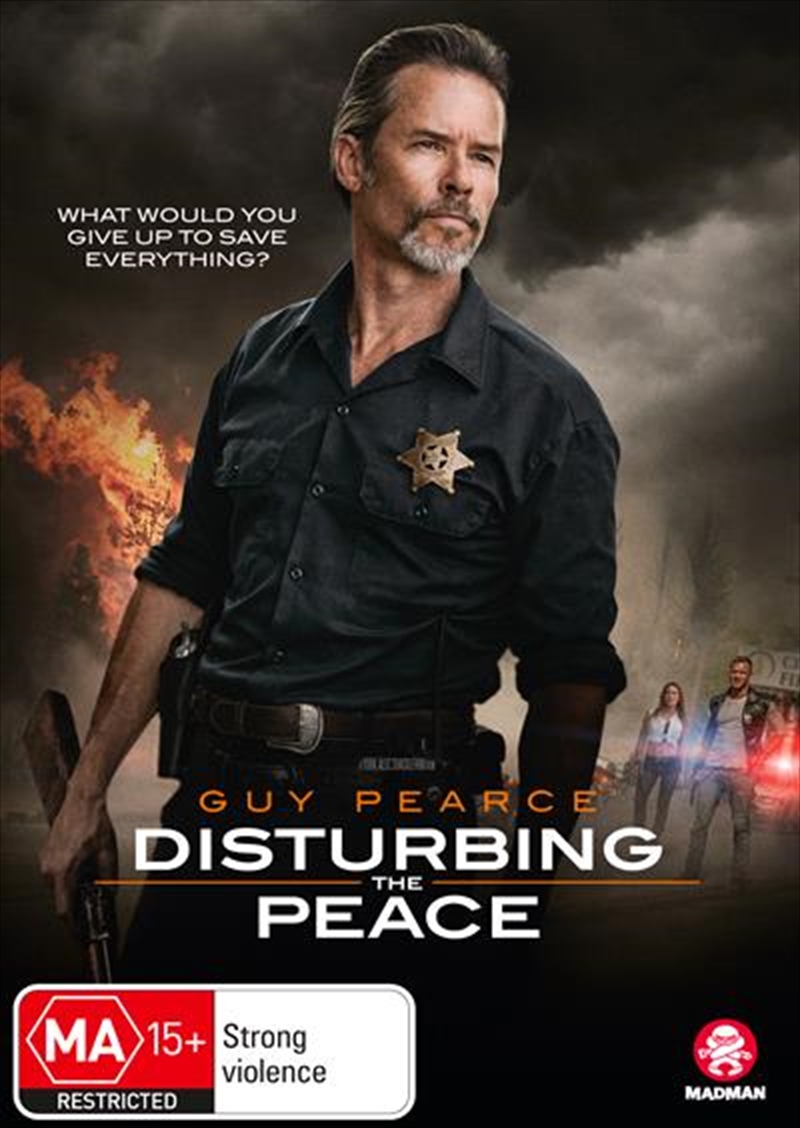 Shipping - See delivery options.
Postcode:
Quantity:
SEE MORE IN:
4 for $50 DVD, Blu-ray & More
DESCRIPTION
What Would You Give Up to Save Everything?

Jim Dillon (Guy Pearce) is a former Texas Ranger with a checkered past. Now a washed-up marshall in the dying town of Silver Rock, he refuses to carry a gun ten years after one of his bullets left his partner paralyzed during a shootout on the Mexican border. Jim is forced to take action when a ruthless biker gang rolls into Silver Rock looking to raise hell. Led by the psychotic Diablo (Devon Sawa), the gang invades Main Street, cuts the phone lines, and takes the entire town hostage. Refusing to touch his gun, Jim is left to use his fists to defend the townspeople against the well-armed bikers. Once a U.S. Marine boxing champ, he picks off the gang one-by-one with the help of his young part-time deputy, Matt. When it becomes clear that Diablo intends to leave no witnesses, Jim is left with no choice but to pick up the gun he hasnt touched in a decade and to become the hero he was always meant to be.
TRAILER
DETAILS