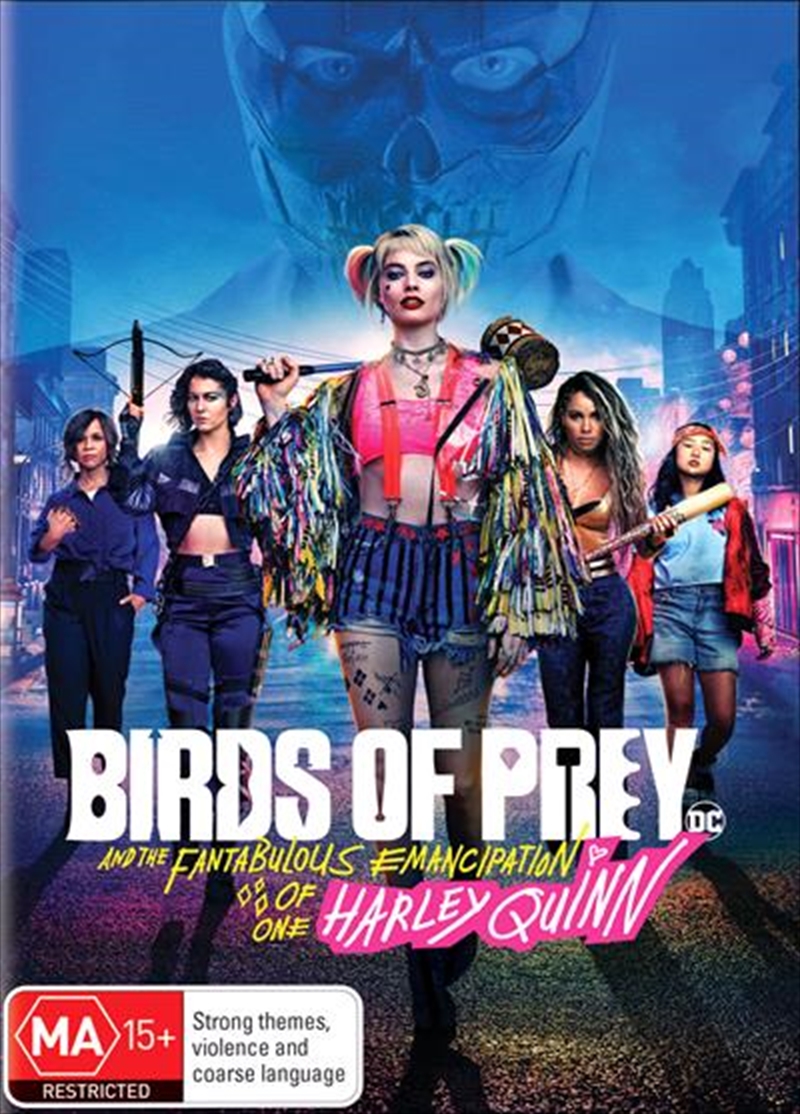 After her breakup with the Joker, Harley Quinn joins forces with singer Black Canary, assassin Huntress, and police detective Renee Montoya to help a young girl named Cassandra, who had a hit placed on her after she stole a rare diamond from crime lord Roman Sionis.

Review of Birds of Prey by Christopher Pattison

After the massive success of ‘Suicide Squad’ in 2016, it was only natural that we would eventually get a sequel to the film. ‘Birds of Prey: And The Fantabulous Emancipation of One Harley Quinn’ (yes it is one long title) is not your typical sequel though. Granted, there are references and call backs to the events of the previous film, however, Birds of Prey introduces us to, well the ‘Birds of Prey.’ The film follows Harley Quinn played once again by Margot Robbie, as she grows a conscience and tries to help protect a young girl who has stolen a diamond from Ewan McGregor’s baddie, Black Mask. The film in my opinion is an improvement over ‘Suicide Squad’. The film has a great sense of tone, with vibrant colours and great set design and costuming that feel very specific to Harley Quinn’s character, giving the film its own identity and distinct tone. Margot Robbie is fantastic as well as Harley Quinn. She really does a lot of the heavy lifting here, and she is likeable and enjoyable in this role, providing some great comedic moments and selling the impressive action sequences, Margot Robbie did complete a lot of her own stunt work here and it is quite impressive. Ewan McGregor was wonderful as the villain, he is flamboyant and very charismatic in the role, relishing every moment of screen time and chewing the scenery. The film finds the right balance of action and quirky, fun story-telling without feeling overbearing. The film has some great references as well which will please fans, with a call back to ‘Suicide Squad’ that made me laugh quite a bit. The third cat is action heavy, like a lot of big-budget films, but feels unique and different because of the setting and style from director Cathy Yan, who prior to this had only directed short films. This is an impressive directorial debut and I am very excited to see what she directs next. The film also has a breakout performance from Jurnee Smollett-Bell as Black canary (who is also in the upcoming HBO show ‘Lovecraft Country’, which I cannot wait for). She was brilliant in the film, stealing a majority of scenes that she was in and delivering some great action sequences as well, I cannot wait to see more from her as I thought she was just terrific. All in all, birds of Prey proves to be an enjoyable follow-up to ‘Suicide Squad’, with a much more focused narrative, great performances and a fun, light-hearted tone that really gives this film its own identity. Check out this one on 4K UHD if you get the chance as it the colours really pop and the film really does look stunning! I am giving ‘Birds of Prey: And The Fantabulous Emancipation of One Harley Quinn’ a 7/10. A special shout out to Mary Elizabeth-Winstead as well who is just awesome as ‘The Huntress’, hopefully if this film gets a sequel we see more of her.

Review of Birds of Prey by Peter Walkden

Continuing from where we left Harley Quinn after “Suicide Squad” (2016), things have now changed for poor Harley. The Joker has broken her heart, and as you can imagine, Harley is not happy about it. Now living a life without the protection of Mr J (aka The Joker), Harley is wanted by many within Gotham City. Soon Harley finds herself in a situation that requires her to track down a Diamond as her life depends on it. But luckily for Harley, she will discover that she is not alone when it comes to battling new enemies.
I wasn’t a fan of Suicide Squad (2016). Thankfully, I found Birds of Prey to be a significant improvement as a sequel.
Birds of Prey is a fun and brainless action film. While the plot is basic, it feels fitting for this instalment. Margot Robbie as Harley Quinn is once again perfect in every way. Her facials and dialogue delivery with this character ticks every box. She is extremely convincing in this role, and I am reminded that she was born to play this character.
Margot Robbie is not the only central character from the DC Universe in this sequel. For the film’s villain, we have actor Ewan McGregor suiting up as Black Mask. McGregor gave a pleasant performance, but as a pivotal character, I was slightly disappointed to see there was no back story or explanation as to why the character exists or does the things he does. The use of colours throughout is also creative and goes along perfectly with stunning and entertaining action sequences. The film’s audio and visuals were beautiful and a great compliment.
Overall, Birds of Prey is a significant improvement when compared to Suicide Squad (2016). Sure, the plot is basic, but it is also just brainless entertainment, and I had a blast watching it. Actress Margot Robbie is simply fantastic as this character and naturally steals the show once again.