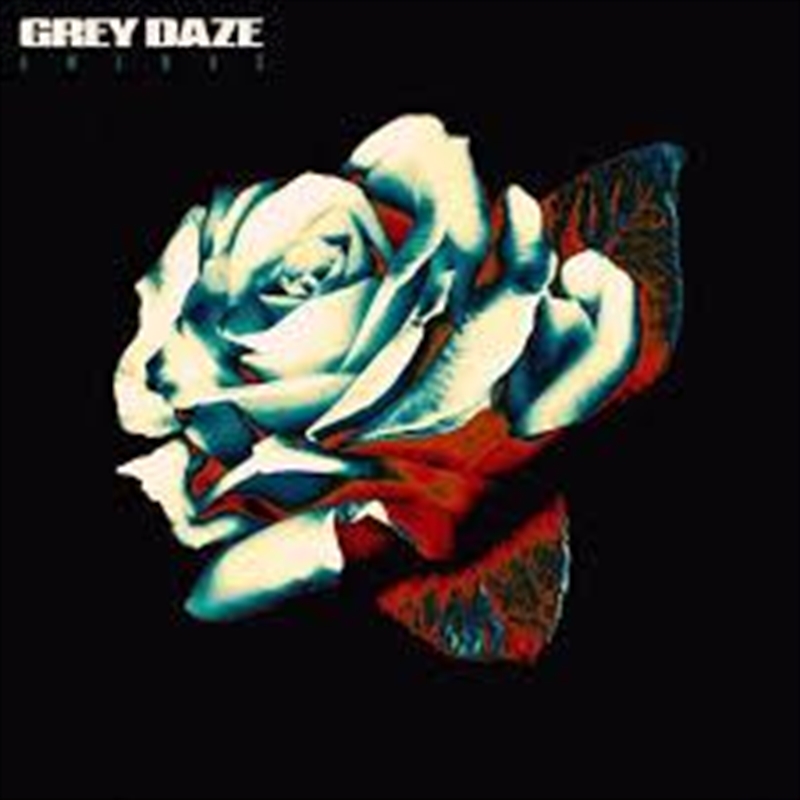 Accompanying the album announcement, Grey Daze have simultaneously released a second single from the 11-song collection, premiering “Sickness” today via Annie Mac’s BBC Radio 1 show (“Hottest Record”).  A video for the track has also been released, with band founder and drummer, Sean Dowdell, explaining: “This is loosely based on a true story from when Chester was 15-years-old. He was being bullied at school and one day suffered a real beating. That was the day I assumed a role as protector and almost older brother figure to Chester that has lasted since, even after his passing.”

Amends is the origin story of one of modern rock’s most recognizable voices and also a full circle moment among friends. The album is the fulfillment of a planned Grey Daze reunion that Chester had announced prior to his untimely passing. The remaining band members – Dowdell (drums), Mace Beyers (bass) and Cristin Davis (guitar) – along with Talinda Bennington (Chester’s widow) and his parents, made it their mission to see the project through with assistance from Tom Whalley, the founder of Loma Vista Recordings and former Warner Bros. Records Chairman during Linkin Park’s tenure at the label. Dowdell, Beyers and Davis selected the tracks from the band’s mid-90s, but largely unknown, catalog and re-recorded the music in 2019 to accompany Chester’s re-mastered vocals. Produced by Jay Baumgardner, several musicians leant their time and talent to the album, including Korn’s Brian “Head” Welch and James “Munky” Shaffer, Paige Hamilton (Helmet), Chris Traynor (Bush, Helmet, Orange 9MM), LP, Jasen Rauch (Breaking Benjamin) and Ryan Shuck (Orgy).

Earlier this week, Dowdell and Talinda Bennington spoke with Rolling Stone about the project, discussing how it came to fruition and the emotions of sharing this album with the world. “He wanted to do Grey Daze again because the music was awesome, he loved it back then, and he was excited to be able to create,” Talinda shared in the Rolling Stone piece. “Doing it now that he had all this experience under his belt – he had accomplished so much and come so far since then – he was excited about it. I can hear him now. He’s like, ‘F**k yeah!’”

Dowdell appears on both KROQ (Los Angeles) and KUPD (Phoenix) this afternoon to discuss Amends and how meaningful this release is to both the circle of people who were intimately involved but also to the millions of fans who have been waiting to hear Chester’s voice once again.

“We started Grey Daze in 1993, the band ended up breaking up in 1998,” explains Dowdell in a recently released documentary (https://youtu.be/WeryXu6f4gQ). “Fast forward to 2015, Chester’s on the road and says, ‘I think we should put Grey Daze back together.’ Obviously, what happened, happened and Chester was tragically taken from us. Of course, as soon as he passed, it was like ‘oh my God, I lost my friend, my friend’s wife is now a widow and my friend’s kids are now fatherless.’ There were all of these emotions. About six or seven months later, I started some conversations and said I really want to finish this album. We’re not going to accept mediocrity, we’re going to do our friend proud, we’re going to make sure Chester is proud and we’re going to make sure this is something he would have been elated to put out.”

Grey Daze formed in 1992. The Phoenix-based band went on to independently release two albums: Wake Me (1994) and no sun today (1996).  Grey Daze parted ways in 1998, with Chester serendipitously auditioning for the Los Angeles band Xero, who later became Linkin Park. In 2017, Chester announced Grey Daze’s reunion, which would see the band re-working and re-recording a collection of songs they had started two decades earlier. The project was shelved in July 2017 but with the blessing of Chester’s widow, Talinda, and his family, Grey Daze regrouped and finished the album. Amends represents an important yet unheard chapter – the origin story of one of modern rock’s most recognizable voices – and also a full circle moment along friends. Grey Daze is Chester Bennington (vocals), Sean Dowdell (drums), Mace Beyers (bass) and Cristin Davis (guitar).