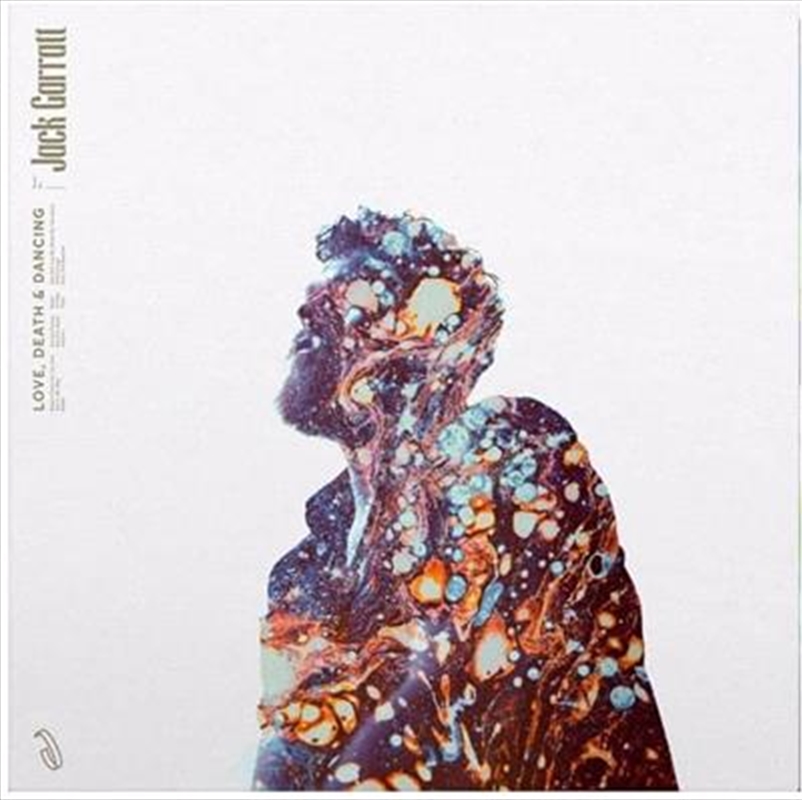 ‘Love, Death & Dancing’ is the second album from Jack Garratt, his first new music since 2016’s ‘Phase’ LP. The music is performed solely by Jack, produced alongside Jacknife Lee and James Flannigan.

“I wrote this album as someone - and for anyone - who likes dancing but doesn’t necessarily want to go out on a Saturday. It’s dance music for people who don’t want to go out! And that’s the music that I love: music that doesn’t care if you’re standing up or sitting down. It’s going to give it to you either way.” – Jack Garratt

With the over-arching goal of creating an album for people that love to dance but don’t want to go out clubbing on a Saturday night, Jack Garratt ended up making something that was so much more.
At a face level, ’Love, Death & Dancing’ is a record full of euphoric sonical highs that will have you wanting to dance off any tears you may feel like shedding, but at it’s core he hits a lot deeper. Confronting the inner saboteur that lives inside his mind, he opens up about his battle with mental health, his lack of confidence, his struggle with self appreciation, anxiety, and so much more.
Contrasting these candid confessions with innovative upbeat production is not an easy thing to master, but he does it so seamlessly. The reason Garratt’s debut album ‘Phase’ was so critically acclaimed was because of it’s DIY nature. He created a whole sonical world inside the album, and some questioned if he could do this again, but he did, and it’s even bolder, bigger and more innovative as before.
Split into four distinct sections, the British singer, songwriter and producer takes you on a musical journey that needs to be listened from start to finish. Some of the songs creep past the five minute mark, but this is when Garratt truly shines as he extends interesting musical ideas that most people would cut as they’d be too afraid of it not being “commercial” enough. But while he is DIY, he still comfortably stands in the pop realm.
While every song on the album brings something refreshingly different to the record, each section does have a clear standout favourite. Album opener and lead single ‘Time’ kicks everything off with a bit of reflection on why we are always so concerned with every little aspect of our life, and overthink and over calculate every decision and feeling we have. I mean, he isn't messing around with launching straight into these feelings.
With a ticking synth that resembles the concept of time intertwined with a prominent guitar riff and growing harmonies, he builds this song to have a really big electronic led production that feels highly experimental and captivating.
Capitulating the second section is one of the years best pop songs, ‘Better’. The apocalyptic anthem explores feeling overwhelmed and claustrophobic with hard truths constantly being laid on you.
Beginning the song with a glitchy EDM sample of someone saying “hey, I think you’re really cool. I like you a lot” on repeat, he erratically changes the pace by implementing a prominent indie-rock guitar riff in the first verse. He then changes the sonic again for the chorus with a pop-dance beat that explodes with pure euphoria.
Stepping into the third section ‘Doctor Please’ gives you one of the album’s most emotionally raw and invoking moments. The plea for help is so heartbreakingly beautiful as he explains the conscious matter of knowing he needs to get better but also not being strong enough to get there.
The last chapter of the record is a little more stripped back and foundational. ‘She Will Lay My Body On The Stone’ is a somber romantic moment about finding someone who loves you for you and accepts the personal struggles that shape our journey. It’s a simple but effective moment that feels powerful in it’s own way.
‘Love, Death & Dancing’ is a record that needs (and deserves) to be heard from start to finish. It’s full of intricate production that sweeps you up into this DIY world inside Jack Garratt’s head where everything seems so exciting and innovative. But behind all that musical genius is a lot of emotional hurt and weight that he beautifully unpacks and trustingly gives to you.