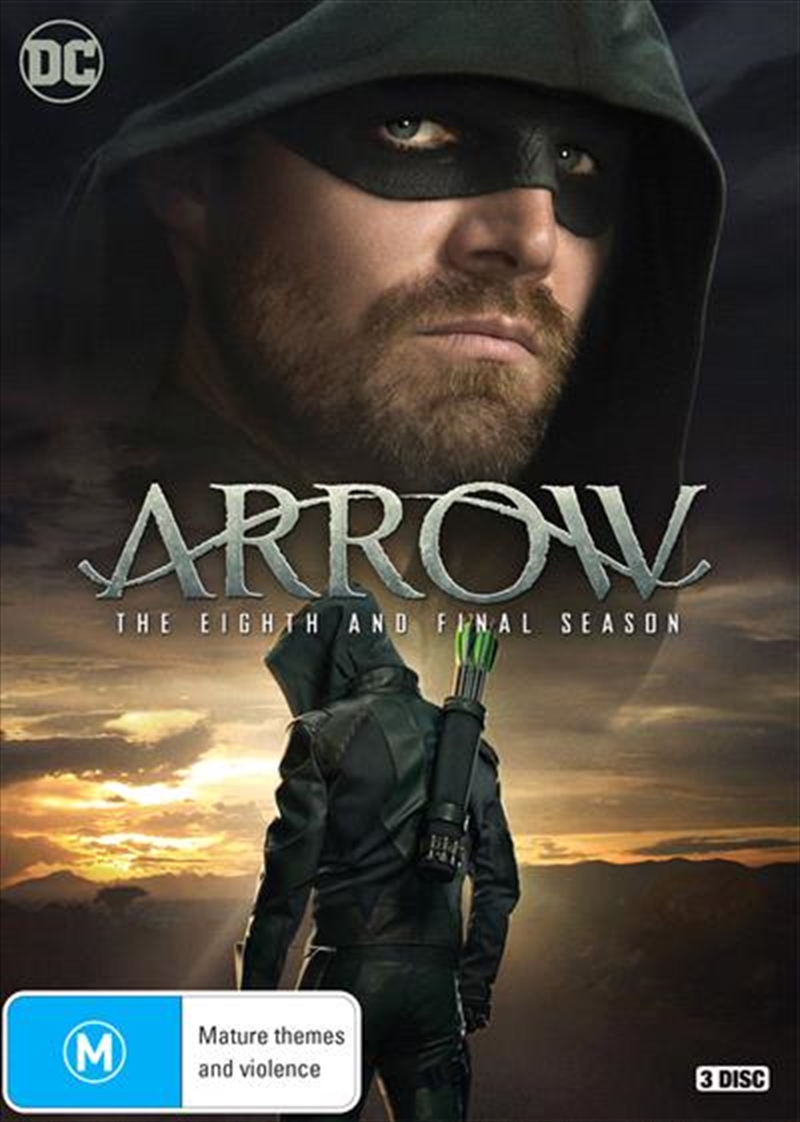 Shipping - See delivery options.
Postcode:
Quantity:
SEE MORE IN:
2 for $40 TV Arrow DC All 2 for $40
DESCRIPTION
One more will discover who hides under the hood...

As the Green Arrow, Oliver Queen (Stephen Amell) protects his home, Star City, with the help of former soldier John Diggle (David Ramsey), street-savvy Rene Ramirez (Rick Gonzalez) and meta-human Dinah Drake (Juliana Harkavy). Following the untimely arrival of godlike being The Monitor (LaMonica Garett), Oliver left his home, his family, and his team behind to take on his most challenging battle yet, knowing the cost may be his life. But this time its not just his city hes seeking to protect its the entire multiverse: everything that ever was or ever will be. In the eighth and final season, Oliver's quest will send him on a journey where he is forced to look back at his years as the Green Arrow and confront the reality of the ultimate question: what is the true cost of being a hero?
DETAILS