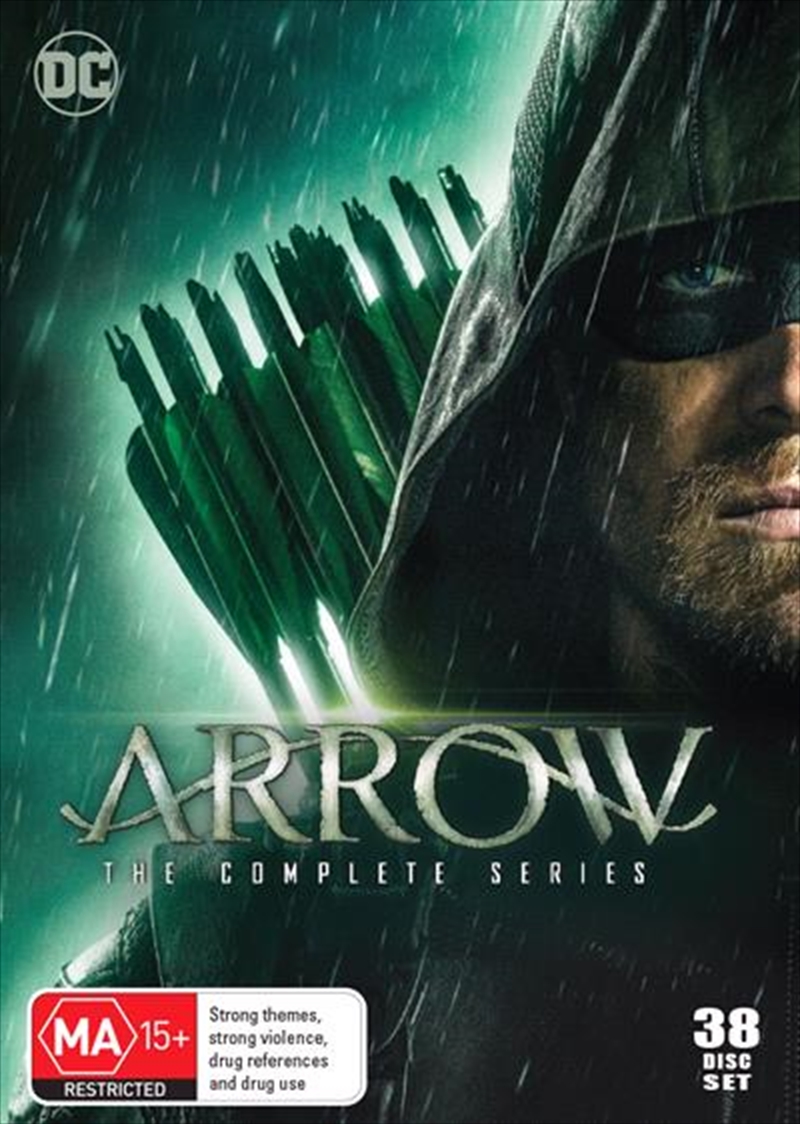 After a violent shipwreck, onetime billionaire Oliver Queen was missing and presumed dead for five years before being discovered alive on a remote island in the North China Sea. He returned home to Star City, intent on righting the wrongs done by his family and fighting injustice. As the Green Arrow, Oliver successfully fought for his beloved city with the help of his team, including former soldier John Diggle, computer-science expert Felicity Smoak, former protg Roy Harper, his vigilante sister Thea Queen, street-savvy Rene Ramirez, metahuman Dinah Drake, brilliant inventor Curtis Holt and Laurel Lance. Based on the fan-favorite DC series, The Complete Series of the reimagined Arrow is shot through with danger, intrigue and hard-hitting vigilante action. And while the adventures intensify to the series dramatic climax, Oliver learns the true cost of being a hero as he takes aim at his final legacy.
DETAILS