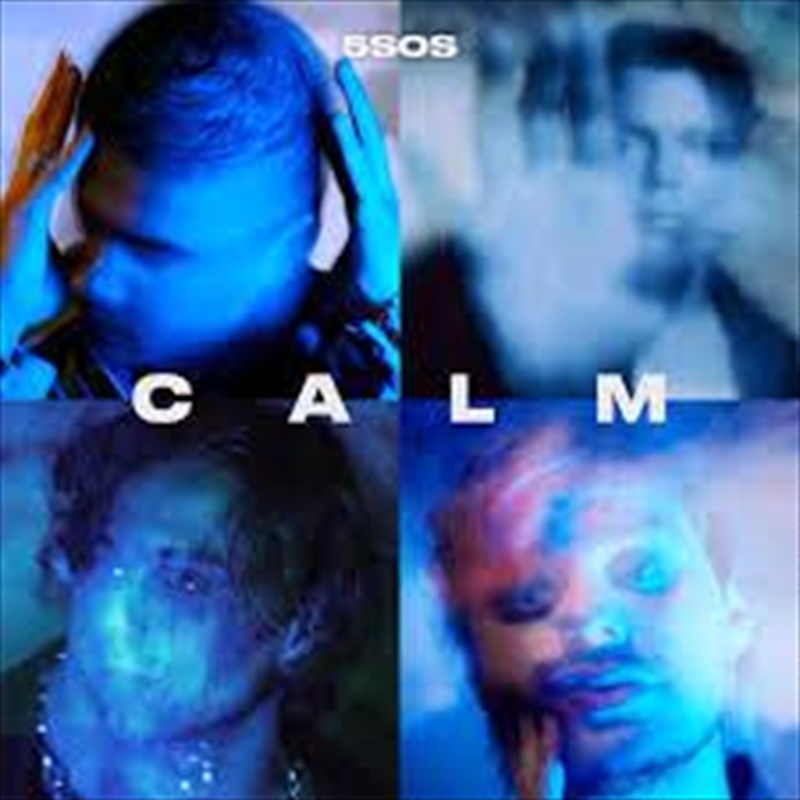 Says lead vocalist Luke Hemmings, “For a band to make it to four albums is no small feat in itself but to be reinventing and constantly pushing our songwriting and to come out with music that we’ve never been more proud of makes me so happy to be in 5 Seconds of Summer.

C A L M speaks on a journey through a young man’s life, for better or for worse. We are all human and all make mistakes, sometimes we hurt the ones we love and inevitably, ourselves in the process. C A L M leaves the band in a much happier, unified and calm state of mind to continue making albums for years to come.”

5 Seconds Of Summer has been consistently showing listeners an experimental side to their artistry as they move away from their pop-punk roots and hone a polished and mature pop-rock sound. Implementing slick synths, they’ve brought a sense of nostalgia to their 80’s influenced tracks. Their fourth studio album ‘C A L M’ is the Sydney four-piece’s most cohesive collection to date with twelve strong songs of big hooks, honest lyrics and impressive production. From the opening vocal harmonies of ‘Red Desert’ they immediately transport you back to the 80’s with this glam-rock influenced track. The tribal rhythm of the drums lead this song into a smooth rhythmic flow and it aesthetically feels like the perfect opener. Flowing into the bold singles ‘No Shame’, ‘Old Me’, ‘Easier’ and ‘Teeth’, they shower a darker side of their sonic while highlighting their grown strength in songwriting and creating an unforgettable hook. But the albums biggest hit is one that is about to happen. After a first listen, it’s obvious that ’Wildflower’ is a very special song that will simultaneously dominate radio and charts, and will also become a fan favourite in their electric live show. Opening with a transcendent vocal harmony, they dive into this minimalistic guitar riff with steady hand claps before exploding into a hook full with 80’s nostalgia. The slick guitar and fresh synthesiser will have you living for the lighter and uplifting side they have to their artistry. And don’t even get me started on the playful layering of vocals with Luke Hemmings’ seductive roll of the words “Tell you what I like”. Following in it’s footsteps and giving you another memorable highlight is the playfully honest ‘Not In The Same Way’. Reflecting on unreciprocated love, they create an anthem for the tumultuous behaviour that this emotion can bring out. There is a slight hip-hop influence to the production during the verse which is then explored further on ‘Thin White Lines’. The rest of the album sits in a moodier and darker aesthetic with ‘Lover Of Mine’ and ‘Lonely Heart’ having that classic 5SOS heart at their core while ‘Best Years’ and ‘High’ strips things back with dreamier 3am styled production. ‘C A L M’ is an album that allows you to get to know 5SOS in a way that they’ve never done before. It’s a cohesive record with heart, soul and experiential layers. It mixes fresh concepts with nostalgic undertones that will have you ready to singalong to every track while also highlighting the maturity they’ve embraced since they first debuted in 2012.