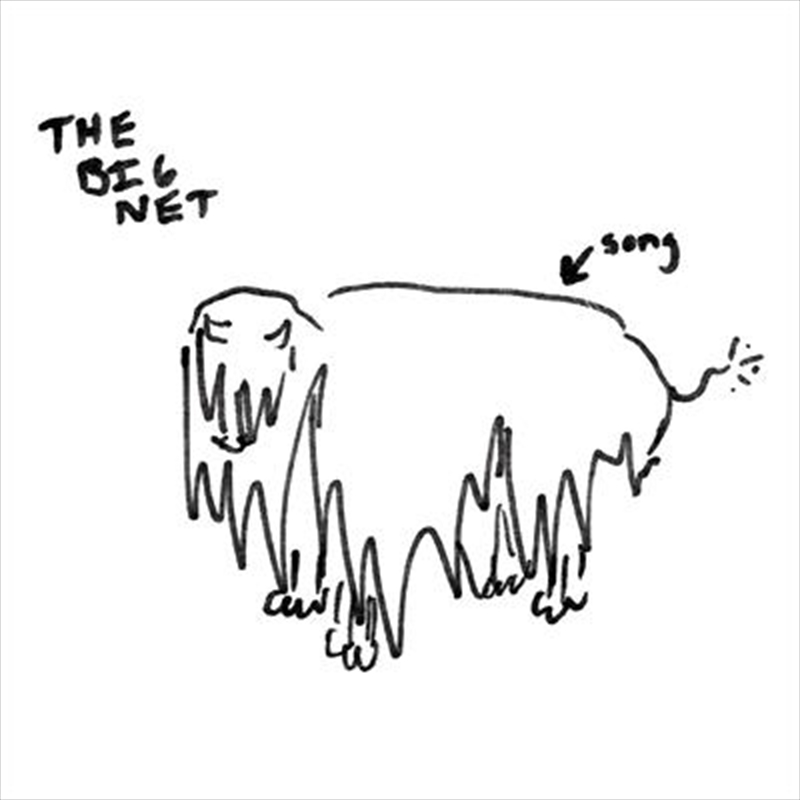 An exercise in simplicity, The Big Net is the musical project of Kevin Copeland (guitar, vocals) Andrew Emge (drums) and Logan Miley (bass). Attempting to maximize the emotive power of the trio, the band’s style drives down the highway somewhere between drone and country, folk and rock.

With Corey Rubin on bass and secondary vocals, their rst self-titled record explored more of those rock roots: recorded live in two days with minimal overdubs, trying to capture the freewheeling magnetism that can come alive in a room.Released as part of Saddle Creek’s Document Series*, the band’s two new songs - "Big Moon" and “Rufus" - were recorded that same weekend. The idea of The Big Net is and has always been immediacy, letting that tangible thing in the air be itself and tuning into “song” at its most genuine. Both songs make good on those aspirations.

“Big Moon” is quite literal. Written during a particularly lonely period in Copeland’s life, he would sing so that he could fall asleep and from that process the song seemed to “oat in all at once.” “Sometimes all you have is yourself, and the moon, or a guitar, or a bed, or the ground under your feet, and that's ok. Those things will always hold you,” Kevin says of the song.Suitably, "Rufus" was tuned into to the same kind of frequency, pulled from the ether as if it had somehow always existed. “When our friend Corey was playing bass with us, most rehearsals before everyone’s gear was even set up; someone was o and everyone else would catch up,” Copeland says. “Somewhere in that soup, an idea would come through. I remember latching onto what became the verse of “Rufus” and, when Andrew and Corey were out getting some air, I just played it over and over and that melody seemed to oat right in.”The band have just nished recording a new, more exploratory LP, again captured in a single room over two days. With Copeland as the primary songwriter, the group continues to interpret earnest emotion in song through their hypnotic and dynamic sensibilities.

For now, though, we have this new 7” single; an exercise in vulnerability, in trusting your impulses, in the magic that can be found within.