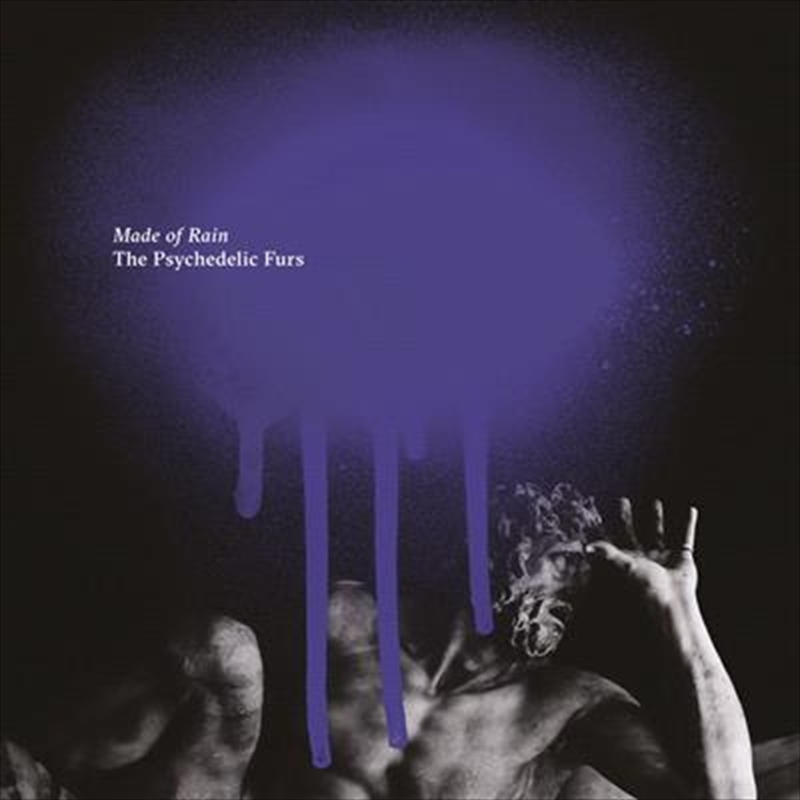 Psychedelic Furs Made Of Rain CD

Highly influential post punk stars, The Psychedelic Furs release their new album, their first in nearly 30 years, ‘Made Of Rain,’ through Cooking Vinyl.

From its exhilarating opening bars, Made Of Rain - sounds like The Psychedelic Furs and them alone. It’s a joy to hear again, fresher than ever. Their peerless permutations of art, aggression and ambience drive the dynamics, and it’s always been this originality which has set them apart, a cut above.

The album was produced by Richard Fortus, whilst mixing duties were handled by Tim Palmer (David Bowie, U2, Robert Plant). ‘Made Of Rain’ will be available on Gatefold double 12” vinyl and jewel case CD.

“The Furs – were as dark and driving as the first time I saw them in New York, in 1980, but with more greatest hits. Singer Richard Butler prowled the stage with a limber menace and that scoured-Bowie signature in his voice.” –Rolling Stone

“By the time they hit their groove the Festival Hall resembled a student disco.’ –The Times

“The English sextet’s swooning New Wave sound has influenced a legion of bands, from Echo & the Bunnymen to the Waterboys and the National.” –The Independent

Title: Made Of Rain

1. The Boy That Invented Rock & Roll