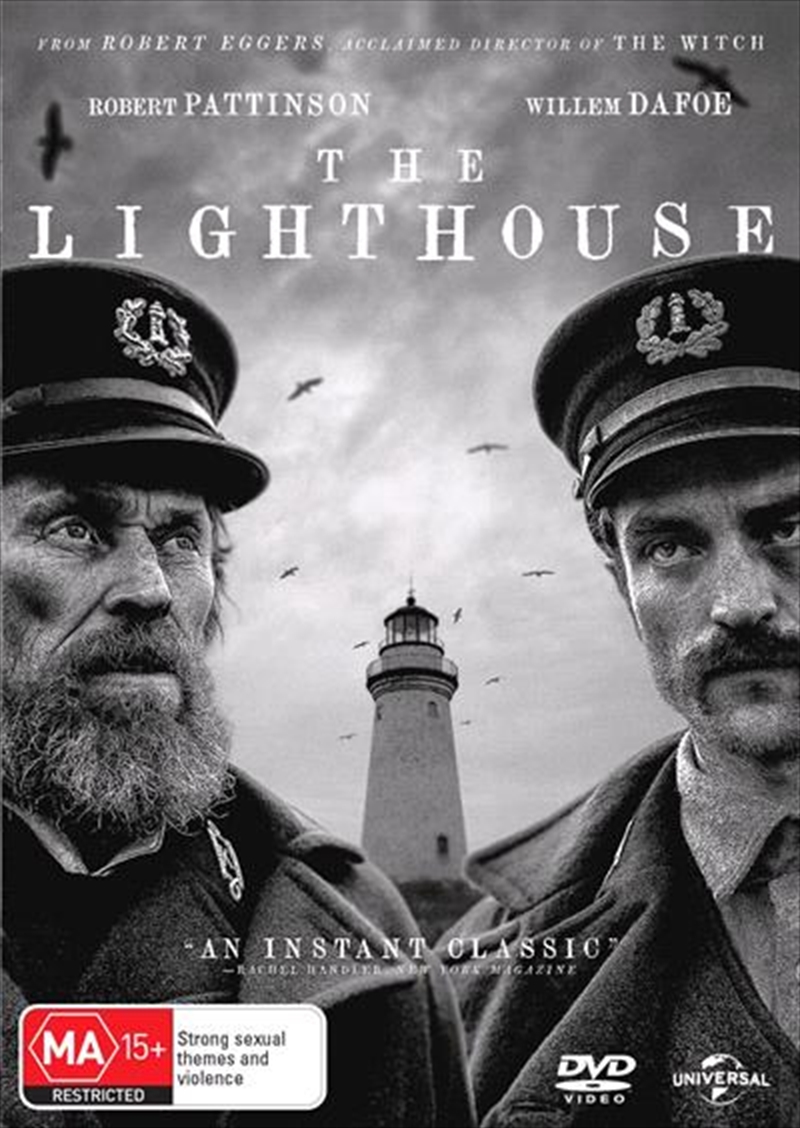 Review of The Lighthouse by Peter Walkden

Set around the year 1890 two lighthouse keepers arrive on an island to relieve the previous keepers from duty. Our two new lighthouse keepers are Thomas Howard (Robert Pattinson) & Thomas Wake (Willem Dafoe). As the new lighthouse keepers begin to perform their daily duties, issues and disturbing problems begin to grow between the two men, leading them both down a dark path of madness.
To my amazement, the film has been made with the use of old cameras lenses and the final feature is not in colour but Black and White. The different aspect ratio was also a nice surprise. No widescreen presentation here- basically we have a 4:3 ratio (squared image). These filming choices not only bring cinema art to the screen but are also an useful ingredient to build tension as the film progresses. Visually this film is stunning even with the use of black and white. The film’s audio track is also positive. Audio is filled with many eerie musical tracks plus the film has great sound design when it comes to audio effects including a horn which continues to go off throughout the film.
As a plot, the word ‘tense’ comes to mind. The film starts as something small but it only grows into something far bigger and more dramatic than what I ever imagined at the start of the film. There are elements in the plot (particularly when it comes the final act), that will be more up to the audience to interpret what certain aspects mean. While the film is not a horror movie by any means, there are many scenes that I found uncomfortable and rather tense to watch.
As for the leading performances, wow! Both actors Robert Pattinson and Willem Dafoe give an incredible and unforgettable performance. Considering there are only two actors carrying this film I never felt bored with the performances. This is mostly as the characters change dramatically as the film progresses. It’s a true credit to both actors and I was surprised to see that neither actor was nominated for either best actor or a supporting role during the Oscar season, 2020.
Overall, The Lighthouse tells a very dark tale of two men falling into madness. At no point is this film scary but it is an extremely tense film to watch. The leading actors (Pattinson & Dafoe) give unforgettable performances, both truly incredible to witness. The film’s visual and audio style is also a work of art. In the end, if you wish to visit “The Lighthouse” it is a brutal watch but I personally have no regrets.