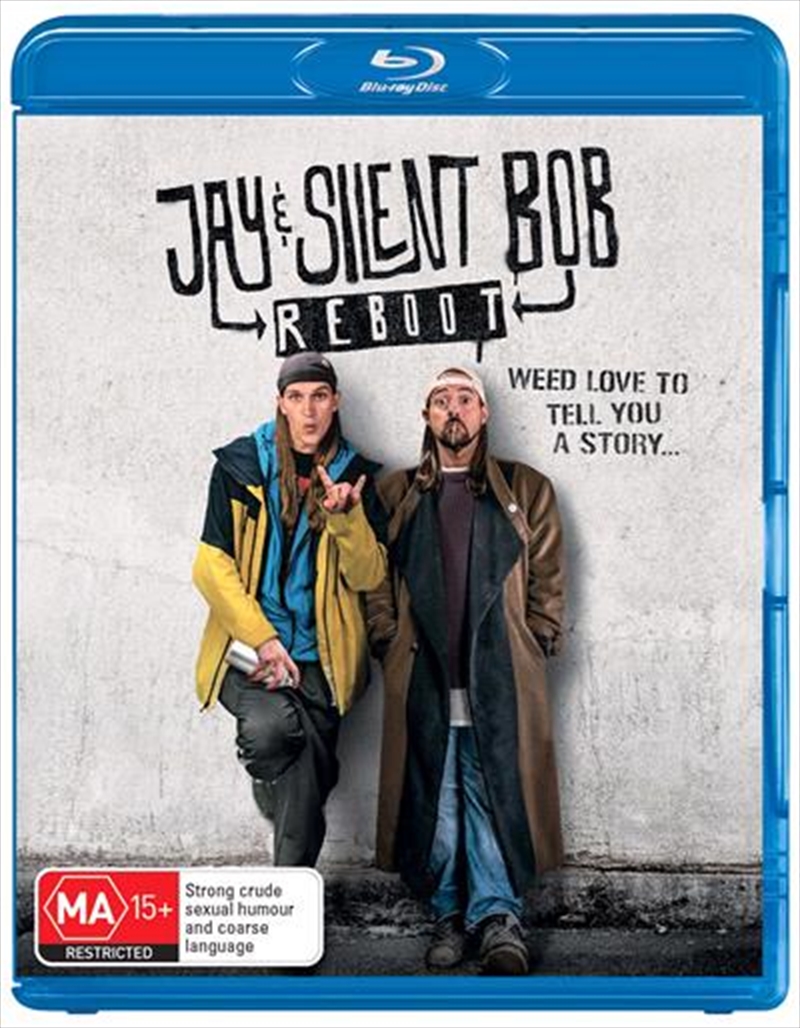 Jay and Silent Bob return to Hollywood to stop a reboot of the 'Bluntman and Chronic' movie from getting made.

When Jay & Silent Bob made their first appearance in 1994’s ‘Clerks’, it was clear that they would become a cult sensation with fans. Both Jason Mewes (Jay) and the director himself Kevin Smith (Silent Bob) both fit these personas so well, adding to the comedy of the characters and ultimately making them more and more popular with each outing. So much so, that in 2001 they got their own spin off film ‘Jay & Silent Bob Strike Back’. Another cult classic from director Kevin Smith, giving fans what they wanted with tonnes of cameos and the two likeable slackers Jay and Silent Bob at the helm in front of the camera (and behind it). Now here we are in 2020 and the two loveable slackers are back with an all new movie full of whacky gags, fun cameos and insane situations. Was ‘Jay & Silent Bob Reboot’ worth the 18 year wait?

Why yes, yes it was… It is safe to say that if you are a fan of Kevin Smith’s comedic musings and big screen outings, ‘Clerks’, ‘Mallrats’, ‘Chasing Amy’, ‘Jay & Silent Bob Strike Back’ and ‘Cop Out’, then you are going to love this film. It has all the makings of another cult classic sensation from the writer/director with his signature style of comedy sprinkled throughout. Mewes and Smith are great in this film together. They both have great chemistry with one another and really shine on-screen together. The film has tonnes of cameos as well with the likes of Ben Affleck, Matt Damon, Chris Hemsworth, Justin Long, Fred Armisen and Robert Kirkman just to name a few. The film feels like a love letter from Kevin Smith to his fans, with call backs to his other projects and the obvious cameos, with a majority of the cameos featuring actors who have been in Kevin Smith films over the years since the early 1990’s. If you are a fan of Kevin Smith than you have been waiting quite some time to lay eyes on another Kevin Smith project so chances are you already own this one, but for those who are wanting a fun, albeit crazy adventure with two of pop culture’s most notable slackers, jay and Silent Bob, than this one is for you. It is funny, quirky and quite frankly insane and it is well worth your time. I am giving ‘Jay & Silent Bob Reboot’ a 7/10. For the special features alone, this one is well worth your time on Blu-Ray.

Jay (Jason Mewes) and his long-life best friend Silent Bob (Kevin Smith) are back! After getting arrested for doing what they do best (mostly smoking weed), Jay and Silent Bob find themselves detained and required to attend a court hearing. During this court session, the two discover that the famous comic characters they once created, "Bluntman and Chronic", are going to be rebooted. To make matters worse, Jay and Silent Bob can no longer use their very own names, as the names have become trademarked.
In frustration and outrage, the two decide to go on a road trip to try and stop this new reboot from ever happening and reclaim their names back. Naturally, Jay and Silent Bob will interact with many characters, including some familiar ones we have seen from their previous journeys along the way (these include characters from other Kevin Smith films such as Dogma, Clerks, Chasing Amy etc.).
For those who are not aware, this film is best enjoyed by Kevin Smith fans and also those who generally love the characters, Jay & Silent Bob. Unless you are familiar with the two leads, a newcomer to this series might find some of the jokes and callbacks to previous films slightly unfamiliar or even out of place. There are also many jokes and references to pop culture in this film which I felt was fun. General jokes about Marvel and DC, or even jokes about the current state of cinema today and how many movies nowadays are full of reboots was also a nice touch of humour.
I have seen all the Kevin Smith films, but I could not call myself a die-hard fan. I will admit to saying the director is very hit and miss for me. As a film, Jay & Silent Bob Reboot feels more like a celebration of the cast and crew and also a party based on the achievements of the director himself. Throughout the film, I was surprised to see the number of well-known actors who featured in this film. Actors such as Ben Affleck, Matt Damon, Val Kilmar, Melissa Benoist, and Chris Hemsworth are just some of the actors who appear ever so randomly in this feature.
Overall, fans of Jay and Silent Bob will generally know what to expect from this film- random one-liners, celebrity cameos and many references to Kevin Smith's previous films. There are moments I found humorous mostly because this film is just so random. No matter what I think, fans will rejoice to see these two guys once more on the big screen and enjoy a good laugh.
Peter has written this movie review for Sanity. See more from Peter here