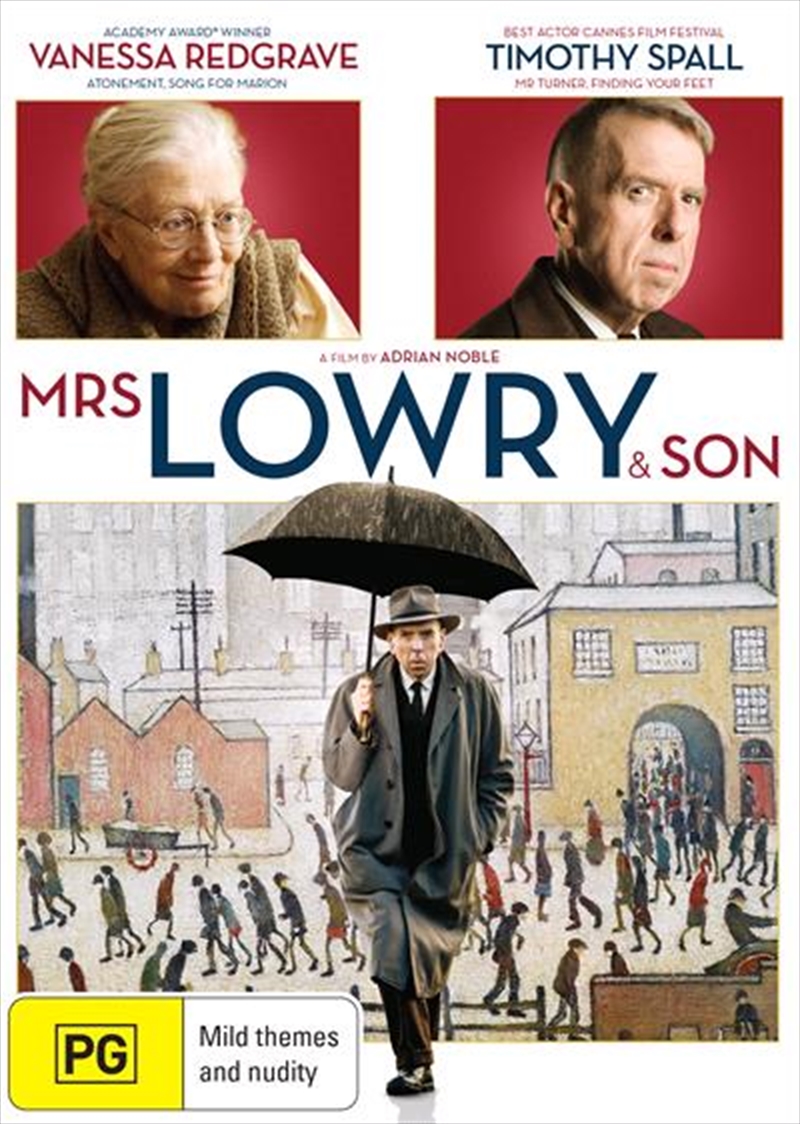 Shipping - See delivery options.
Postcode:
Quantity:
SEE MORE IN:
Cant Seem To Stream Movies & TV Clearance $5 Movies & TV Shows
An intimate and comical portrayal into one of the greatest artists of the 20th Century, L.S. Lowry, and his unhappy and controlling relationship with his bed-ridden mother, Elizabeth. Elizabeth actively tried to dissuade her bachelor son from pursuing his artistic ambitions, whilst never failing to voice her opinion at what a disappointment he was to her. The film follows Lowry in the beginnings of his career as he yearns to transition into having his work appreciated in London and beyond. We quickly come to learn that it is his disdainful mother, not his want of talent that is the ultimate obstacle to his success. At the same time, the film explores how Elizabeth is the very reason Lowry paints anything at all, as he desperately seeks to create something, anything, which will make her happy, creating a clever layer of tragic irony. This powerful, yet humorous drama imagines the impact this obsessive mother and son relationship had on the great artist.