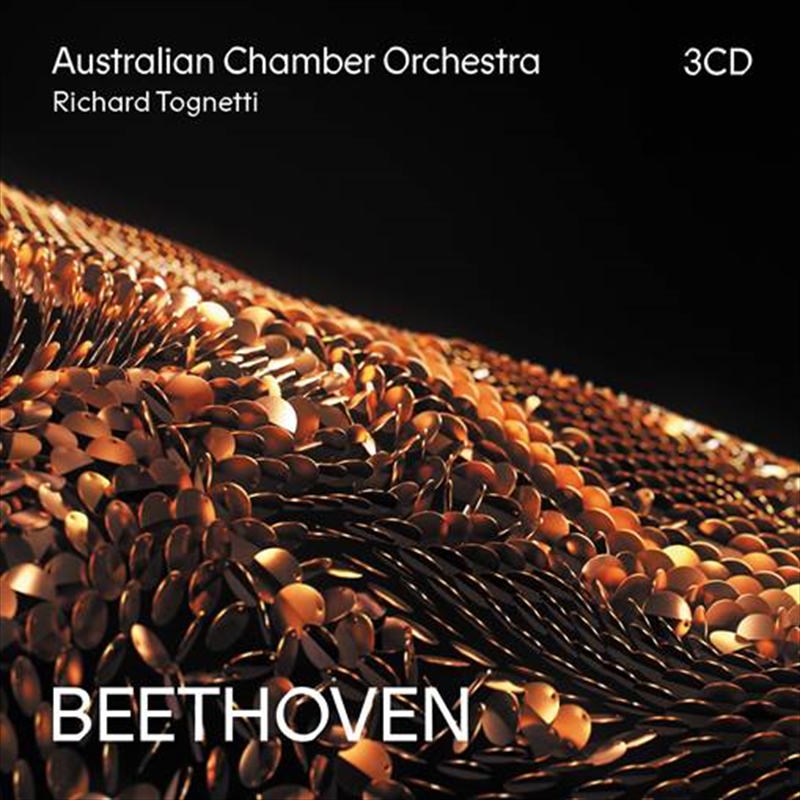 In 2020 the Australian Chamber Orchestra will celebrate two monumental anniversaries: 30 years of fearless leadership with ACO Artistic Director Richard Tognetti and 250 years since the birth of the great Ludwig van Beethoven.

To celebrate both milestones, ABC Classic is releasing a collection of the ACO’s legendary Beethoven recordings – including never-before released recordings of two of his greatest works: Symphonies 5 and 6.

These recordings represent some of the orchestra’s finest performances, including two #1 albums and three ARIA Award-nominees, and feature collaborations with some of Australia’s finest artists – soprano Nicole Car, and pianists Tamara Anna Cislowska and Erin Helyard.

Beethoven has endured for centuries as one of the most popular and beloved composers around the world, with his music found everywhere from concert halls, to film soundtracks, to disco-era chart-toppers. He was a true musical revolutionary and is credited with paving the transition between the Classical and Romantic eras. His music has always been a mainstay of the ACO’s core repertoire, but this marks the first time that they have recorded these two monumental symphonies.

Since its establishment in November 1975, the Australian Chamber Orchestra has become one of the world’s most daring and exciting ensembles, renowned globally for its inspired programming, unrivalled virtuosity, energy and individuality, showcased through an extensive and ongoing program of international touring and recordings for many of the world’s top labels

5.I. Awakening of cheerful feelings on arrival

6.II. Scene by the brook

7.Romance for Violin and Orchestra in F major,