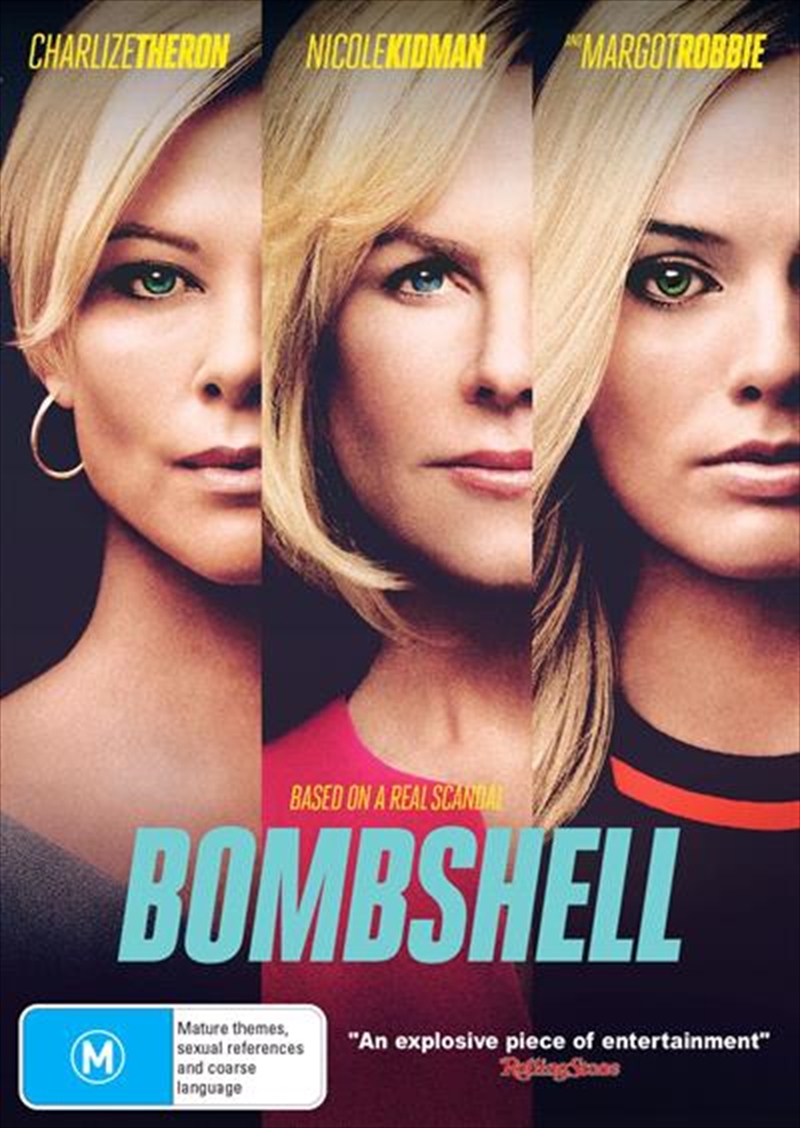 Based on a Real Scandal

A group of women take on Fox News head Roger Ailes and the toxic atmosphere he presided over at the network. Bombshell is a revealing look inside the most powerful and controversial media empire of all time; and the explosive story of the women who brought down the infamous man who created it.

Review of Bombshell by Christopher Pattison

There has been a trend in Hollywood for the past five years now, with directors primarily known for their work in Comedy, taking up the opportunity to tackle more serious films outside of their repertoire. Adam McKay directed ‘Vice’ and ‘The Big Short’, previously known for his paring with Will Ferrell with ‘Step Brothers’, ‘Anchorman’ and ‘The Other Guys’, Peter Farrelly with ‘Green Book’, more known for his raunchy comedies ‘There’s Something About Mary’ and ‘Dumb & Dumber’ & 'Hall Pass' and Jay Roach, known for his direction of 'Meet The Parent's and its sequels (Meet the Fockers & little Fockers), went on to direct Trumbo and now 2019’s Bombshell. This trend has paid off up until now, so does Jay Roach continue its success with Bombshell? The answer is yes!
Bombshell tells the tale of a group of women played by Charlize Theron, Nicole Kidman and Margot Robbie, who take on Fox News Head Roger Ailes (John Lithgow) and his toxic workplace in the early 2000’s. This is the first #MeToo film, yes the topic has been touched on over the past few years, but this film embraces the movement and really delves into the toxic workplace that Ailes resided over, more so then other films have in recent memory. The film is powerful in its message and really showcases how brave these women were in such a difficult time to raise these issues. The performances are all fantastic with Charlize Theron and Margot Robbie both nominated for Academy Awards for their work in the film and John Lithgow disappearing into the role of Roger Ailes proving to be unrecognisable. The story is slow in parts, but ultimately the end goal is satisfying and showcases a different look to what we have previously seen regarding this story. In 2019 also, Roger Ailes was bought to life by Russell Crowe in ‘The Loudest Voice’ on Stan. Is this film better than the show? I would not say it is better, it is just different. Both stories have a place and prove their existence, showcasing the issues of Fox News and Roger Ailes from a different perspective. Bombshell is a fascinating film that is well directed, terrifically acted and engaging as hell. I would recommend you check this one out if you get the chance.

Review of Bombshell by Peter Walkden

Based on a true story, Bombshell tells the story of a group of women who work at Fox News. Hard-working news presenter Gretchen (Nicole Kidman) is sick and tired of being harassed by her fellow news presenters and in the past was wronged by her boss, Roger Ailes (John Lithgow). Gretchen decides to make a stand and enters discussions with her lawyers. Soon we learn that Gretchen isn't the only one experiencing harassment from the same man. Fellow co-workers Megyn (Charlize Theron) and Kayla (Margot Robbie) have also had different encounters with Roger Ailes, and in the end, lives are affected forever.

This film was directed by Jay Roach, who is best known for directing a range of comedic films such as Austin Powers (1997), Meet the Parents (2000) & The Campaign (2012). Jay's direction has created an engaging film that left me curious to know if these women would receive justice.

Prior to watching I personally wasn't aware of the true story, this film was based on. The story is quite dramatic, and some moments are uncomfortable to watch. Performances in Bombshell are off the charts, particularly for actress Charlize Theron. Actresses Margot Robbie and Nicole Kidman were also outstanding. John Lithgow, who plays Roger Ailes, was fantastic.

Overall, Bombshell tells a powerful true story which will not be an easy watch due to its themes. This film is highly interesting, yet uncomfortable, but had my full attention for the duration. My determination to know the film's ending only grew as the movie progressed.