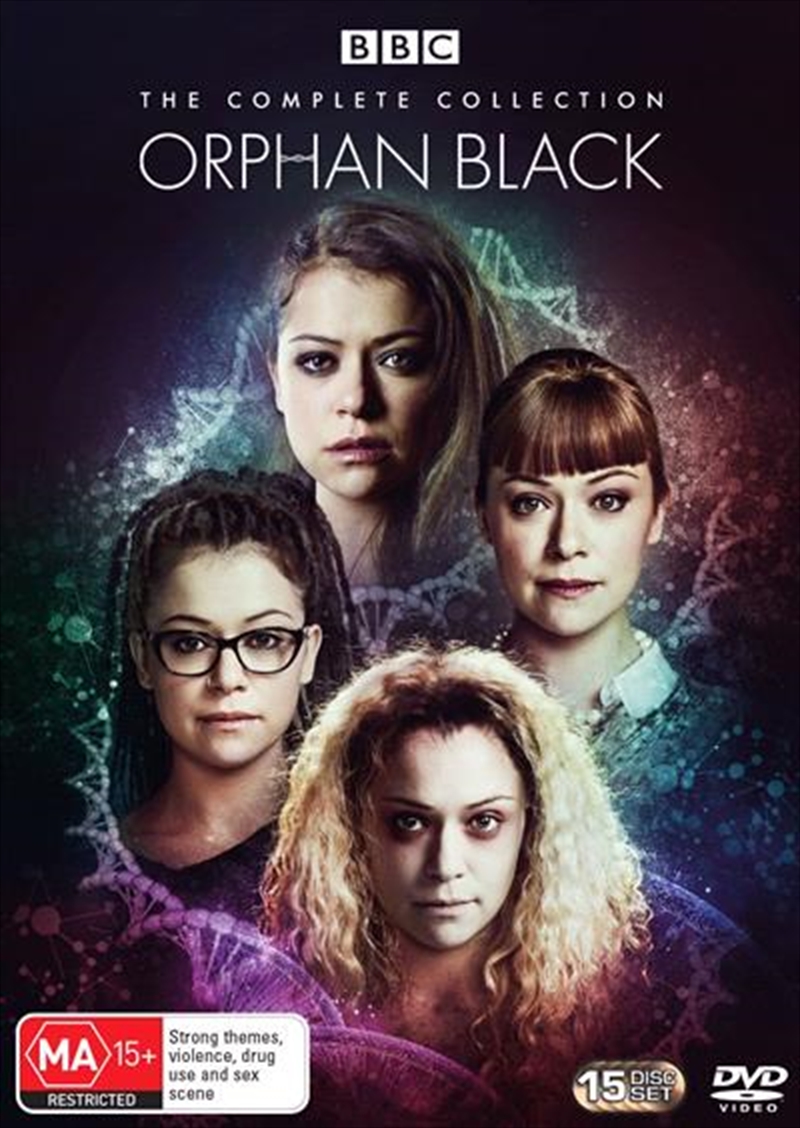 I am not your property.

She's one of a kind.
Series 1 :Sarah is a streetwise outsider, currently on the run from a bad relationship and painfully separated from her own daughter. When an eerily lookalike stranger commits a shocking suicide right in front of her, Sarah sees a potential solution to all her problems by assuming the dead woman#s identity and clearing out her bank account. But instead, she stumbles headlong into a kaleidoscopic thriller mystery, and soon uncovers an earth-shattering secret: she is a clone. As Sarah searches for answers, she soon learns there are more like her out there, genetically identical individuals, nurtured in wildly different circumstances. And someone is trying to kill them off, one by one.
Series 2: The multi-award winning, original series returns for a new gripping season. Sarah is Orphan Black. The result of a unique genetics experiment, a suicide in Series 1 leads her to stumble across the truth of her identity, and others like her. Series 2 hits the ground running with Sarah now in a desperate race to find her missing daughter Kira. Her scorched earth tactics have sparked a war with the pro-clone Rachel, dividing and endangering all the clones. With Alison's carefully crafted suburban world spinning out of control, and the genetic illness affecting Cosima threatening them all, Sarah must negotiate a dangerous world of new enemies and shifting allegiances to get to the bottom of the experiment that made them who they are. As Sarah discovers more about her past, mysterious newcomers appear, but can they be trusted? There are new and relentless players vying for Sarah's fate.
Series 3: The multi-award-winning hit show returns for an electrifying third series that introduces a dangerous new threat to the 'clone club' sisterhood. Just as Sarah and her clone sisters were beginning to piece together the complex conspiracy behind the shadowy Dyad Institute, the discovery of Project Castor # a top-secret military project producing highly trained male clones # throws their lives back into turmoil. Watched over by the ruthless matriarch Dr Coady, the Castor clones are focused, lethal soldiers. But who created them? And, more importantly, why? Sarah#s Ukrainian twin Helena is languishing in a Castor cell, feeling abandoned by the family she only recently reconciled with. So when Sarah decides to track her down, the Castor clones must brace themselves for a fierce battle. Meanwhile, Alison has begun a lucrative but shady new line of business, and Cosima has discovered the key to the synthetic sequences that could keep all of them alive...
Series 4: With the Castor clones no longer a threat, the Clone sisterhood seem set for a brighter future, until their past reappears to haunt them. One organisation has been pulling the strings of Leda, Castor, Dyad and Topside all along - Neolution. After reluctantly leaving her Icelandic safehouse, Sarah encounters a mysterious new ally with ties to the clone who started it all: Beth Childs. With the help of self-reliant hacker Dizzy, Sarah must follow Beth's footsteps towards a potent new enemy. As Sarah begins to feel the pressure of keeping her family safe, the sisters.
Series 5: Neolution is pushing the boundaries of science beyond what anyone thought possible. But at what cost? The mysterious P T Westmorland is the key to all of it. Seemingly 170 years old, he is on the brink of bringing his project to its sinister conclusion. For Sarah and her sisters, this is the start of a deadly endgame that will have extreme consequences - not just for them, but for the future of the entire human race. Can they finally expose the terrifying secrets at the heart of this corrupt corporation?