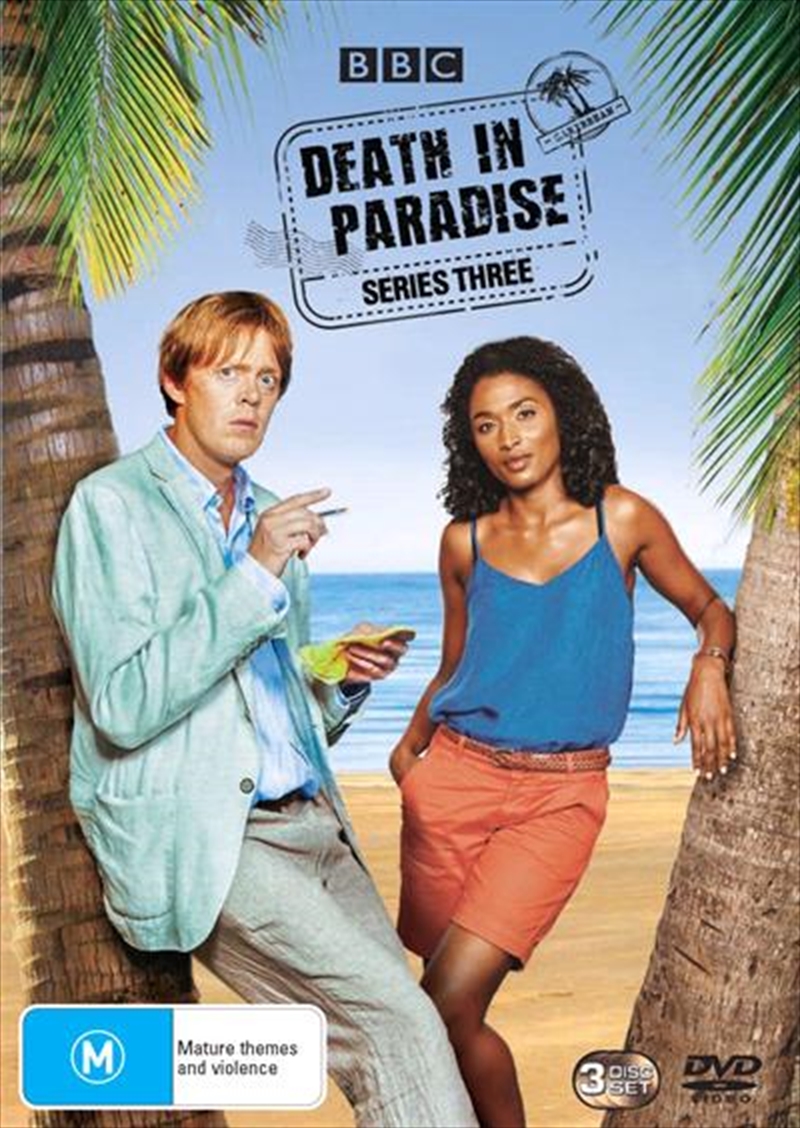 Shipping - See delivery options.
Postcode:
Quantity:
SEE MORE IN:
3 for $40 TV Death In Paradise Crime TV BBC
DESCRIPTION
For a detective who can't stand sand, even paradise can be Hell. DI Richard Poole is still trapped on the stunning Caribbean island of Saint Marie where, despite the sun, sea and sand continuing to irritate, he remains as brilliant as ever at solving seemingly impossible murders. His eye for detail, relentless logic and stubborn refusal to leave anything unexplained works seamlessly with the instinctive and insightful approach of the beautiful Sergeant Camille Bordey. Helped by the unorthodox Dwayne and ambitious Fidel, Richard and his team successfully tackle a baffling array of unique murder mysteries... from a death supposedly caused by a pirate's curse to a nun being killed in a locked room. But London beckons... as Richard's relationship with both the island and Camille develops will he at last find his place in the world?
DETAILS