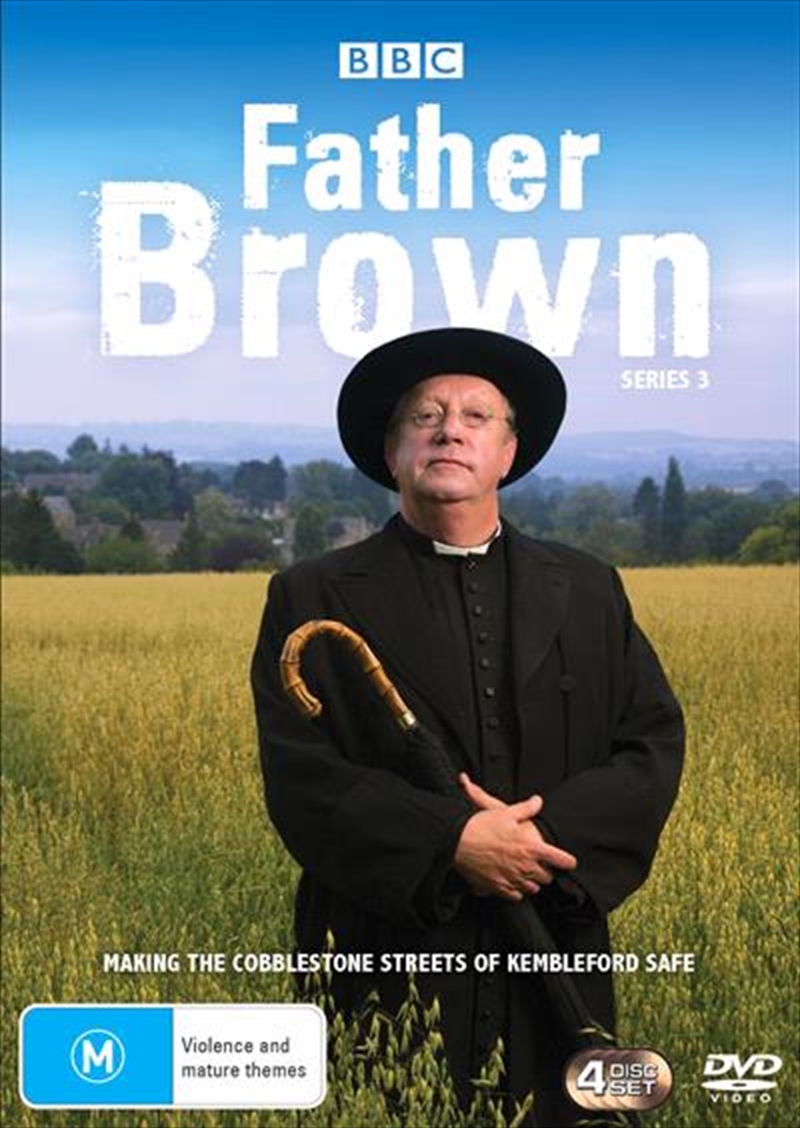 DESCRIPTION
A good man. A great priest. An even better detective.

Once again, in the sleepy Cotswold village, Father Brown is aided by no-nonsense parish secretary Mrs McCarthy, glamorous socialite Lady Felicia Montague and her chauffeur Sid Carter. In this series the priest finds himself embroiled with the Secret Service, which puts Lady Felicia in a compromising position. Sid is sent undercover into a theological college to flush out a killer and Mrs McCarthy takes on a group of travellers when a local man is found dead. Finally a fugitive takes sanctuary in St Mary's. Father Brown is stunned to realise that the man in the confessional is in fact Inspector Sullivan - and he's wanted for murder.
DETAILS