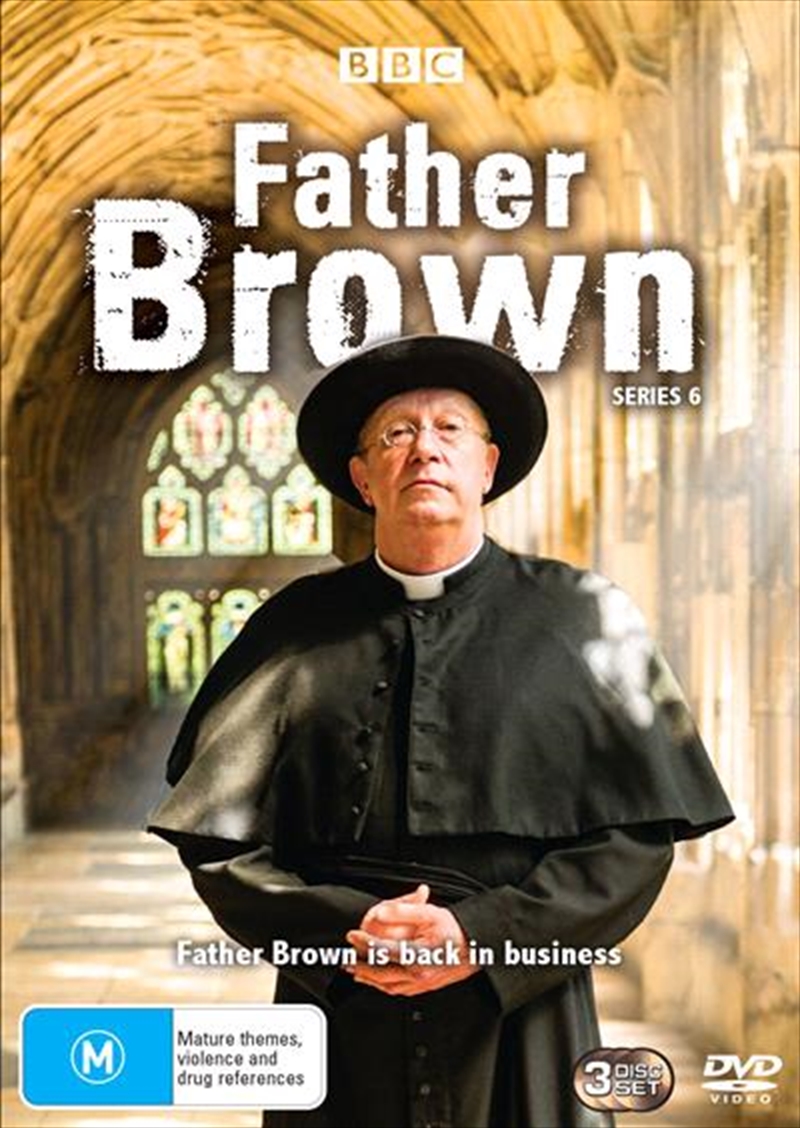 Shipping - See delivery options.
Postcode:
Quantity:
SEE MORE IN:
3 for $40 TV Father Brown BBC
Welcome back to the world of Father Brown. This is England in the 1950s a countryside dotted with small villages, rural parish churches and large country houses. In true tradition Father Brown investigates a crime in his own particular way.Series six sees Father Brown investigating a suspicious death at a care home, and a local bowls match quickly rolls out of control when it becomes a murder scene. Meanwhile, glamorous socialite Lady Felicia Montague returns to Kembleford and quickly gets wrapped up in a deadly encounter with a soviet spy. And when old foe Katherine Corven is suddenly released from prison, she comes back for revenge on Father Brown.