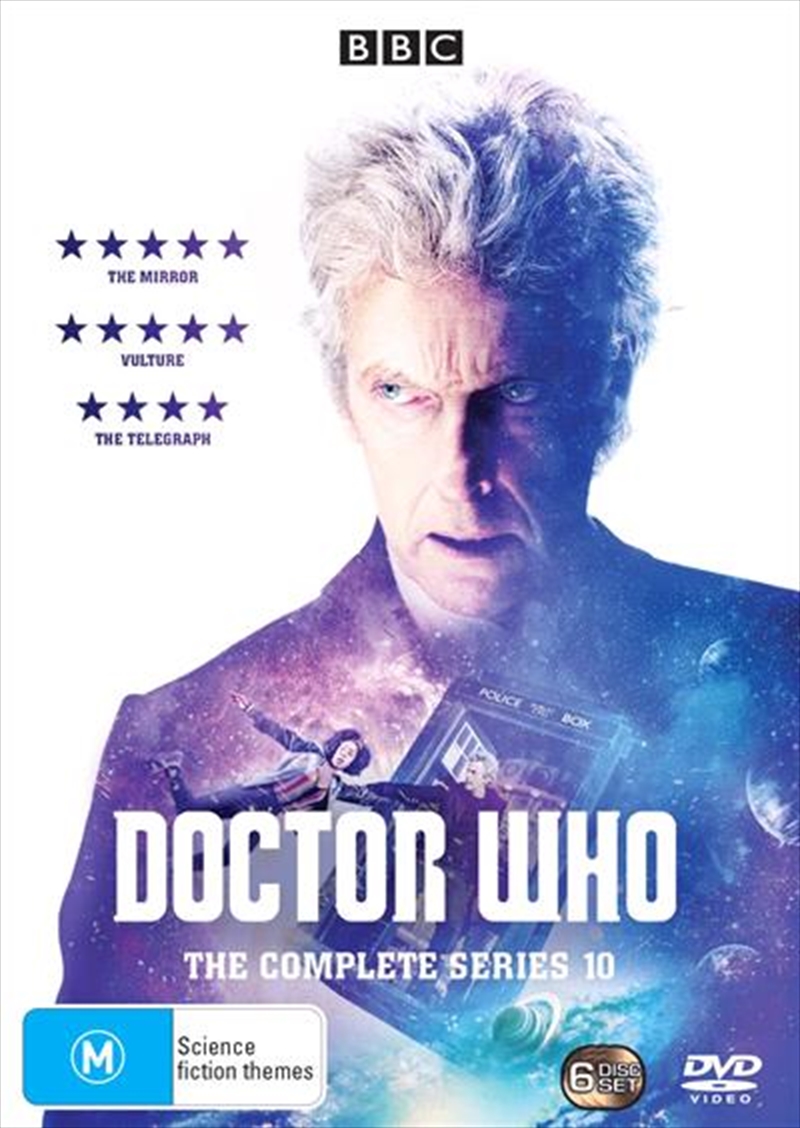 Shipping - See delivery options.
Postcode:
Quantity:
SEE MORE IN:
Doctor Who - All The DVDs & Merch BBC
Part 1: The Doctor (Peter Capaldi, in his final series) has taken an oath to guard the contents of a mysterious vault when he meets eager-to-learn Bill Potts (Pearl Mackie). The Time Lord is desperate to show his new friend the wonders of the universe and it falls to loveable android Nardole (Matt Lucas) to remind him of his duty. From emoji-speaking robots to a monster beneath the Thames, Bills universe is about to get a whole lot bigger.
Part 2:In Peter Capaldis final series, the Doctor continues his journey through Time and Space, and with Bill (Pearl Mackie) and Nardole (Matt Lucas) he embarks on a further set of exhilarating adventures. Their travels land them face-to-face with Ice Warriors and Cybermen, but the threesomes adventures draw to a terrifying conclusion as a long lost face returns from the past.