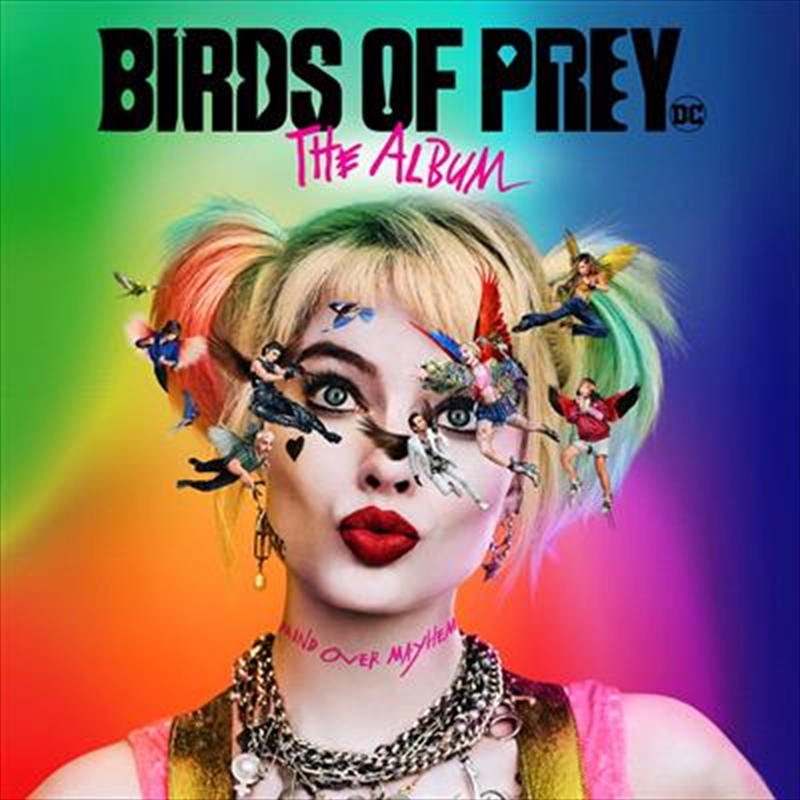 Review of Birds of Prey Soundtrack by Thomas Bleach

Compiling a specially curated soundtrack of all female artists, Birds Of Prey cohesively spreads their female empowerment message from the screenplay, to their cast and crew and right through to their bad ass soundtrack. Embodying the chaotic, sassy and empowering energy of the movie, this soundtrack finds the right balance between heart, messaging and pure fun. The fifteen track collection hears some of the music industry’s most exciting female artists and rising newcomers delivering a brand new song that aesthetically fits so perfectly within the blockbuster film. And what is particularly so great about this soundtrack is how experimental and diverse the sonical palettes are. Doja Cat’s ‘Boss Bitch’ is a song that immediately grabs your attention and will have you obsessing over her infectious chorus that hears her proclaiming; “I’m a bitch, I’m a boss. I’m a bitch and boss and I shine like gloss”. An absolute anthem. The uptempo dance-rap track is a perfect example of the high energy and pure sass that this soundtrack delivers. Following in her footsteps, WHIPPED CREAM & Baby Goth give you a thick beat with ‘So Thick’, while Megan Thee Stallion and ‘Normani’ turn up the heat with ‘Diamonds’. The alt-pop girls then change things up with some hard hitting lyrics from Charlotte Lawrence’s soulfully charged ‘Joke’s On You’ to Cyn’s genre bending ‘Lonely Gun’. But it’s Maisie Peter’s feminist anthem ‘Smile’ which will have you proactively thinking about the honest lyrics in a powerful way thanks to her unique sonical delivery. “It's my party, my body, my business. If he tries to control me, he's finished” she confidently sings during the second verse. Amping it up even further, Halsey brings the rock heat on ‘Expierment On Me’ while K.Flay channels her angsty energy from ‘Blood In The Cut’ on ‘Bad Memory’ and has the guitars crunching. In between all of this original new music, there are some artists who take an original spin on some covers of songs like ‘Sway’, ‘It’s A Mans World’ and ‘Hit Me With Your Best Shot’ which turn these famous tracks into fresh new earworms. The ‘Birds Of Prey’ soundtrack is a diverse and chaotic collection of pure angst, fun and sass, and it’s also exactly the sort of music you’d expect to hear Harley Quinn listening to while causing mayhem around Gotham.

5. Charlotte Lawrence – Joke's On You

8. Halsey - Experiment On Me