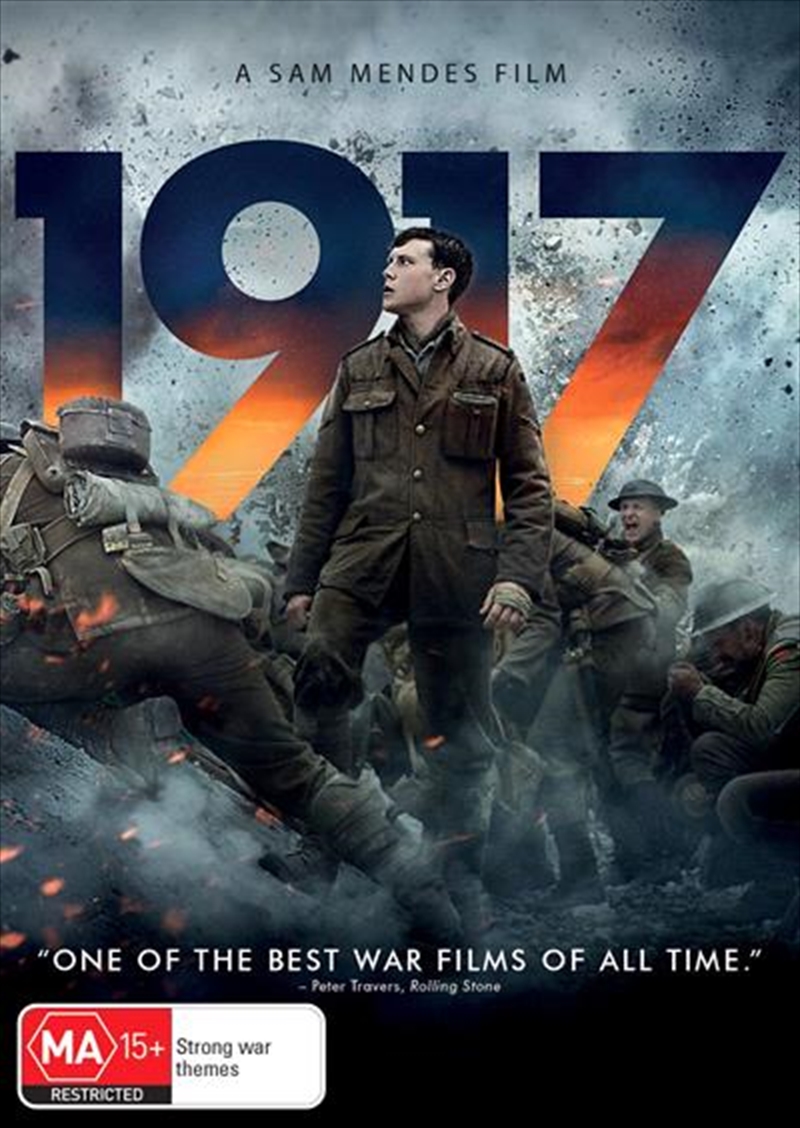 Time is the enemy.

Two young British soldiers during the First World War are given an impossible mission: deliver a message deep in enemy territory that will stop 1,600 men, and one of the soldiers' brothers, from walking straight into a deadly trap.

Review of 1917 by Christopher Pattison

Director Sam Mendez’s partnership with legendary director of photography Roger Deakins is iconic at this stage. Their work on Skyfall was remarkable and their work in 1917 is masterful. 1917 is a compelling, well-crafted war film, with the breathtaking one-take approach to the cinematography proving to be a stroke of genius. You really feel the tension of the situation and the peril these characters are in. Thomas Newman’s music is also wonderful, adding an ominous tone of dread, despair and courage. George Mackay’s grounded performance as our protagonist ‘Lance Corporal Schoefield’ guides the audience through the war torn parts of France, with the terrific production design and well-crafted set-pieces adding to the tension and despair that this war-setting provides. The realistic and grounded setting of the war adds to the audiences peril watching the events unfold. The environment looks cold, damp and unpleasant but at the same time riveting and engaging, you feel as if though you are watching history unfold right in-front of you and that is due to the masterful direction from Sam Mendez and the masterful shot composition from cinematographer Roger Deakins. The calibre of supporting cast members that also show up briefly was staggering with the likes of Benedict Cumberbatch, Colin Firth and Mark Strong providing the nuance and screen presence we have come to expect. 1917 is the definition of a spectacle, gorgeously shot, beautifully acted and wonderfully executed. If you get the chance to see 1917 make sure you do it either on 4K UHD or Blu-Ray, you will not be disappointed!

Review of 1917 by Peter Walkden

This film is set over the course of one day- the 6th of April, 1917. Two soldiers, Lance Corporal Blake (Dean-Charles Chapman) & Lance Corporal Schofield (George MacKay), are ordered to travel by foot and deliver an urgent message that will save the lives of 1, 600 soldiers.

As the film began I could not help but notice the cinematography. The entirety of this film feels like it is one continuous shot, carefully creating the tension of war. Camera lenses follow our characters the whole film, helping the audience feel as if we are there with them. Thanks to the style of this film, it is loaded with surprises and tension.

Convincing suspense and fear is created by the leading performances. Actors Dean-Charles Chapman & George MacKay were fantastic together on screen. As characters, they are quite different from one another but carry different strengths and elements. Other familiar actors make brief appearances in unforgettable supporting roles, including Mark Strong, Colin Firth & Benedict Cumberbatch.

Following an introduction to our leads, we immediately embark on a mission with them. Thanks to the rapid pacing, I found myself getting invested with this film rather quickly. Despite the constant tension, there were a couple of moments during the film, which sadly felt either predictable or too much of a coincidence.

Overall, 1917 is an unforgettable war film. It has a filming style which brings lots of tense moments to the screen, and as far as the audio and visuals go, I cannot fault any of it. 1917 is a must watch from the line-up of 2019.