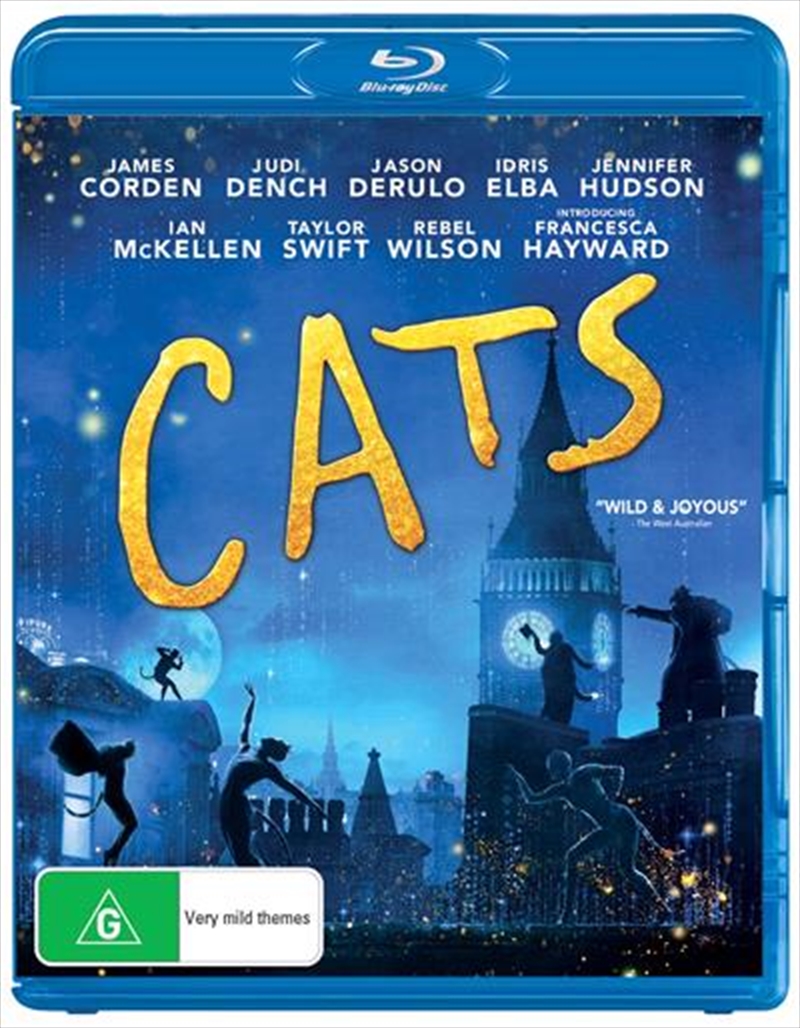 A tribe of cats called the Jellicles must decide yearly which one will ascend to the Heaviside Layer and come back to a new Jellicle life.

Review of Cats by Christopher Pattison

I have always had a soft spot for musicals. Whilst never having the chance to visit Broadway myself, adaptations of recent years have been very entertaining. With the involvement of Steven Spielberg as an executive producer as well, I was excited to see what Cats would offer. ‘Cats’ (2019) is a feature-length adaptation of the award-winning Broadway music created by Andrew Lloyd-Webber of the same name. Cats boasts an incredible cast with the likes of Idris Elba, Taylor Swift, Judi Dench, James Cordon, Rebel Wilson and Jason Derulo. Academy Award winning director ‘Tom Hooper’ (The Kings Speech) is at the helm, adding a great visual style and sure-handed direction to make the film feel energetic and lively. The musical numbers are fantastic, with the cast doing a great job with the dance choreography and singing. The set design is fun and light-hearted with obvious homages paid to the original play. The sets blend practical effects and CGI almost seamlessly, creating a lush and sometimes beautiful backdrop for the furry cast of characters to interact with. If you enjoy musicals then you are going to have a lot of fun with ‘Cats’, sure it is silly in some places and over the top in others, but the light-hearted tone, enjoyable cast and great musical set pieces, combine for a fun adaptation of the beloved musical classic that will be sure to make audiences smile and singalong to a tune or two.