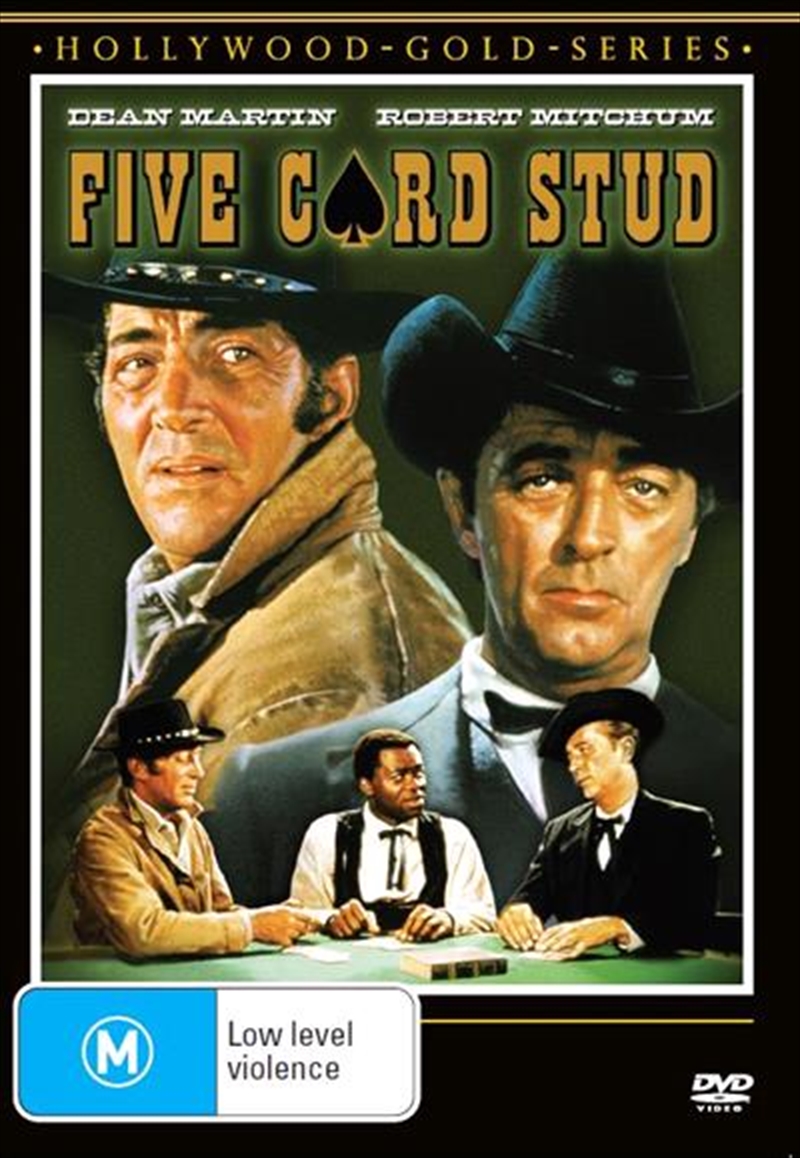 Shipping - See delivery options.
Postcode:
Quantity:
SEE MORE IN:
Dean Martin Shocking Clearance Movies & TV Clearance $5 Movies & TV Shows
A stranger is caught cheating in a game of five-card stud in a Rincon, Colorado saloon in 1880. Van Morgan (Dean Martin) unsuccessfully tries to save the gambler's life as the other five players lynch the cheat. Meanwhile, a gold rush has brought a group of outsiders to Rincon, like gun-toting preacher Jonathan Rudd (Robert Mitchum) and Lily Langford (Inger Stevens), with her collection of beautiful lady "barbers." When two townspeople are murdered, Van remembers that both victims were playing in the fatal card game. Tension mounts as the killer stalks the other players until, at last, two of the principals confront each other and, with a showdown gunfight, the case of the five-card stud game murders is closed.