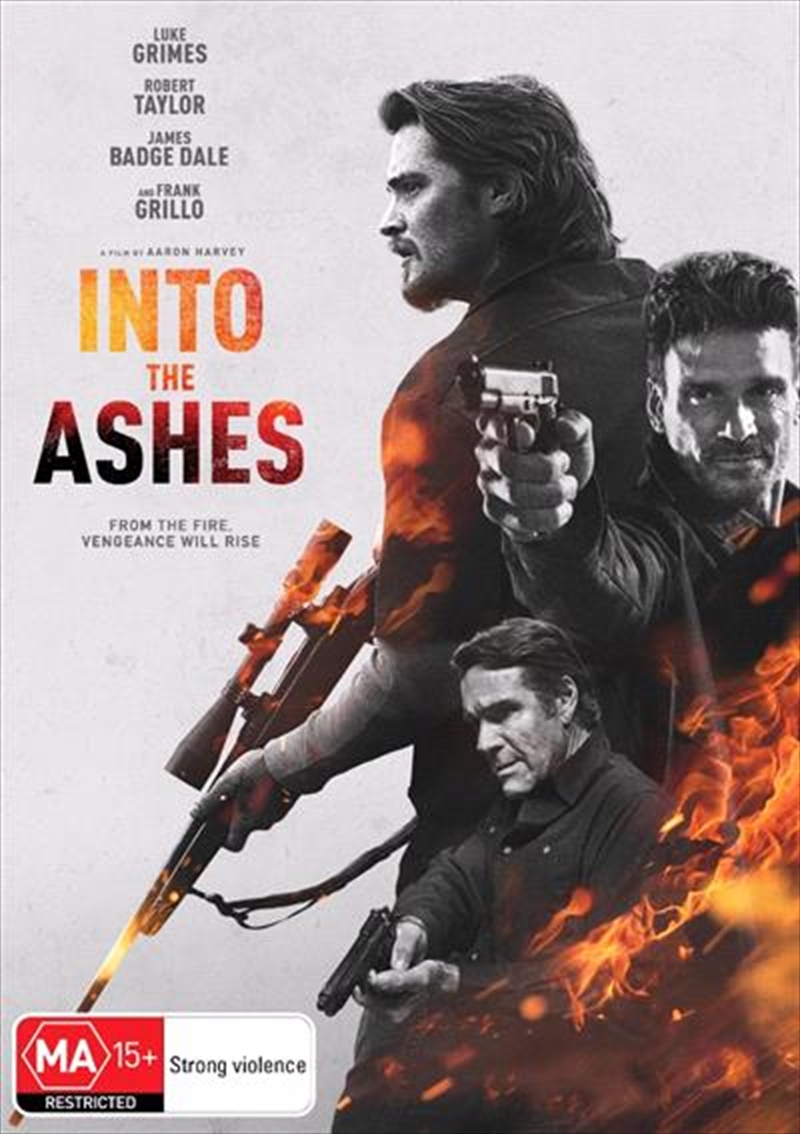 Into The Ashes DVD

From the fire vengeance will rise.

Into the Ashes' is a brutal revenge thriller from the team behind 'Cold in July' and 'Lawless'. With an honest job and a loving wife, Nick Brenner believed he had finally escaped his violent, criminal history. But his old crew, hasn't forgotten about him or the money he stole, and when they take what Nick now values the most - his wife - he has nothing left to lose. Confronted by the town sheriff, who is also his father-in-law, Nick must decide if he will stay on his new path or indulge in his need for revenge and force his enemies to pay for what they have done. Brooding, bullet-filled and breathtakingly violent, 'Into the Ashes' is an unmissable crime thriller.

Review of Into the Ashes by Peter Walkden

Nick (Luke Grimes) is a man with a dark criminal past. He now leads a new life working full time in a furniture store and is happily married to the sheriff’s daughter. Nick presently lives far away from his previous life and the two ex-criminal partners he used to work with.
Unfortunately for Nick, his ex-criminal partners, Sloan (Frank Grillo) & Charlie (David Cade), have now discovered Nick’s location. They decide to visit him, demanding their share of money from a previous job they all did together.
Into The Ashes is a slow burn revenge tale which I would compare to “No Country For Old Men” (which is one of my favourite films). Not everything regarding the plot is spoon-fed to our audience, and thinking is required. One scene I particularly enjoyed is when the sheriff arrives at a hotel only to find bodies and shot up cars. The viewers will need to consider what happened to certain characters. It is a different perspective, one I wished we had more of in films today.
Visually this film is shot well. Nice smooth camera movements are used to go along with this slow-burn revenge story. The film is not in a hurry to tell its tale, and the visuals also show that same slow, dark, and gritty vibe. There is also a faint and suspenseful musical score which builds some suspense at critical moments. It is basic, but I still found it compelling.
Performances are also solid, considering it is quite a small cast. The standout for me was the Australian actor, Robert Taylor who plays “The Sheriff”. This actor owned the screen whenever he appeared.
Overall, this is a slow burn revenge tale with solid performances from a small cast and a story which will require its audience to think first than being spoon-fed the plot the whole time. If you enjoy films such as “No Country For Old Men”, then I suggest you invest your time and check out “Into The Ashes”.
Peter has written this movie review for Sanity. See more from Peter here

Title: Into The Ashes