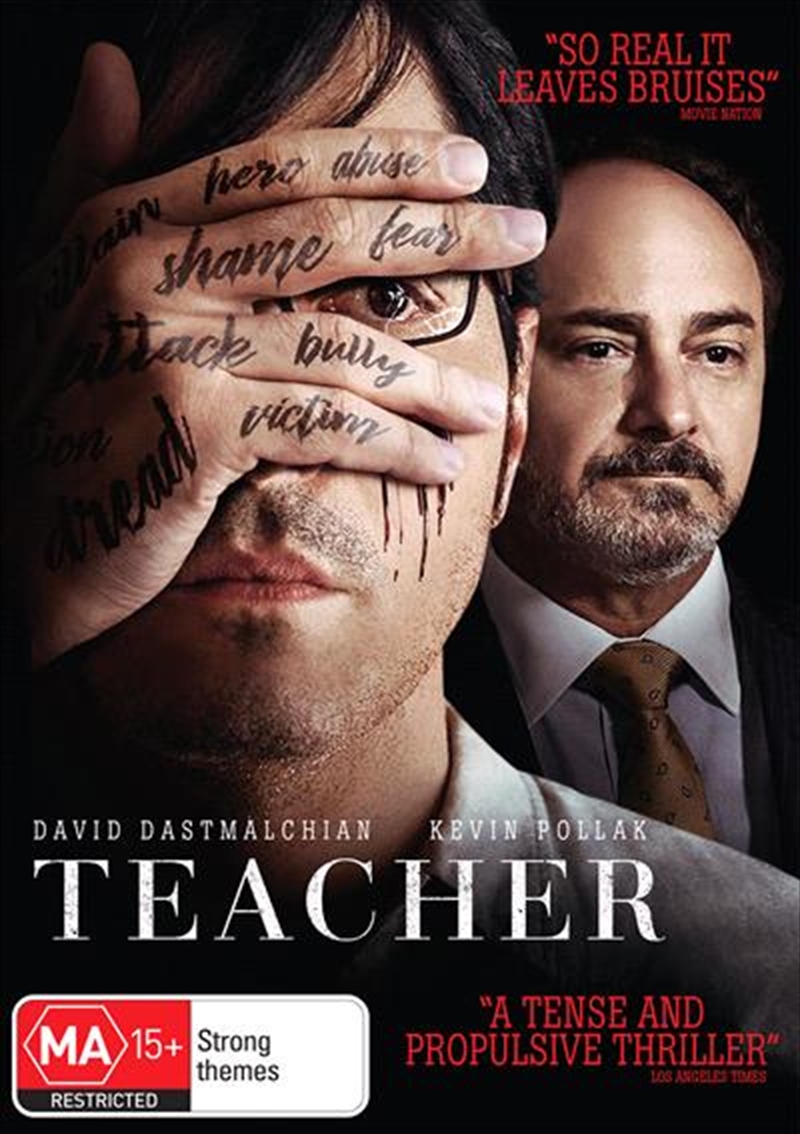 DESCRIPTION
Set in the wealthy suburbs, Teacher follows the downward spiral of high school English teacher James Lewis (David Dastmalchian, Ant-Man). Haunted by painful memories of his past and in the middle of a bitter divorce, his only source of stability is in the classroom, where he attempts to nurture his students including the talented Preston Walsh and the chronically shy Daniella Lopez. But when they suffer consistent bullying at the hands of Tim Cooper, the schools star baseball player, hes compelled to take action. When attempts to remedy the situation fail, tensions escalateand James is set on a collision course with Bernard Cooper (Kevin Pollak , The Front Runner and A Few Good Men), Tims father and the schools wealthiest benefactor.
DETAILS