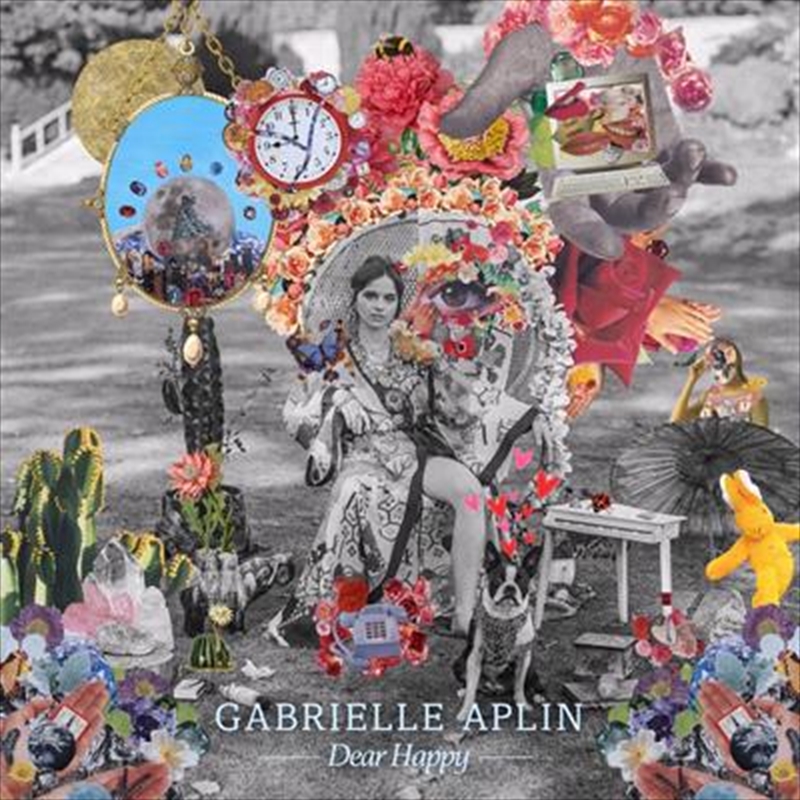 Gabrielle Aplin releases her third album Dear Happy.
Dear Happy is an uplifting pop record that chronicles Gabrielle's life, and the experiences and cultures she has been inspired by whilst touring and travelling the world.

The 14 tracks feature some of Gabrielle's most personal lyrical moments alongside a breadth of music and influences not yet heard from her before. The record displays the wonderful diversity of Gabrielle Aplin as both a pop star and songwriter.

Whether she is singing a stripped back piano ballad or a huge pop song, her lyrical content and emotive vocal delivery remain at the forefront of her music

Gabrielle Aplin doesn't want to play it safe and her third studio album is a true testament to that as she takes control of her narrative and creates a record that is authentically honest as well as sonically interesting. ‘Dear Happy’ is a record of pure self reflection and sonical exploration which hears the British singer-songwriter fighting for her confidence and stepping out of the shadows of the somber ballads she became well known for. Saturated in colourful pop sounds, this record adds a new layer to her honest storytelling and instead of completely taking over, she manages to make it compliment her artistry in a bold way. Opening with ‘Until The Sun Comes Up’ she delivers the first taste of the unique hopefulness that this record embodies. It’s a track that embraces new beginnings and questions the idea of what if you became a little reckless and just rolled with the punches. “Find myself and lose my mind” she sings during the verses before completely losing her inhibitions during the chorus and letting the energy of the pulsating synths take over during the hook. “We’re not letting go of tonight until the sun comes up”. Running out of the gate with this new sound; ‘Invisible’, ‘Kintsugi’, ‘Like You Say You Do’, ‘Nothing Really Matters’, ‘Magic’ and the ultimate banger ‘Miss You’ continue the euphoric dance-pop feels that drive this albums sonical palette. But it’s the groovy ‘Strange’ that switches up the approach just slightly with an INXS meets Sigrid production that oozes this really cool baseline which is ultimately catchy and makes you move in a completely different way to the rest of the record. ‘Just One Of Those Days’ is an immediate album highlight because of it’s candid pop nature and hears her stripping things back with a cinematic sweeping production layered with echoing vocoder on her vocals. Reflecting on a day where she doesn't feel like herself and doesn't want to face the day, she embraces the feeling as it’s a human condition to sometimes not feel 100%. “Maybe I will never change. Tell me I’m going through a phase. Cause it’s just one of those days when grace seems far away”. Closing the album with title track ‘Dear Happy’ she pulls together all of the themes for a reflective moment of cinematic pop in a really theatrical setting. Its the perfect closer to the album because it brings together all of the elements that make this album great and hears her celebrating her emotions. While ‘Dear Happy’ may be sonically the polar opposite to her previous two records, there is still a cohesiveness to the songwriting that ties together the whole feel in a comforting and confident way and allows you to see the essence of the Gabrielle Aplin you know and love in a different light.

1. Until The Sun Comes Up

3. One Of Those Days