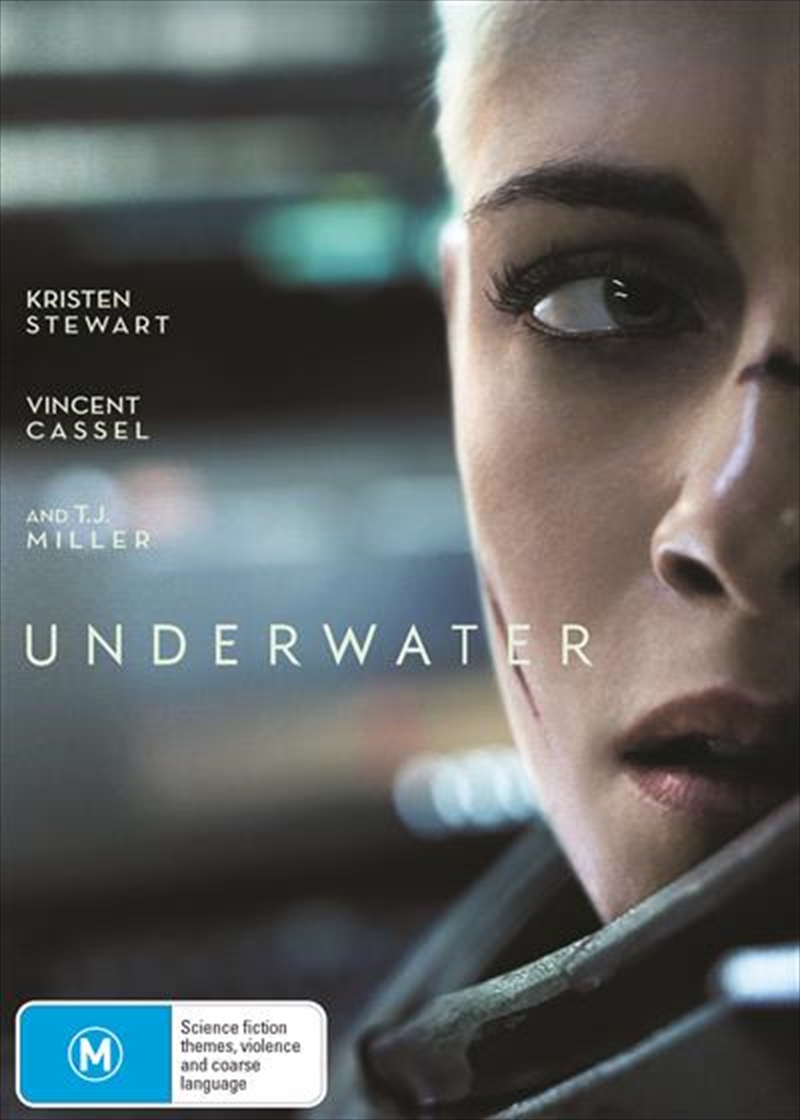 7 Miles Below the Ocean Surface Something Has Awakened

A crew of aquatic researchers work to get to safety after an earthquake devastates their subterranean laboratory. But the crew has more than the ocean seabed to fear.

Review of Underwater by Christopher Pattison

When discussions began all the way back in 2016 that Disney was looking to acquire Fox, many things were up in the air. What would happen to films in development was one of the biggest questions fans had. Underwater was filmed back in 2017 and has been shelved since then. With a modest production budget of $50 Million, the studio obviously had faith when they first greenlit the project, however, when Disney acquired Fox in 2018, this film got lost in the shuffle and was not released. It was not until January 2020, did ‘Underwater’ see the light of day in a limited cinematic run and now as of May 13th you can own it on DVD. So with a messy production and a belated release, how was William Eubank’s ‘Underwater’? ‘Underwater’ is a clever thriller film, with a fast pace and a great lead performance by Kristen Stewart, really acting as an Anchor to the entire film (excuse the underwater related pun). Her performance is reminiscent of Sigourney Weaver in the original Alien (1979) film all the way down to the short hair and the white tank top. The isolated hallways of the sinking underwater station are truly eerie and add a lot of suspense to the film. The unique direction of the underwater sequences by director William Eubank are fantastic to, with the CGI and effects sequences feeling quite organic and realistic without being overbearing. The creature designs are also fascinating and well done. The film takes obvious inspirations from the great H.P Lovecraft, with the giant creature at the end of the film resembling many of his designs. The breakneck pace of the film also keeps you thoroughly entertained, as the film holds you in its grasp and doesn’t let you breathe until the credits role at the very end. The supporting cast are enjoyable as well, with T.J Miller providing moments of levity with his trademark humour and Vincent Cassel as the Captain also providing an emotional backbone to the story so that you really do care for these characters and you are just hoping they can get out of this situation alive. ‘Underwater’ proves to be an enjoyable thriller, whilst providing us with familiar imagery from films that it was obviously inspired by (cough… Alien….) but it feels like it is almost paying respects to these films rather than ripping them off. If you are looking for a fun albeit familiar thriller than this one is for you.

Review of Underwater by Peter Walkden

A group of researchers work for a drilling company underwater in the deep blue sea. But after an unexpected earthquake erupts in water, tragic begins for the crew. The underwater facility is heavily damaged what is left of it is falling apart to the bottom of the sea. The mysterious earthquake also kills hundreds of people who were working underwater.
The remaining survivors must now band together and try to escape up to the surface and discover the cause of this earthquake along the way. The central team member this film follows is Norah (Kristen Stewart). Norah is a specialist when it comes using both computers and electronics. Working with her is the ships captain and fellow crew who all carry different and yet typical character traits we’ve seen in films before. Character traits such as the funny guy who consistently speak out one-liners or characters who are scared and worried at all times.
The films setups is highly enjoyable. I loved how, as the audience, we are introduced to Norah’s current world underwater and the status of her mind from being underwater for so long. The film also setups a fun mystery as this mysterious earthquake begins to strike and take the lives of many.
For the most part, Underwater is an enjoyable film when it comes to mysteries and the elements of suspense. I found myself tensing up certain moments and being surprised with certain outcomes which I thought would be predictable, but this film was able to prove me wrong at multiple times.
Kristen Stewart’s performance here is excellent, and I must say her performance surprised me as she expresses fear and concern throughout the film. The films set designs, and costumes look amazing (particularly the water suits!). The films visuals and audio aspects are also lively,
Overall, Underwater brings some new elements to the screen, by actress Kristen Stewart is a joyful sight to see, and the film set up, and mysteries are all fun.
Peter has written this movie review for Sanity. See more from Peter here