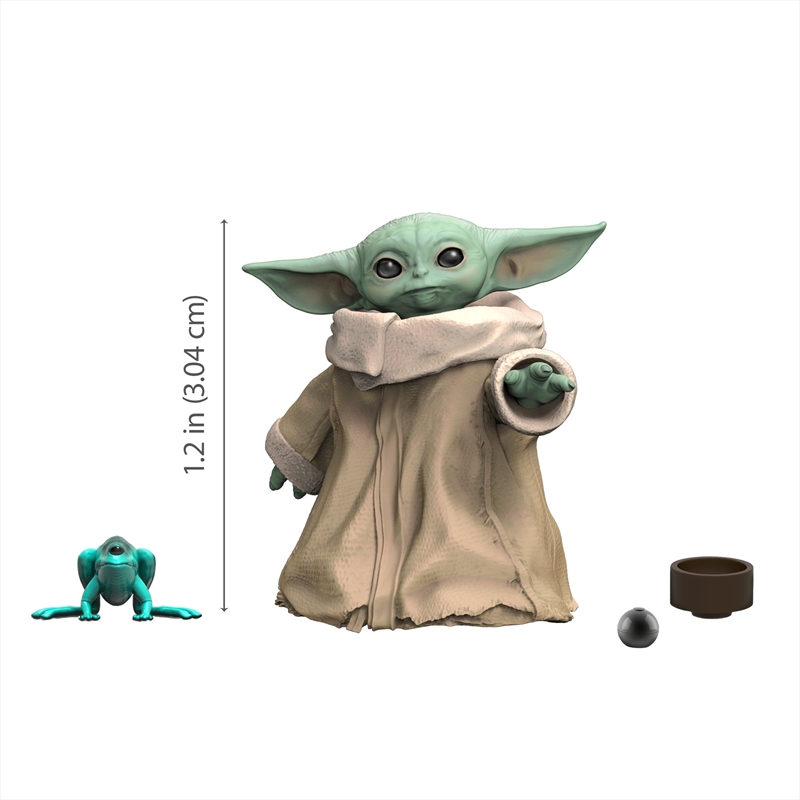 From Star Wars The Black Series: The Child 1.1-inch collectible action figure based on the so-cute-it-hurts character from the Disney Plus hit series The Mandalorian! You know, the one that’s all over the Internet.

He may look like a “Baby Yoda,” but he’s actually called The Child, and he is the most adorable new character from here to the Outer Rim! Now fans can add the pint-sized galactic sensation to their Star Wars The Black Series collections! Kids and collectors can imagine the cutest coos, gurgles, and gabbles the outer reaches have ever known with this figure from Star Wars The Black Series.

The 1.1-inch figure is styled to look like The Child from The Mandalorian live-action TV series, with premium detail and multiple points of articulation.

Fans have fallen in love with the character they call “Baby Yoda,” and now they can add him to their Star Wars The Black Series collections
Star Wars The Child action figure authentically styled after the fan-favorite character from the Disney Plus series The Mandalorian
Multiple points of articulation allow fans to pose their adorable space-baby figure in a variety of poses for display in their collection
Includes live-action TV series-based character-inspired accessories that allow fans and collectors to imagine scenes from the Star Wars galaxy
Look for movie- and entertainment-inspired Star Wars The Black Series figures to build a Star Wars galaxy (Each sold separately. Subject to availability)
Ages 4 and up.

?? WARNING: CHOKING HAZARD - Small parts. Not for children under 4 years.