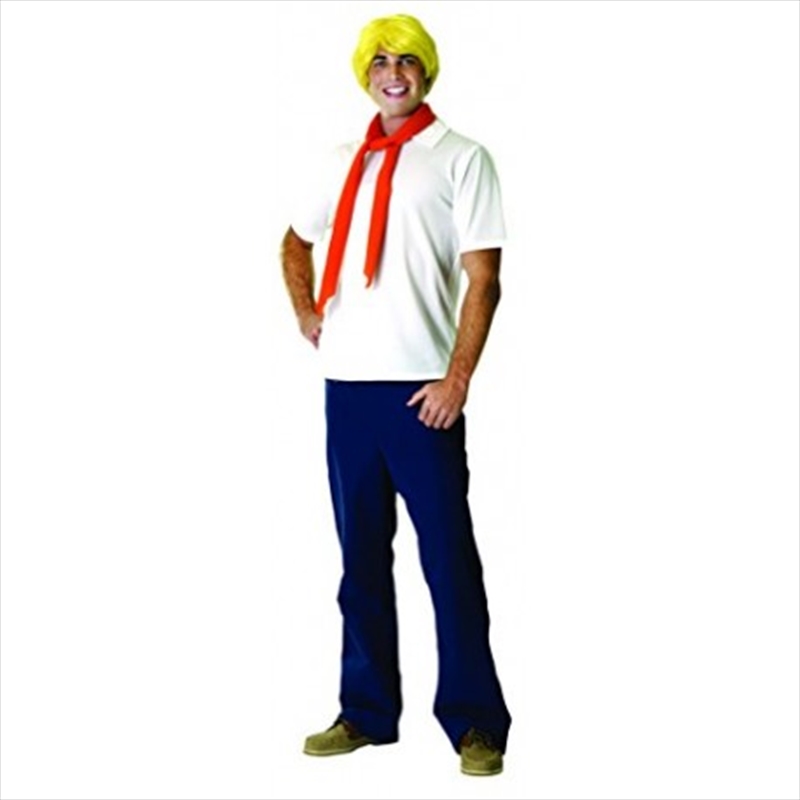 "Scooby Doo, where are you?" We all know and love the catchy song from Hanna-Barbera’s animated cartoon series “Scooby-Doo” from 1969, and the subsequent Warner Bros live action movies and TV spin-offs. It’s Frederick Herman Jones, member of the teenage crime solving gang led by Detective Shaggy Rogers and Scooby himself. But Fred is the leader in actually solving most of the crimes, as he forces the ultra-lazy Scooby Doo and Shaggy to stay until the crimes are solved! Handsome but bossy, become Fred Jones today in the trademark blue pants and white shirt and grab your friends Velma and Daphne too!