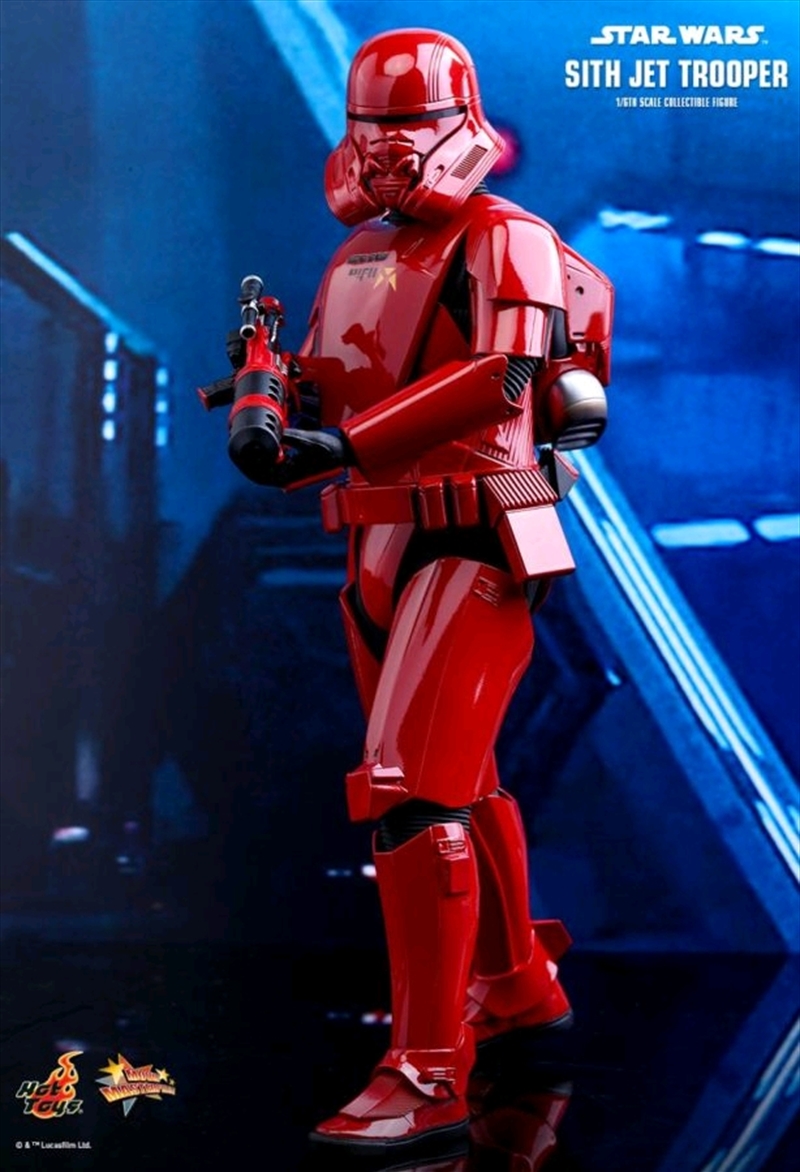 The official release of the widely anticipated new film, Star Wars: The Rise of Skywalker, is almost upon us. In its ultimate push toward galactic conquest, the First Order readies an army of elite soldiers that draw inspiration and power from a dark and ancient legacy.

- Authentic and detailed likeness of Sith Jet Trooper in Star Wars: The Rise of Skywalker
- Newly developed helmet with fine details
- Approximately 31 cm tall
- Body with over 30 points of articulations
- Seven (7) pieces of interchangeable gloved hands including:
- One (1) pair of fists
- One (1) pair of relaxed hands
- One (1) pair of hands for holding blaster
- One (1) open left hand