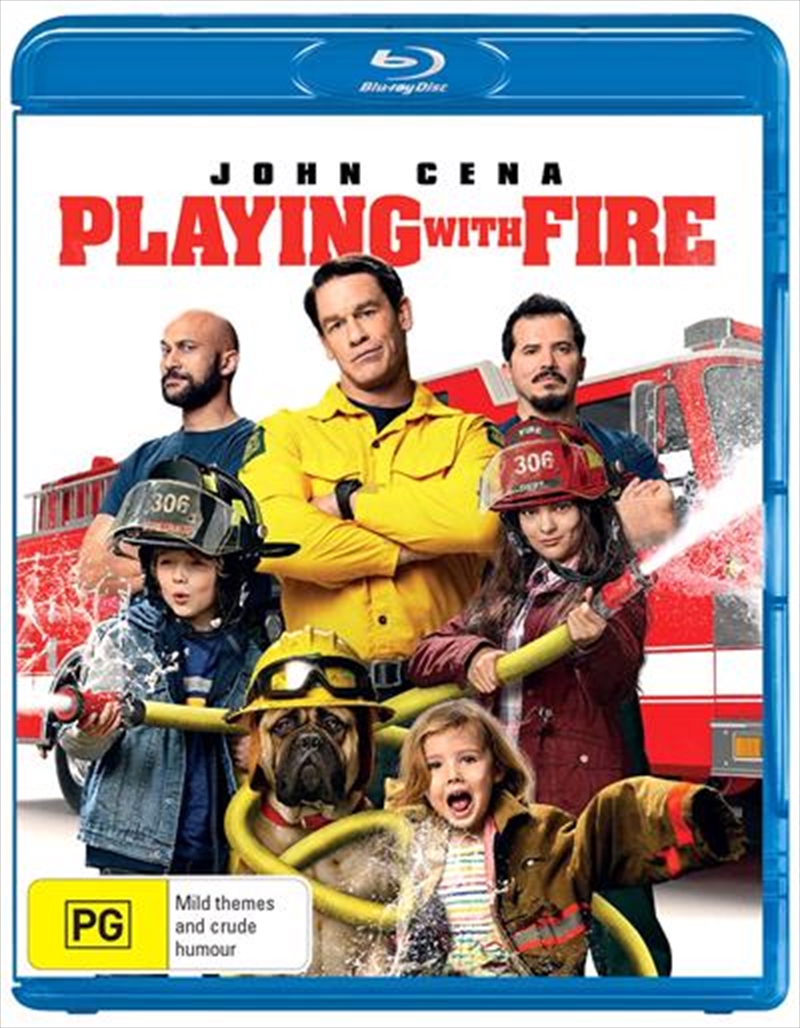 A crew of rugged fighters meet their match when attempting to rescue three rambunctious kids.

Review of Playing with Fire by Peter Walkden

Playing With Fire introduces watchers to a team of elite firefighters. The group includes Captain Jake (John Cena), Mark (Keegan-Michael Key), Rodrigo (John Leguizamo) & a tall large man who never speaks and goes by the name of Axe (Tyler Mane). We witness firsthand what these men capable of as firefighters as they attend an emergency located in the bush where many people are trapped. The men arrive on the scene like action heroes and save the day.
But soon the team is called to another fire disaster. This time they receive a call about a cabin in the woods, burning with three children still inside the cabin. Thankfully, the men are successful with their rescue, but now they assume the role of three young kids until the parents are able to collect them. Jake and the team stand guard over the next twenty-four hours and make sure the three kids are safe and secure.
Captain Jake and his team lay out the rules as the children stay the night, but as one might expect, these children are a larger handful than Jake, and his crew hoped for. The children enjoy getting up to no good and ignoring all rules. Can Jake and his fellow professional firefighters survive the night and control the new terror before it's too late?
If you loved Dennis The Menace, then Playing With Fire is one you'd enjoy too. Overall, Playing With Fire is a fun film which is best suited for families and younger children seeking a fun movie to watch. If you are seeking something light and a brainless comedy, this is undoubtedly a film that will provide just that.
Peter has written this movie review for Sanity. See more from Peter here