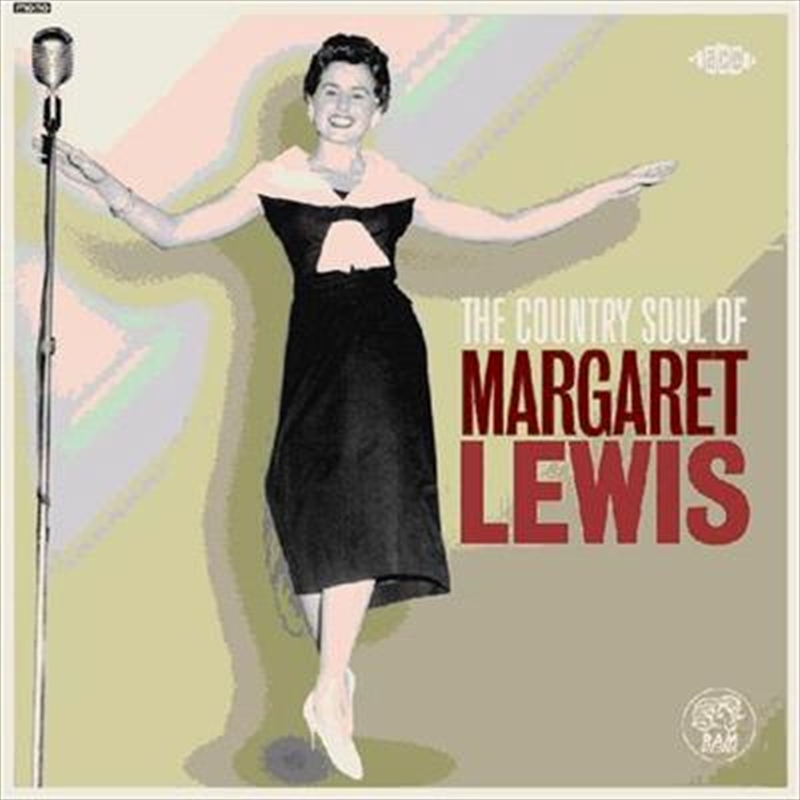 • The latest in our series of 4-track EPs features Margaret Lewis’ RAM recordings.

• Country and Soul are never that far apart and in Margaret Lewis’s vocal delivery, underpinned by Grace Tennessee’s shimmering guitar, they meld seamlessly.

• As if to prove this, the opening cut, ‘Reconsider Me’, was a hit for Johnny Adams in 1969. Margaret’s world-weary, almost resigned vocal tells a story that resonates across class and colour. The waltz time of the plaintive ‘It’s Alright (You Can Go)’ exposes Margaret’s Louisiana roots, adding another dimension to the varied sounds of this EP.

• Opening Side 2 is an out-and-out soul groove that is setting the UK’s New Breed dance scene alight, ‘Somethin’s Wrong Baby’. Although first issued in 1961 it presages the funkier sounds of later that decade, with a proto-James Brown style riff and great greasy sax all guaranteed to get the party started.

• The closing track opens with a sensuous guitar line from Grace Tennessee before Margaret’s bluesy vocal kicks in; a track that has been causing outbreaks of the stroll in dancehalls coast to coast.

2. You Oughta See My Baby