Win A Date With Tad Hamilton! 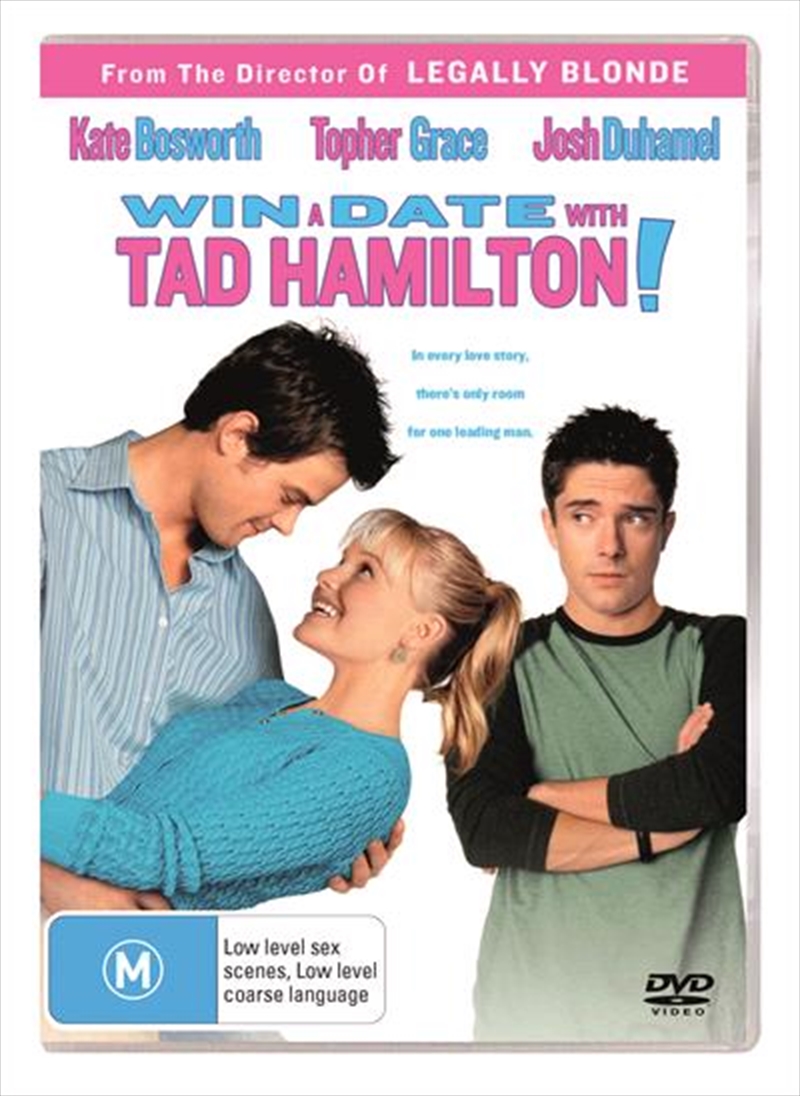 Win A Date With Tad Hamilton!

DESCRIPTION
In every love story, there's only room for one leading man.

Rosalee Futch is a grocery clerk living in rural West Virginia. But even a small-town girl can have big dreams, and Rosalee's is to someday--somehow--meet her big-screen idol Tad Hamilton. The somehow arrives in the form of a contest--the grand prize: a date with Tad Hamilton--and the someday is now. Rosalee wins, much to the chagrin of her best friend and co-worker Pete, who is deeply, hopelessly--and secretly--in love with Rosalee. The Win a Date contest was cooked up by Tad's agent, Richard Levy, and his manager, also named Richard Levy, to clean up Tad's bad-boy image. Someone should have told them to be careful what you wish for. When Tad meets Rosalee and gets a taste of what he's been missing in the real world, he decides he wants seconds and moves to West Virginia, turning Rosalee's dream come true into a nightmare for Richard Levy, Richard Levy and, most of all, Pete.
TRAILER
DETAILS