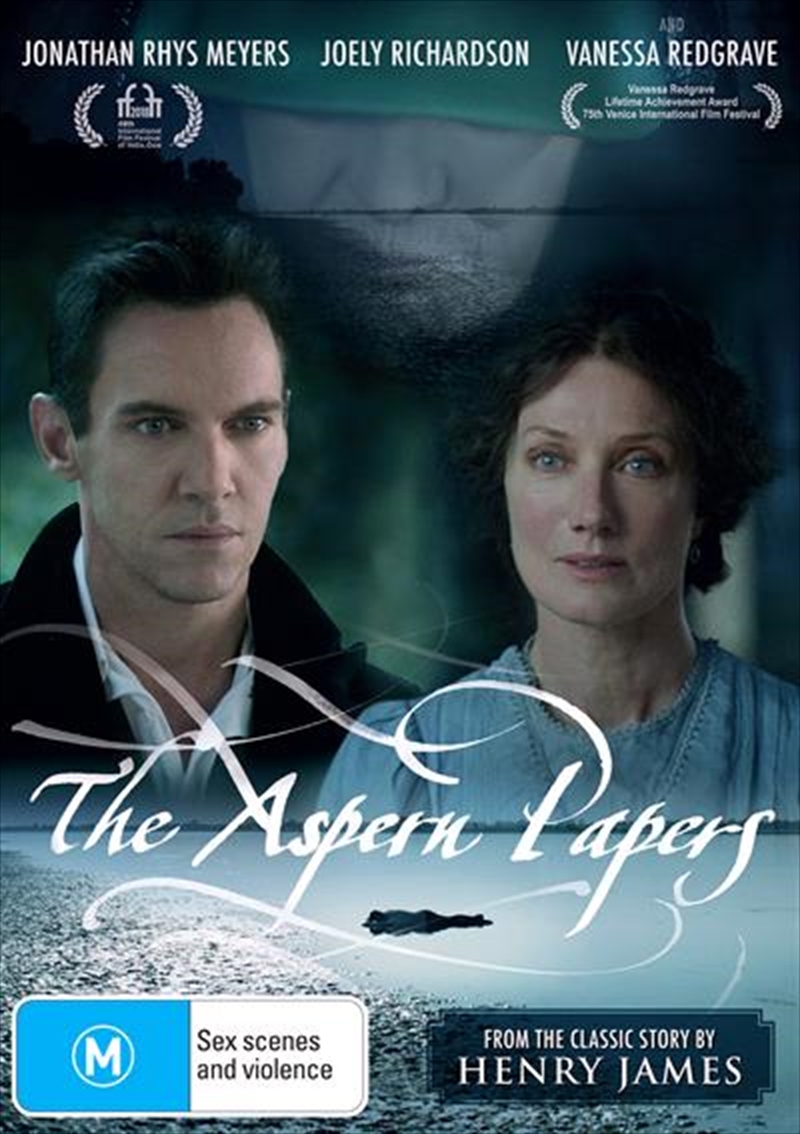 Shipping - See delivery options.
Postcode:
Quantity:
SEE MORE IN:
3 for $20 Movies & More
Based on Henry Jamess celebrated novella and set in the late 19th Century, The Aspern Papers tells of an ambitious American editor obsessed with iconic poet Jeffrey Aspern. Determined to obtain the letters Aspern wrote to his lover and muse years earlier, Morton Vint (Jonathan Rhys Meyers, TVs Vikings) travels to Venice and meets the now elderly Juliana Bordereau (screen legend Vanessa Redgrave), along with her quiet niece (Joely Richardson, Red Sparrow), in their grand but dilapidated palazzo. Assuming a false identity and initially concealing his true intentions, Vint ultimately charms the niece into helping him with his obsession. But do these letters really existand what scandalous information about Juliana and Aspern will they bring to the surface?